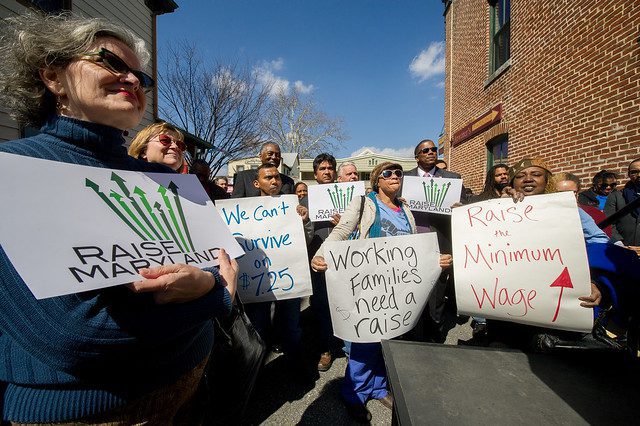 In my years participating in progressive movements, fighting “the good fight” alongside other visionary activists and progressives with very different personalities, different strategies, and different campaigning styles, I have noticed two dominant tendencies.

There are those who easily accept that progress is incremental, emphasizing that “We’re getting there” with each step along the way. And there are those who point out that radical change is needed now, and every baby step remains “too little, too late.”

These aren’t adversarial ideologies – because both camps draw energy and sustenance from small victories, and both use their dissatisfaction with the status quo, frustration or impatience to work harder for change.

Whether they claim, “At last!” Or say, “Almost there,” both  camps recognize an important event, a relative victory, or a step forward when they see it. And they saw it last month, when the U.S. House of Representatives passed a bill establishing the right of working Americans to a better wage  — a feasible living wage set at $15 an hour.

The bill enacted in the Democrat-controlled House passed by a  231 to 199 vote. It now faces a steep hurdle: the Republican Senate Majority Leader Mitch McConnel said he won’t allow the measure to be debated in the upper chamber. The ability of Democrats to push through legislation which protects the livelihood of everyday citizens stands in sharp contrast to the Republicans who have steadfastly resisted increasing the minimum wage above its present abysmally low $7.25 an hour.

We’re not there yet. But the achievement in the House is  more than a pyrrhic victory.

Speaker of the House Nancy Pelosi, a Democrat, said the bill was about fairness for the American people.

For me, It represents a step forward in the movement to help every family earn enough to thrive.

History of a modern movement

The movement to change this situation and raise the minimum wage to a living wage, known from its inception as the “ The Fight for $15” has been a struggle led by American workers. It stands out uniquely because it is the largest protest movement led by low wage workers in American history.

It began with a protest action in New York City in 2012, when 200 fast food workers walked off the job to demand a union and a $15 an hour minimum wage. This initial protest action defied the forecasts that it was a fly-by-night phenomenon, likely to last merely a few months.

Read more from Community Change’s communications fellows about the history of the Fight for $15 movement.

However, 21 states still let workers languish, or marginally subsist on poverty wages. No one can survive on $7.25 an hour. It’s not even enough to buy your family a meal at McDonalds.

The immediate positive impact of a universal $15 an hour minimum wage is powerful, especially given the number of workers who are presently exploited. Minority workers suffer particularly high levels of wage exploitation. Forty percent of all black workers would immediately get a raise if everyone received $15 an hour minimum wage. Furthermore, if made into law, the bill would raise the wages of countless workers with disabilities, youth workers, and tipped workers.

This legislative step also empowers more state and city governments to act on their own topass higher local minimum wage laws. And it leverages support for the other major goal of the Fight for $15 movement, which is the right of all workers to unionize.

Those opposed to the increase argue that a $15 an hour minimum wage may result in the loss of jobs, negatively impacting small businesses who will cut employees. However, the House bill safeguards against this possibility by including a study of the effects of the bill in a few years, leaving room to make adjustments if more jobs are lost than expected. The bill gradually raises the minimum wage over the next five years, until reaching the living wage goal in 2025.

A universal living wage at $15 an hour (or higher, as we adjust the minimum wage to harsh economic times) is an inevitability.  The time is nigh.

Darryl Lorenzo Wellington is a fellow at Community Change.