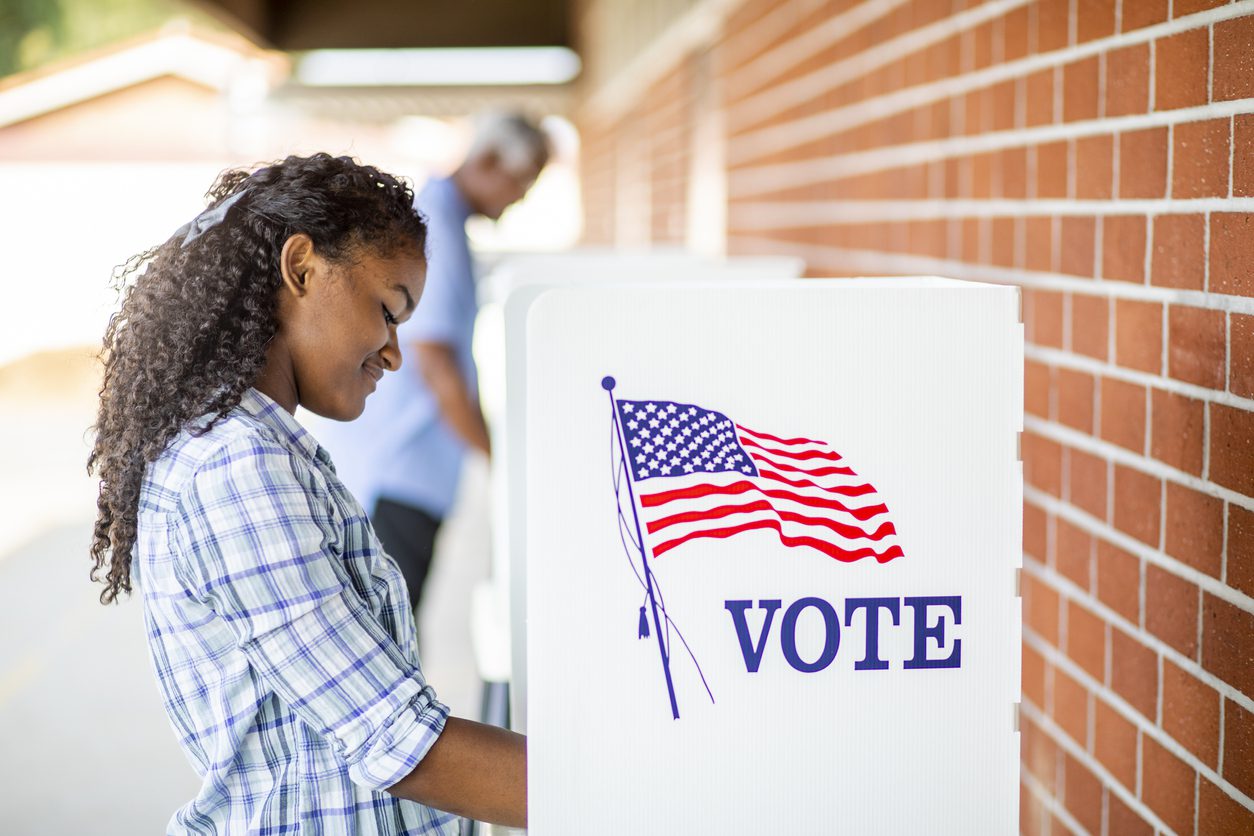 Some lawmakers are out of touch with international leaders, the Nobel Peace committee and what it means to be a Democracy.

Since losing the November presidential and Congressional races, the GOP has sponsored over 250 bills that restrict voter access in over forty states that are likely to disproportionately affect Black and brown voters.

Statesmen and humanitarians across the world agree: To disrespect the rights of every American to vote is to disrespect the foundations of a constitutional democracy. And to expand access to the voting booth is among the highest civic goods in the tradition of leaders like Martin Luther King Jr. who paved the path to freedom and justice.

It’s why they nominated Stacey Abrams for the Nobel Peace prize, in honor of her work with Fair Fight to “promote fair elections around the country, encourage voter participation in elections, and educate voters about elections and their rights.”

The member of the Norwegian Parliament who made the nomination, Lars Haltbrekken wrote that Abrams’  work  completes King’s mission. Abram’s goals are “Crucial if the United States of America shall succeed in its effort to create fraternity between all its peoples and a peaceful and just society, “ he wrote. He was clear that progress and justice hinge on voting rights.

Those trying to restrict voting, on the other hand, have chosen the path that stymies progress and could seed enmity, discord and hostility among an electorate that may rightfully feel their voices are being stifled.

In March, for example, after an historic Senate election that flipped the U.S. Congress blue, Georgia Republicans passed a sweeping law that restricts voting access. The law reeks of the bygone days of Jim Crow poll taxes: It introduced rigid voter identification requirements for absentee ballots, limits drop boxes and restricts who can use provisional ballots.

These measures all make voting harder for people who have hectic schedules, limited time, or who live far away from polling places. Not to mention the (mostly Black, brown and immigrant) voters who don’t have a government-issued photo ID.

The law even makes it a crime to offer food and water to voters who may have been waiting in line for hours.

No evidence exists of widespread voter fraud in 2020.  A  large body of evidence confirms that American elections are secure from both hacking and fraud.

Civil rights groups have been at the forefront fighting to stop the anti-democracy bills from becoming laws.

Despite our country’s deep-seated issues with racism, we have made history over the past fifteen years with the election of our first Black President in 2008 and first Black and South Asian woman Vice-President in 2020. Now is not the time to set back this progress by creating a permanent underclass of Blacks who cannot participate in elections.

We must return to the values of the late Civil Rights activist and Representative John Lewis and enact his Voting Rights Advancement Act (H.R. 4) and the the For the People Act (H.R. 1), which has already passed the House of Representatives, and is supported by President Biden. It is truly what we need to preserve democracy.

H.R. 1 would simplify and ease voter registration. It lets all eligible voters become automatically registered when visiting state and federal agencies, requires all federal elections to start with an identical set of rules and nullifies voter ID laws that disenfranchise married women and people without a driver’s license. The Act requires jurisdictions to provide at least one secure ballot drop box for every 20,000 voters.

It’s democracy in action and the fastest track to empowering workers, people of color, women and immigrants.

It’s an overdue update of voting rights for our time that addresses how severely excess money in politics subverts democracy. The power of each vote is crippled when candidates are backed by billion dollar corporations. The Act includes provisions that will stymie the flow of so-called dark money, whose donors are kept secret. These provisions put stop gaps on the unlimited flow of money into politics that was sanctioned by the Supreme Court’s 2010 Citizen United decision.

The adage “It was the best of times; it was the worst of times” is fitting as there could not be a starker contrast between those who promote policies which lead to undemocratic division versus those who offer us a chance to expand our democracy and heal our divisions.

Let’s make a choice for the best of times.

Unite the Vote for the Vote!

“The basic elements so vital to Negro advancement can only be achieved by seeking redress from government at local, state and federal levels. To do this the vote is essential,” […]

Democrat Doug Jones managed to accomplish last week what conventional wisdom thought impossible when he defeated the GOP candidate Roy Moore, an alleged pedophile and bigot, to become the next […]

How You Can Help Stop Voter Suppression in Florida

Last year, I became a United States citizen and a registered voter after living as an undocumented immigrant in this country for more than a decade. I was born in […]

The state must do all it can to enfranchise its citizens and expand democracy for all.