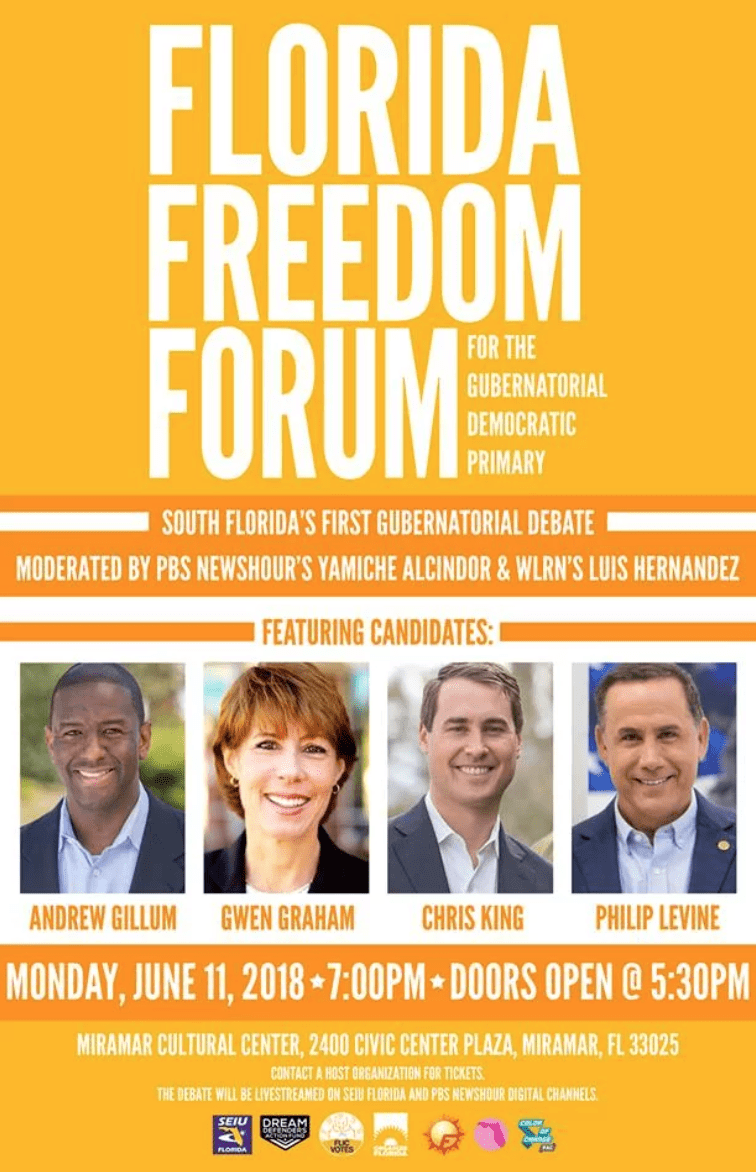 Florida voters will have a critical choice to make in November.

For two decades, Florida has had a Republican governor with disastrous results for Floridians. Today, 3.3 million households – 45 % of the state’s household – identify as poor and are struggling to make ends meet. It’s especially bad for households with children.

But it doesn’t’ have to be this way. We can do something about it when we vote for governor in November.

In advance of this critical decision for Floridians, Change Wire decided to speak with South Florida voters about the issues they would like the candidates to address. From prison to transportation, we heard clear concerns and asks from the community. Three voters shared their thoughts with us.

Miranda is a Black American citizen registered to vote in Florida. She wants candidates for Florida governor to speak on police brutality, equal pay for equal work and the rights of the LGBTQAI community.Belle Glade, FL

Miranda plans on voting in both the primary and general elections for Florida Governor. She would like state leadership to address the issue of police brutality in her community. In her own words, “there are a lot of deaths that have been happening in the Black community and Hispanic community and I feel like there should be more eyes on that.” As a student and a woman, she would like to know how the candidates would work to close the pay gap. For every dollar a man makes, a black woman makes 63 cents. What would candidates do to address this gendered and economic inequality? Finally, she called for support for the LGBTQAI community. Miranda emphasized that the community still faces discrimination and mistreatment.

“We need elected officials to be outspoken supporters of our community.”

Noah is a Haitian American voter from Ives Estates, Florida. He wants candidates for Florida Governor to speak on prison reform, the decriminalization of marijuana, student debt and job growth.

Noah will be coming out to the polls in August for the primaries and again in November for the general election. He had a clear vision on the issues he would like a prospective governor to address. In his words, prison reform is a major issue as “people of color have been abused by the system because of crimes they didn’t commit or because they are facing harder penalties.”He mentioned that Kalief Browder is a prime example of the injustice he would like the candidates to address. A related issue is the criminalization of marijuana. Noah emphasized the fact that many Floridians need marijuana for health reasons but still face overwhelming restrictions accessing it and could face years in prison for using it. Lastly, as a millennial in the tech industry, Noah would like to hear the prospective governors’ plan on creating jobs for a generation of highly educated and underpaid millennials.

“How will you address these things so that I, as a millennial, can feel comfortable upon graduating that I will find something that’s worth the work I put in at school? We should not be doing all of this college work, just to work minimum wage at a fast food place and forever pay our debts off.”

Claudia is an immigrant from Colombia that recently became a U.S. citizen. She is a longtime Florida resident and is looking forward to voting for the first time this year. She would like the prospective governors to speak on income inequality, transportation and immigrant rights.

Claudia is eager to cast her first ballot in the August primaries and start her super voter streak in the November general elections. As a domestic worker, Claudia works long hours to make ends meet and cannot afford any financial or medical emergencies. She would like to know the prospective governors’ plan on economic inequality. In her experience in the sunshine state, the price of living is high and wages are low.What would the governor do for working class Floridians? As a related issue, she would like to hear their plans for improved transportation. Claudia drives long hours daily to her client’s homes. Besides the high costs of car insurance, tolls and gas, Claudia simply could not afford to lose her car. If so, she would have to spend triple the time traveling and be constantly exposed to the intense Florida sun and rain. Finally, Claudia would like a clear answer from the prospective governors on the issue of immigration. She believes we need a driver license solution for all immigrants to feel safe on their way to work, church and school.

“I would like to know – will immigrants finally feel safe to live, drive and work in Florida?”