“This will be no mere one-day march in Washington but a trek to the nation’s capital by suffering outraged citizens who will go to stay until some definite and positive action is taken to provide jobs and income for the poor,” King said on Dec. 4, 1967.

The campaign’s goal: Jobs and income for the poor.

But as the 50th anniversary of King’s death approaches — in the city where King was killed and where child poverty is the highest in the nation — some Memphis City Council members’ fix to poverty isn’t better jobs or higher wages.

Observers quickly noted that Conrad, who is white, does not have a reputation as a civil rights activist in Memphis. He is joined in this effort by council members Patrice Robinson and Berlin Boyd, who are black.

The city has a “moral obligation” to its poorest and youngest residents, Conrad wrote. Across the city, billions of dollars worth of construction and renovation are underway, noted Conrad, an executive with Cushman & Wakefield, a global real estate investment firm. Plus, the city is investing in riverfront development projects, which should boost the city’s tourism industry.

But none of these public or private investments will translate into sufficient wages for children in universal pre-K in the future or for their parents today.

Poverty falls unevenly here; 52 percent of black children but only 16 percent of white children live in households below the poverty line.

For a moment, set aside the research that suggests gains from pre-K evaporate by third grade or even second grade. Assume the addition of thousands of tourism jobs to the local economy.

These tourism jobs won’t be full-time jobs, and they won’t pay a living wage, according to the latest Bureau of Labor Statistics data. Leisure and hospitality jobs average just 25 hours a week at less than $14 an hour. That comes up to $18,200 per year, far less than the federal poverty level for a family of two.

The city is wise to invest in pre-K. But right now, as Shelby County Schools superintendent Dorsey Hopson frequently points out, an estimated 40,000 students live in households that bring in less than $10,000 per year.

The solution for poverty is simple: Money. More money coming into a household lifts adults — and their children — out of poverty.

An investment in pre-K will no doubt reap long-term rewards. But it does nothing to reduce poverty for Memphis families today.

It is a politically safe move to invest in black and brown children while ignoring the low wages that until recently, the Greater Memphis Chamber touted as a selling point to businesses.

Every year a child lives in poverty reduces her chances of success as an adult. If a child is poor for more than half of her childhood, she’s 13 percent likely to finish high school and 43 percent less likely to graduate from college, according to a 2015 Urban Institute study.

Where do we go from here?

So what can a city do? It can lobby for an increase in the minimum wage, even though the effort would be largely symbolic given the stranglehold the GOP has on the state legislature. However it would make clear the city’s priorities and commitment to its workers.

The city government cannot force the private sector to pay higher wages, but it could direct economic development agencies to reject tax breaks for poverty wage jobs. This would have thwarted wealthy developer Bob Loeb’s luxury hotel project, which received a $6.1 million tax abatement earlier this year. Of the 65 jobs the project will create, 55 pay less than $21,000 per year.

Or it could persuade philanthropists to invest in a basic income experiment like that in Stockton, California. The Stockton Economic Empowerment Demonstration (SEED) will provide $500 a month, no strings attached, to a trial group of residents. The $1 million effort is funded not by tax revenues, but by philanthropic and individual donors.

Memphis has a rich tradition of philanthropy.

Earlier this year, Memphis mayor Jim Strickland raised $6 million in private dollars to give raises to police officers. Last year, anonymous donors gave $12 million to install lights on the Harahan bridge. The city is spending $700,000 on I Am A Man Plaza, a public space to honor the 1968 sanitation strikers, whose mistreatment and low wages drew King to Memphis, where he was killed.
To mark the 50th anniversary of King’s death, the city has put signs on public buildings and garbage trucks shouting “I Am Memphis,” naively co-opting the strikers’ “I Am A Man” demand for basic respect. Earlier this year, Mayor Jim Strickland bestowed reparation-like grants to living 1968 strikers. The grants amount to $1,000 per year for every year the workers’ retirement accounts were shorted. 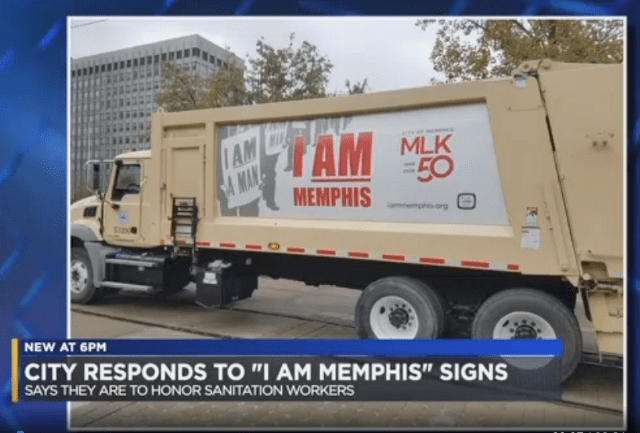 If Conrad and his colleagues want to honor King’s memory, they can start by remembering King’s words.

“There is nothing new about poverty,” King said. “What is new, however, is that we have the resources to get rid of it.

“There is no deficit in human resources; the deficit is in human will.”

What to expect when you’re expecting… the worst

Being asked to be the guest to Donald Trump’s State of the Union Address (SOTU) by Congresswoman Rashida Tlaib, a representative from my home state of Michigan, is like being […]

Long before I ever began working in the child care advocacy field, I watched family and friends scramble to find affordable care for their children. From being a middle-schooler operating […]

Trending with the hashtag #WhatMamasWant, hundreds of mothers in Michigan organized a forum on issues that impact their lives and then gathered to watch the two-day Democratic presidential debates in […]

Grassroots Partners Come Together to Celebrate Big Wins There have been major wins amongst the partners over the past year, such as SPACEs in Action’s $15.8 million win for Birth […]

The Trump administration is proposing a new cut to the Supplemental Nutrition Assistance Program, known as SNAP, that would leave more than 3 million people without enough food to eat.  These […]