This is What it Means for Biden to Have My Back 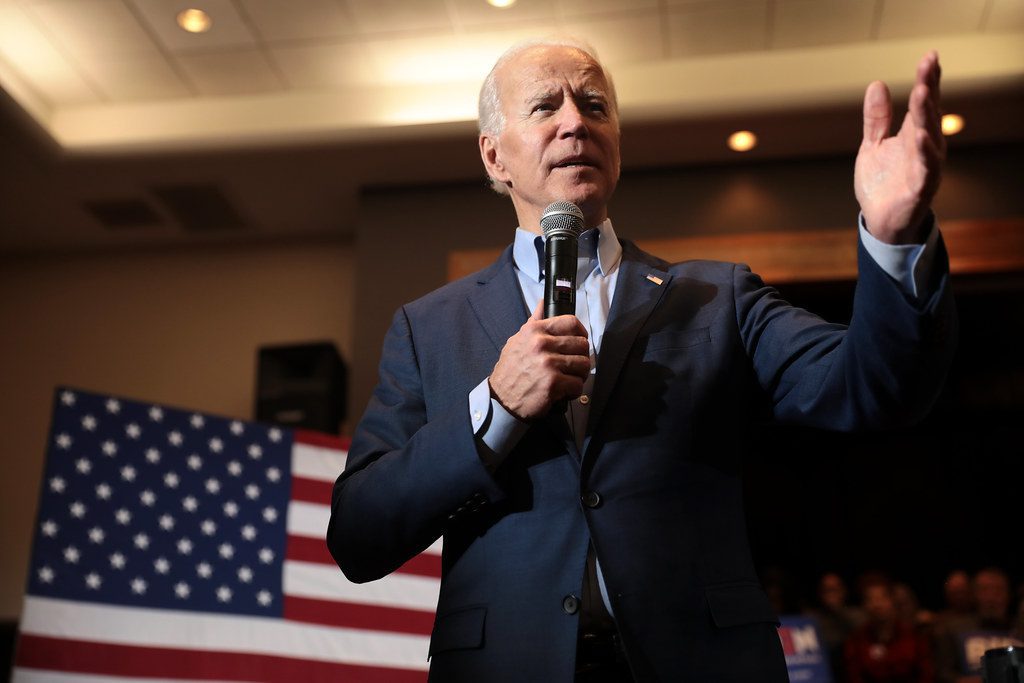 Coming off a disastrous four years of Donald Trump, there are a lot of competing priorities for the new Biden administration. I speak from the perspective of someone who welcomes the upcoming administration and I’m looking forward to Biden’s plans to address the pandemic, rejoin the Paris Climate Accord and reunite immigrant families. It’s a welcome change.

But I also speak from the perspective of a middle-aged Black American who has seen too many lives undermined by systemic racism. I’m deeply worried that the economy may crash under the strain of COVID-19, with the worst toll taken on the very poor.

Black-led organizing created a new era of progressive political possibility to finally address the intersecting public health, economic and political crisis in the country. I am one of those who voted for Biden and heard his campaign promises to have the backs of the Black Americans who elected him.

So this is what it means to have my back.

Biden supported the first CARES Act, which supplied $1,200 stimulus payments to every American, and he’s pushing for boosting checks to $2,000 in his newly-released American Rescue Plan. He’s also advocated for up to $10,000 in student loan forgiveness and temporary rent and mortgage assistance. But he has not committed to lasting anti-poverty measures.

We need policies, like a Universal Basic Income, that are guaranteed to bolster all Americans in the decades to come, not just band-aids to carry us through during a crisis.

During her presidential bid, Vice President-elect Kamala Harris supported such measures  directly attacking poverty. Additionally, Harris recently sponsored an important bill, the Monthly Economic Crisis Support Act. If passed, the Act would provide $2,000 per month to every United States resident earning less than $120,000  until the pandemic ends. The payments under this bill are retroactive to March 2020, when statewide lockdowns began. Many households would receive immediate payments ranging from $10,000 to $80,000. And because the bill is in the true spirit of  UBI, the money wouldn’t replace other necessary benefits like unemployment or social security

But huge economic disparities in this country didn’t start with the pandemic, and the policies to address them shouldn’t end with the pandemic either. A permanent UBI would be a sweeping investment that helps all families.

At the same time, it could help bridge some of the racial wealth gap.  According to a recent study by the Brookings institute, white average wealth remains  6.7 times greater than Black average wealth — because Black families have been denied or discriminated against in opportunities to accrue wealth, including home ownership and higher education, that white families have been afforded for decades. A UBI that uplifts struggling Black communities across the country could level the playing field, right historic wrongs and heal our country.

Sealing the Bargain on a Living Wage

A living wage is a major part of the bargain that Biden made with Black voters who put him in office. Racism has trapped Black families in low-wage employment. We’re also more likely to live in states that haven’t adequately raised their minimum wage, consequently letting Black purchasing and saving power erode. This one is a no-brainer and he should go all out in pressuring Congress to pull through.

Biden stated during his campaign that he does not believe the Medicare-for-all single payer system touted by Senator Bernie Sanders is feasible at the present time, but strongly expressed his intent to expand the Affordable Care Act.  Biden’s plan includes a government subsidized  “public option” which covers primary care without copayments. He has expressed hopes the country will eventually move toward universal free healthcare.

During the Obama administration, Biden helped defy the odds and overcame congressional resistance to pass the ACA. He can certainly take on our stingy federal budget with a Democratically-controlled Congress to fund the single government program that more Americans support over a mixed system.

We can’t lose sight of the basic principle that healthcare is a human right. There can’t be a satisfactory healthcare system in America until the plan is 100 percent universal – meaning that we have joined other advanced democracies by recognizing that government should act as a parent, and every citizen considered a child of the state.

The lesson should be self-evident these days. Our health care infrastructure has been stressed by the pandemic to a point that threatens collapse. It’s shameful in the United States that politicians even have to debate whether COVID-19 testing or vaccination should be free. Many stricken with COVID-19 have to navigate state-to-state insurance mazes while battling the disease. And many Black Americans who do not have access to adequate healthcare suffer underlying conditions that put them at greater risk during the pandemic. Hospitals, meanwhile, don’t have the beds necessary to handle the rising case numbers. It’s clear that our for-profit medical system can’t handle an emergency crisis. We need a fully funded system that’s crisis-proof, and that doesn’t disadvantage the Black families. The time for universal healthcare is now.

There are many interlocking crises the Biden administration and Democratic-controlled Congress must face, but Biden, Harris and the new Congress must prioritize the progressive mandate that put them in power.