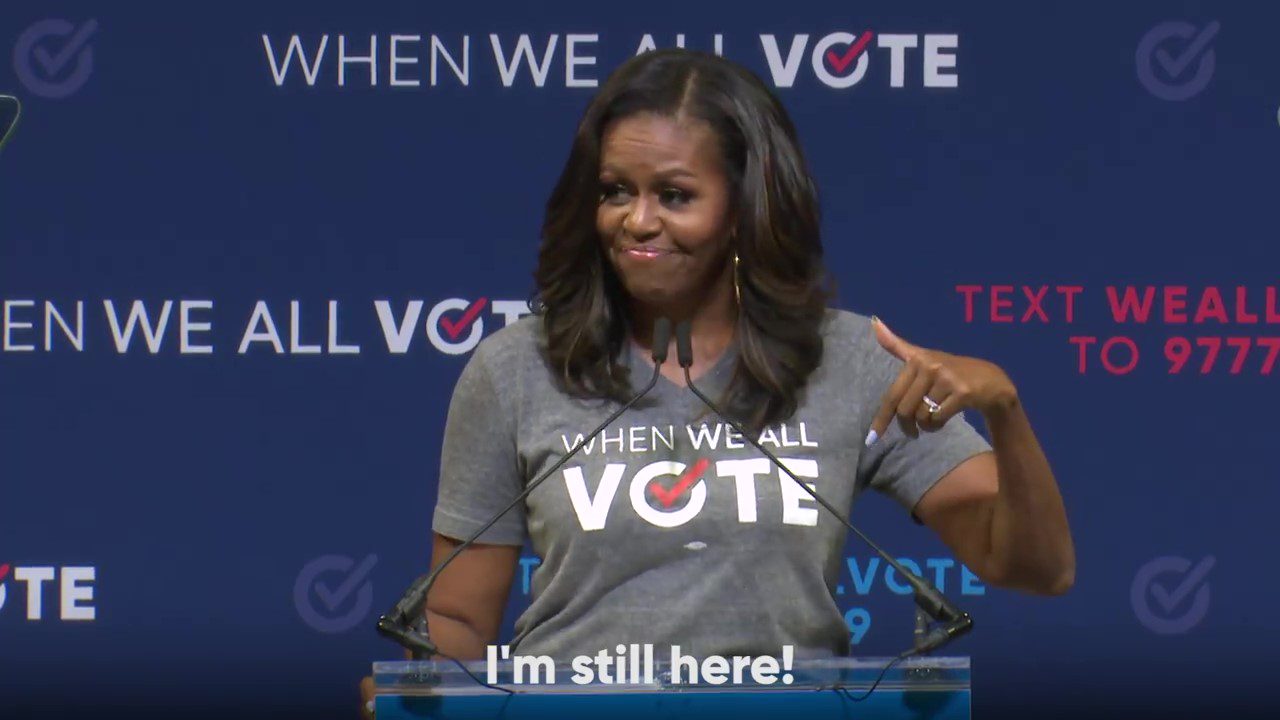 With so much at stake in this election, in Florida and across the nation, voting this November is critical. That’s why former First Lady Michelle Obama visited the University of Miami to encourage everyone to use their vote to make their voices heard on the issues that matter.

People eager to hear what she had to stay waited for hours in the hot sun. Many were first time voters, and some registered to vote for the very first time while they waited. The passion people expressed for the issues at stake, from women’s rights to protecting the environment, was especially visible in young, new voters and the many University of Miami students who had lived through so much change in less than two years. As you watch the following interviews, you will see that among the attendees of this event were people who were unable to vote themselves, but were determined to get involved however they could.

Michelle Obama shared powerful stories about her own family, of her father, who worked long hours and had multiple sclerosis that affected his physical mobility but still found the time to vote in every single election. His example inspired her from a young age to get involved in her community and to recognize that voting is both a privilege and responsibility. The standing room only crowd that packed the Watsco Center seemed moved by her words. I hope the rest of Florida will be as well. We need their passion, and their votes, on November 6th.

Kellie: “It’s important to vote in the midterm elections and vote Yes on Amendment 4.”

Nery: “There are so many issues affecting our immigrant community and we want to make sure that those who can vote can, can speak for us.”

Lea: “I cannot vote, but there are so many issues that are so important. You have the power, so make use of it.”

Jasmine: “I want to vote in the next elections for woman’s rights. It’s going to be awesome!”

Chaos: “People think is stupid to go vote… but your vote counts. If you want to make a change in the world, be that change.”

Jessica: “I believe that is important to go out in vote, because these people are going to be determining the next years in our lives.”

Check out the week of action recap video from When We All Vote:

Anyone can become civically engaged. It starts with a desire to contribute to your community.

Our Voices Unite in Washington, Reminding Congress #Not1Dollar for ICE

#NOT1DOLLAR means no more money to U.S. Immigration and Customs Enforcement (ICE) and U.S. Customs and Border Protection (CBP). What we, the Fair Immigration Reform Movement (FIRM and FIRM Action), […]

We are Wired for Change

When will Nevada address police violence?

In the last decade, we have seen the issue of police violence resurface on the national platform. Every year since the police shooting of Oscar Grant on January 1, 2009, […]

The families left behind after police killings share their stories in multimedia series, Residuum

Despite the mainstream media attention excessive-use-of-force cases has received over the last several years, family and community voices are not uplifted and often overlooked, while the police department’s story is always the official narrative in a fatality involving themselves. Residuum is a vignette series highlighting the aftermath of police killings through the experiences of the victims’ families.