There are no degrees of blackness 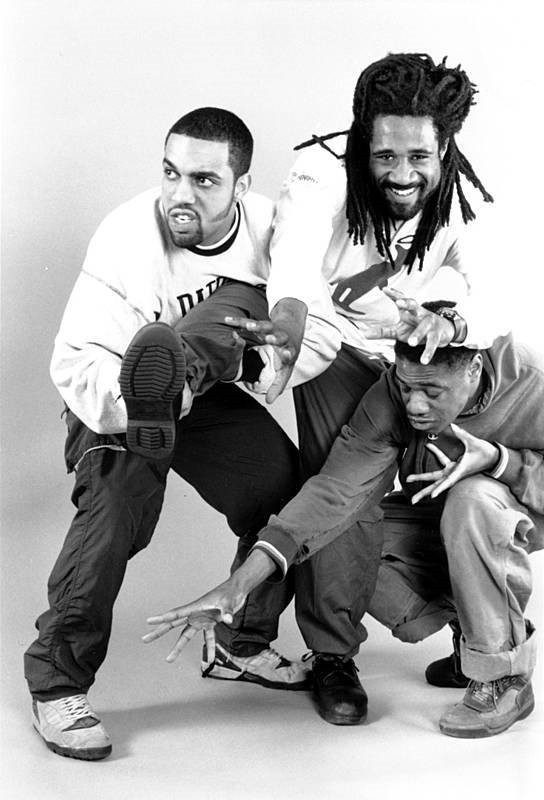 Listen please to this fact

Lyrics from Black is Black by Jungle Bros (1988)

Let me be very clear. There are no degrees of blackness, no illegitimate black people, and no experiences, ideas, or actions which can strip one of their blackness. Regrettably, some recent criticisms of Senators Kamala Harris and Cory Booker have once again highlighted the ugly, insulting, and damaging idea of there being legitimate, authentic, or ‘real’ black people. And others are designated as phony perpetrators of blackness and deemed to be insufficiently ‘one of us’. Whether on the ideological left or right, we’ve seen these same public attacks on Barack Obama and many others over decades, but we need to look at the tangible negative consequences of this mindset both for the Black community, and the nation.

“Kamala Harris is *not* an American Black. She is half Indian and half Jamaican.”  – Ali Alexander @ali

I’ve been confronted my entire life, both from black and non-black people, by the stifling and crippling nature of the silly and shifting confines of so-called ‘authentic’ blackness. Unfortunately, its ignorance isn’t the exclusive purview of any race, ethnicity, educational level, or partisan identification. However, what is required are small-minded and ignorant ideas of blackness.

It was present both while I was living in a poor urban neighborhood and in a leafy middle-class suburb. My sister and I were told we spoke ‘white’ by friends and family, because our mother dared emphasize the importance of diction and vocabulary, the joy of reading, and enjoyment of intellectual curiosity. Especially for me, a tall lanky black boy who was also unashamedly a Freddie Mercury loving, chess-playing, PBS watching, newspaper reading, Dr. Who fan, the questioning of my black legitimacy was always present.

As a kid growing up in a nearly entirely non-white city, I was physically attacked and bullied several times for what were deemed insufficiently black behaviors. When later living in the mostly white suburbs, I once visited the home of a white friend and was introduced to his parents as a compliment as “The whitest black guy I know.”

In the minds of these and other self-anointed arbiters of blackness, to be genuinely black one must, among an endless and ever-changing list of requirements, be English speaking with bad diction and a limited vocabulary, not be middle class or from the suburbs, not be biracial or in an interracial relationship, be a direct descendants of Southern U.S. slavery, and be observantly religious. Anyone deviating from these and other stereotypes is deemed less than Black or suspiciously ‘quasi-black.’ It’s stupid and insulting.

This imagined black ideal was never every African American’s reality and is increasingly less so as the community grows more diverse. Historically, they have always been people in America who were both proudly Black and educated, non-English speaking, multilingual, biracial, in interracial relationships, living outside of the American South, or many other similarly bogus measurements of blackness.

However, what’s worse than the insult of having your identity questioned by narrow perceptions is the damage that’s done to those people whose experiences or preferences fail to fit the mold. I was fortunate enough to have a mother who didn’t teach me to narrowly define my blackness. However, many black people often feel they cannot proudly and fully be black while also embracing the non-stereotypical passions or other expressions of their individual uniqueness which bring them joy.

To be a Black American one simply needs to be an American who is a descendant from Africa. Blackness is not a socio-economic category, a way of walking or speaking, or one’s ability to dance. To believe so is to believe that race and class are synonymous and that poverty and ignorance are necessary components of black authenticity. This is not only untrue, it is offensive.

For those of us in the African Diaspora, our various distinctions are not caused by innate differences. But simply due to what language the slave ship’s captain spoke, where the slave ship dropped you off, and whether the slaver caught you.

Unfortunately, many centuries of racism and racial hierarchical ideas have made many blacks themselves limit the full spectrum of what they can be or achieve. It forces many black people to abandon their passions and individual identities, feeling to do so they must abandon their blackness. It also creates those who deny their community and say things like, “I’m just an American,” because they don’t want to be pigeonholed into the straitjacket of a narrow black identity. You don’t have to abandon your nationality or ethnicity to be authentically black. You are no less black because you’re proudly American, Caribbean, or Latinx.

This kind of narrow thinking hurts the black community and the nation. We don’t know how many black children don’t pursue their dreams of an ivy league education, being a doctor, an engineer, or a ballet dancer out of a misguided sense of diminishing their blackness. We must allow and encourage all people to be the full expressions of themselves without creating bifurcated identities from which they must choose. To not do so is to limit their full potential, stagnant their growth, and miss out on their complete contribution to themselves, their communities, and the nation.