The bureaucracy of feeding your family 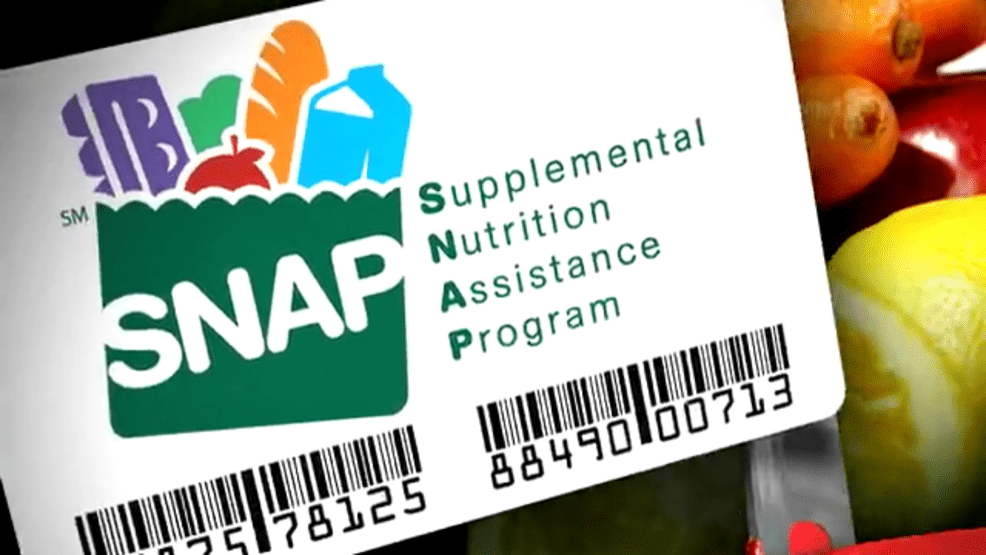 Where I live, in Missoula, Montana, the median area income is $54,311. Despite working three jobs, I make under $20,000 annually, or roughly 30% of the area median income, and I am a single mom supporting two teenagers. The rent in Missoula is so high that I pay the majority of my income on rent and utilities. There is no money left over for food. We receive Medicaid and SNAP to cover our health and nutrition needs. Last year, our family dealt with a medical crisis that would have forced us into homelessness if not for the safety nets that Medicaid and SNAP provided.

As these safety net programs exist, they are clunky, bureaucratic, and often fall short of meeting families’ full needs. There is a myth that these safety nets are “free hand-outs” and easy to get. Nothing could be further from the truth. In my own family, Medicaid doesn’t cover my dental visits, for example (though it does cover my kids), and the SNAP benefits we receive each month are not enough to feed a family of three. In the “good” benefits months—which also mean they are the leanest financially—we receive $5 a person per day. Most months, it’s far less than that. We eat a lot of beans and rice. And at least twice a year, I have to slog through a series of bureaucratic procedures to produce all the pay stubs, tax returns, bills, letters from employers, and other personal documents that they require. Additionally, I have to participate in a phone interview with a case worker which involves calling the Montana Department of Health and wait on hold for hours—hours I don’t have to spare. Or, I can risk leaving my number for a callback, which usually occurs at a random time many days later and during a time I’m unavailable to take the call due to work, thus triggering the process all over again. This process is also time sensitive. If I don’t complete the renewal interview within a particular window of time, my benefits are automatically cut. And when I do finally connect with a caseworker, the interview often lasts for an hour or longer because the process is tedious and because I freelance which requires math to calculate an average monthly income since my income fluctuates drastically from month to month.

Last summer, I spent a total of 30 hours on hold or on the phone over the course of three weeks because my income was miscalculated when I finally reached a caseworker. I had to call again, and then again. I spoke with a different case worker each time and so each time we had to start the processing of paperwork and the calculations from scratch. By the time it was sorted out, the interview deadline had passed and the system automatically cut my benefits. This required a fourth call so I could go through the lengthy process to reinstate my benefits.

If this sounds punishing and like far too much paper pushing, it is. Still, the support SNAP provides keeps my kids fed and despite the hoops I have to jump through it is nothing compared to the bloated government bureaucracy that Trump has in mind for SNAP if congress approves the administration’s proposed budget cuts.

Released on February 10, Trump outlines a plan that will either eliminate or make drastic cuts to all safety net programs. The energy assistance program, LIEAP, is on the chopping block and is a program I have benefited from numerous times when I wasn’t able to afford my heating bill. Although the proposed budget cuts do not eliminate SNAP, the proposal outlines a restructuring of the program that will make it unrecognizable.

Currently, when I use my SNAP benefits, I purchase my groceries with an EBT card that looks just like a debit card. Grocery stores have to opt in, but many do because SNAP is set up to benefit both recipients and the retailers who are able to broaden their customer base and make a greater profit. I can use my EBT card at big box stores like Walmart and Costco, and at local grocery stores and the Missoula farmer’s market. Despite the fact that SNAP’s funding is less than Trump’s tax cuts for the wealthiest one percent of Americans, the proposed budget cuts would not only cut SNAP funding by nearly 30 percent. Instead of SNAP cards, recipients would receive a government commodity box, euphemistically called “Harvest Boxes,” each month filled with non-perishable items like cereal, shelf-stable milk, juice, pasta, and peanut butter. The majority of the funding of SNAP would not go to recipients; states would each receive $250 million a year to manage the program and develop a system for distributing the boxes. For context about how little money this is to manage such an unwieldy plan, The Emergency Food Assistance Program (TEFAP) currently operates with $300 million, which only accounts for 14 percent of the budget actually needed to run the program. Under the Trump administration’s new SNAP proposal, states would bear the burden of coming up with the additional costs that would be needed to implement the program and distribute the commodities boxes.

The capacity and infrastructure for such a program doesn’t exist. The proposed plan, while cutting the SNAP budget by thirty percent, will only result in a bloated bureaucracy that will hobble along on minimal resources. For cash-poor states like Montana, the likelihood of getting a functional program off the ground is slim. This is not a small government plan—this is an unwieldy, untenable plan that will not actually help the people it’s meant to support.

Without the infrastructure and capacity to run the proposed SNAP program, states would likely have to figure out a way to deliver commodities to a handful of locations for recipients to pick up. In states like Montana, the distances would likely be too far for many families to travel. And if you qualify for SNAP benefits, you probably don’t have the extra gas money needed to retrieve your box. This kind of system would also fail the people who don’t own cars, can’t drive, or can’t get off of work at a particular day and time. Without a way to get to the box, families will go hungry.

Although smaller scale commodities programs already exist in some public schools, on reservations, and for low-income seniors, 44.2 million Americans currently rely on SNAP assistance to eat. Studies show that populations that have used relied on commodity foods over a long period of time have poor health outcomes, including obesity, chronic disease, diabetes, and a shorter life span overall. In addition to the insufficient nutritional content of commodity boxes, the food in the boxes doesn’t meet families’ needs and can result many children living with hunger. The Trump administration’s SNAP overhaul will increase these problems on a national scale. More than one in ten people in the U.S. will suffer from poor nutrition by being reduced to eating the starch-heavy diet the boxes will provide. Additionally, while SNAP recipients can now purchase the foods that best benefit their health, commodity boxes will not accommodate people with food allergies and special dietary needs due to heart disease, iron deficiency, celiac disease, among many other conditions.

Not only would SNAP recipients be limited in food options and at greater risk for obesity and heart disease under the proposed budget cuts, but the plan would also eliminate the public-private partnership that currently exists. Big box stores, local grocery stores, gas stations, and farmer’s markets all benefit financially from the revenue SNAP users bring in. Eighty percent of the places that take SNAP are local stores, and when SNAP users shop at local stores this contributes to the local economy. If SNAP shifts to commodity boxes, the retailers who benefit from SNAP shoppers will lose the current $25 billion per year that they currently take in. And small farms who rely on income from farmer’s markets, will lose a large portion of their income if EBT cards disappear.

Pulling yourself up by your bootstraps has always been the great American myth. What policy makers and members of the general public who criticize safety net users fail to account for is that security and stability don’t come from hard work alone. I have a graduate degree and work three jobs and parent alone and sink into bed exhausted each night. But many people who look down on people who use Medicaid or SNAP have their own safety nets that family members and friends provide—family money for college, or family help with a down payment on a house, or a small inheritance, or someone to bail you out if you encounter a health emergency, or need help with a phone bill, or an unexpected debt. These things matter and are a part of many people’s ability to achieve stability even if they are not particularly well off. Yes, some people truly do make it out of poverty and into wealth with no help from family members or friends, but these stories are rare and marked by other kinds of help—government safety nets like Medicaid and SNAP, nonprofit programs that offer shelter or food, strangers’ kindness, support from a church—and a large amount of luck.

A person in poverty has to go twenty years without an emergency to have a chance at building enough savings to be secure. Without safety nets, poverty will become a life sentence. The U.S. is already ranked 27th in healthcare, 26th for life expectancy, and out of 150 countries, we rank as the 40th highest country in income disparity. Without real safety nets to help people have a chance at a healthier and more secure life, the first few numbers will continue to fall, and income inequality will continue to rise. If conservatives truly believe in small government, they will reject the proposed budget cuts on SNAP to prevent the bloated bureaucracy that will inevitably follow. Better yet? Support measures that will help the current SNAP program more effectively support citizens like me working three jobs to make ends meet rather than requiring a process that often feels like a fourth job. The best way to get people off SNAP in the long term is to adequately support them in the short term.

Emily Withnall
Bio: Emily Withnall is a Community Change Communications Fellow, an educator, freelance writer and editor living in Missoula, Montana. Her work can be read at emilywithnall.com