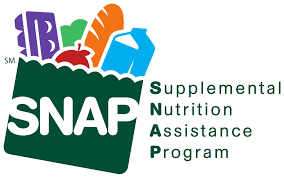 Implementing strict work requirements for safety net programs—particularly the Supplemental Nutrition Assistance Program (SNAP)—has been a recurring goal for many GOP leaders and the Trump administration.

Concerned observers breathed a sigh of relief when the Farm Bill was passed in December without the increased work requirements that had been in earlier proposed versions of the bill. Turns out, that may have simply been a bait-and switch tactic to lull us into a sense of security. Now the administration seems to be trying to quietly pass a new rule that would impose work requirements for SNAP participants.

The U.S. Department of Agriculture—which oversees SNAP—recently proposed a rule that limits the amount of time an able-bodied adult without dependents (ABAWD) can receive SNAP benefits. The proposed law would limit those individuals to receive SNAP benefits for a maximum of three months within a 36-month period.

The law would also give the Department of Agriculture the authority to temporarily waive the time limit in areas that have an unemployment rate of over 10 percent or a lack of sufficient jobs, but would limit states’ ability to grant waivers that can be used to extend SNAP eligibility for ABAWDs who would be subject to the time limit.

Feeding America, the nation’s largest domestic hunger-relief organization, estimates that this would result “in a loss of more than 8.5 billion meals from the tables of people facing hunger,” said Kate Leone, Chief Government Relations Officer at Feeding America.

After a long debate about this very topic during the Farm Bill, Congress rejected the idea to make harsh time limits worse by taking food assistance away from individuals who aren’t able to find a job or document sufficient hours. Reps for Feeding America and other hunger-relief organizations say it was a harmful proposal then and it is harmful proposal now.

Anti-hunger advocates say the current time limit is one of the harshest rules under current SNAP operations, and this proposal would make it worse. They say the rule would punish people by taking food away at a time when they need it most, even if they are willing to work or work more hours but are simply unable to do so. This would impact a server or hourly employee who gets to the end of the month only to have their shift cut, leaving them under the required hours.

The proposed rule has been published on the Federal Register, and is now in a mandatory 60-day public comment period. Members of the public can submit their comments before April 2.

Those who work with low-income populations warn that this proposed rule would increase hunger among vulnerable Americans, while also creating additional hardships for those already struggling with poverty. The most likely to suffer are those in rural areas, especially if the economy takes a bad turn.

“If unemployment does not exceed 10% for an area, then the work requirements for ABAWDs would not be waived and they would need to meet the weekly requirement of 20 hours a week. This would really impact rural areas in Florida that have less job opportunities for unemployed persons,” said Kelly Quintero, Director of Advocacy and Government Relations of Second Harvest Food Bank of Central Florida. “It will absolutely affect workers in the event of an economic downturn.”

Quintero cited an example of a local resident helped by her organization—just one of many who could possibly be negatively impacted if this rule is enacted. “SNAP exists as a safety net to provide support for individuals and families who fall on hard times. They are individuals like Bruce, who worked in the construction industry for over 30 years. He was self-employed, owned his own company and always had steady work. When the economy took a turn for the worst, it was difficult for him to make ends meet and he struggled. After his clients went bankrupt, it wasn’t long after that his business followed the same path. That’s when he sought help from one of our feeding partners that gave him information about how to apply for SNAP. With SNAP, he was able to focus on paying rent and finding his next job opportunity.”

She said this change would hurt those who are already on very shaky ground, and struggling with food insecurity. “This proposed rule could really impact low-wage workers who already don’t have reliable hours and limited benefits. If the rule is enacted and a worker cannot meet the 20 hours a week requirement, they’ll be kicked off SNAP and they’ll need to make decisions for how they’ll make ends meet.”

The fallout would also put a big strain on organizations that serve people who rely on SNAP. “For every meal that Second Harvest Food Bank puts into the community, SNAP puts out 12 meals,” Quintero said. “We simply wouldn’t be able to meet the demand if this proposed rule is enacted and we face another economic downturn.”

Bobbi Dempsey
Bio: Bobbi Dempsey is a freelance writer/editor for The NY Times, Parade, Quartz, Playboy and others. She is also the author of more than a dozen nonfiction books on topics ranging from real estate investing to bipolar disorder. Much of her recent work has focused on issues related to poverty and income inequality, for which she often draws upon her own personal experiences. Her latest long-form project is an ebook for Amazon’s Kindle Singles program, entitled Degrees of Desperation: The Working-Class Struggle to Pay for College.

While Congress staggers and debates what and when the next stimulus package will be for Americans, people are hungry. With unemployment rates hovering at 8.4% in August 2020 and the […]

June 2018, after the House passed its farm bill (H.R.2) with harmful SNAP amendments, the Senate passed its bill (S.3042) with bipartisan support that would mostly maintain SNAP status quo. […]

This housing experiment brought struggling seniors and young families together. Did it work?

Genesis, means the beginning and the first. The community of Genesis was the brainchild of the nonprofit organization, MiCasa. It was planned as a purpose driven, intergenerational, affordable housing program, […]

Out of Time: Work Requirements and College Life

Almost one in eight Americans live under the discriminating tyranny of food insecurity. Bureaucratic hurdles to the Supplemental Nutrition Assistance Program (SNAP)—formerly known as food stamps—stunt the strides of hardworking […]

This piece was Co-published with Civil Eats Sarah was born in the Alaskan village of Utqiagvik (formerly known as Barrow) and she spent a good portion of her youth there. […]