My Sister: A Domestic Worker. And My Hero! 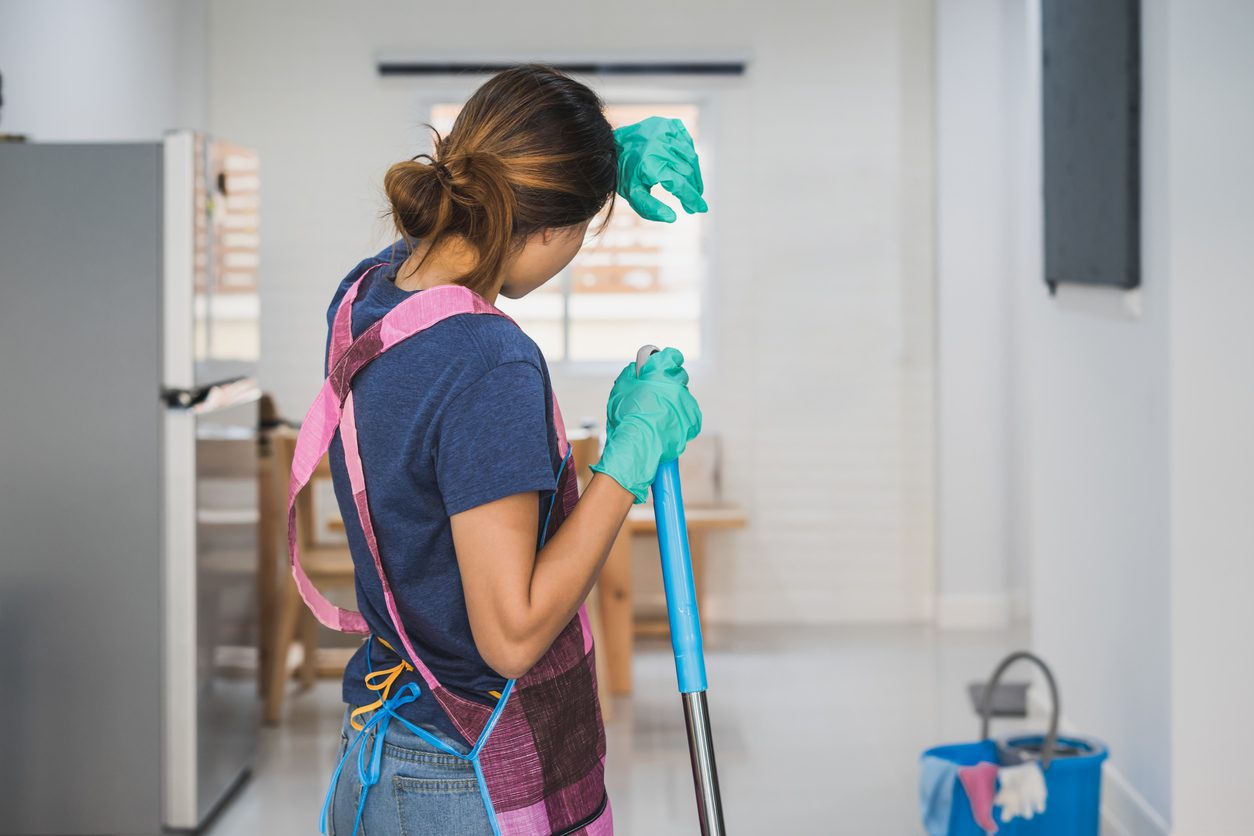 The movie Roma has received all kinds of recognition and acclaim, including three Academy awards. Its  star, Yalitza Aparcio, a first-time actor who portrayed the lead role of a housekeeper for a wealthy Mexican family made history when she became the first indigenous Mexican woman nominated for a best actress award.

Roma was one of the hardest films I’ve ever watched. The housekeeper’s life was acutely familiar for me, and the film quickly transported me back to my childhood in El Salvador.

My sister became a maid at age 14. By the time she was 16, she was working for a well-to-do family. When our mother died three years later, my sister was left to raise her three younger sisters, including me – I  was only 6 years old. She had to fend for our family with her small salary, the kindness of strangers and her will and determination to do what was best for us.

My sister was a live-in domestic worker.  She slept in a small room.  She cooked, cleaned, washed and took care of three boys. After my mother died, my two older sisters, who were 17 and 10 years old, were able to go stay with her in the family’s house.  I could not go because I was too young.  So I stayed with my grandmother and aunt, but I would visit sometimes and my sister would also come visit me and bring money and groceries to help my grandmother with the cost of raising me.

We were poor, but we made do because of my sister. The family she worked for treated her better than most families treated their maids, but she was still a domestic in a city where classism, racism and prejudice were rife.

When I was little I thought they were the kindest people in the world.  We were allowed to sit at the table with them, unless they had company. The mom sometimes bought us clothes and when my mother died, she helped my sister take her body back to our hometown.  I used to love going to visit them because she would take us places we wouldn’t get to go to otherwise. Her husband, like the husband in Roma, was mostly absent. I don’t remember much about him except that he was strict and always busy. The three boys were like most wealthy children, somewhat spoiled and very rambunctious. We played together, but they knew we were not the same as them and they reminded us of their power when we got into fights.

Now that I’m older, I remember the disparities, prejudice and discrimination. I didn’t fully understand back then what was going on, but when my sisters and I get together and tell these stories now, we always cry.

For many of us who know what it feels like to be marginalized and made to feel less human because of how you look or your level of  income, Yalitza’s character is powerful. The abandonment of her self-worth and the humiliation the character suffers is all too real for many women who clean houses or live subsistence lives. For the first time, these women see their struggles, pain and joy performed on the big screen by a woman who looks like them.

Given the colorism and racism that exists in Latin America, it is not surprising that Yalitza’s performance has stirred debate about whether she is deserving of  the honors and  recognition she has received. She has powerfully and eloquently responded that for so long people who looked like her have not been represented in movies and having her community see itself represented is the best honor that can be bestowed.

Which takes me back to my sister, who never had any formal education and taught herself to read and write when she was in her 30s. In 1980, she decided to make the treacherous journey to this country and made her way first to Texas, then Kansas. She made minimum wage working as a waitress. Within two years, she managed to save up enough money to pay to bring my sisters and I to the U.S. She raised us in Kansas and still lives there with her children and six grandchildren.

In January, after many attempts, she finally became a US citizen. As we celebrated her accomplishments with a house full of grandchildren and college-educated nieces and nephews, I reminded them that none of us would be here were it not  for her love, courage and tenacity.

Just like my sister has been a beacon for our family, Yalitza Aparicio is a bright light, not just for the movie industry, but for all of us by stepping up in her full humanity, standing strong and proudly proclaiming that she too belongs. In that, she speaks for those of us who have been marginalized as she challenges the world to come to grips with that.

Sulma Arias
Bio: Sulma Arias is the immigration field director for Community Change. She was born in El Salvador and as a child emigrated to Kansas, where her family still lives.