Kavanaugh Is Yet Another Way Trump Is Attacking Women 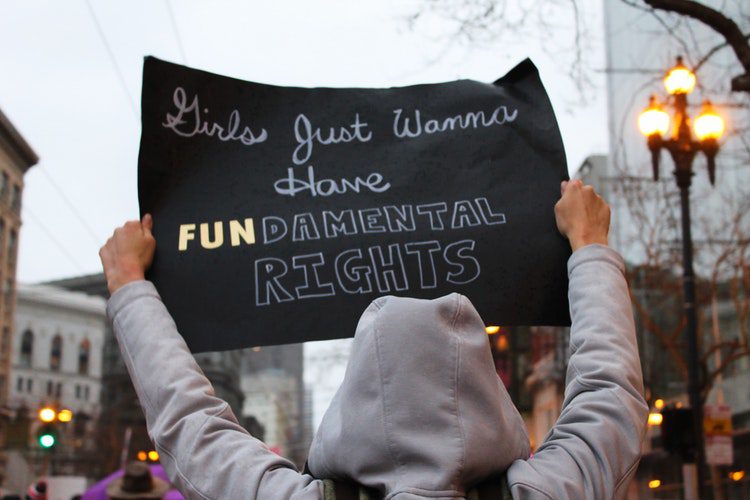 Trump told us how he felt about women years before he was ever elected. We are just things to “grab.” According to him, “you can do anything” to us.

In Trump’s world, we shouldn’t ever expect to have any agency over ourselves or our bodies.

As a sexual assault survivor, it’s sickening to me every day to be forced to see someone who brags about assaulting and denigrating women stand in the highest seat of power in the nation. It’s heartbreaking to see immigrant women have their children torn out their arms. It’s enraging to see Trump defend abusers again and again, whether it’s within his staff or within his party.

But what scares me the most is the nomination of Brett Kavanaugh to the U.S. Supreme Court.

When an undocumented 17-year-old woman made the difficult decision to terminate her pregnancy, the Trump administration stood in her way, despite the fact that she was willing to pay for everything, including her transportation, and already had approval from a Texas judge. But the Trump administration refused to allow her to leave the detention facility where she was imprisoned. That’s when her case came across Kavanaugh’s desk. As part of a three-judge panel, he proposed a solution that would have left her in legal limbo, trapped as she approached the 20-week deadline, after which all abortions are illegal in Texas. The circuit court reversed his decision with enough time for her to get the medical care she needed, but it shows what Kavanaugh thinks about the government placing undue burdens on a woman’s right to access reproductive care.

All of this was widely known before Kanaugh’s nomination. But what’s come to light since should be far more than enough to slow down the process under normal circumstances, with a normal administration. But as with anything else having to do with Trump, normal doesn’t apply.

Like Trump himself, Brett Kavanaugh now stands accused of sexual assault, and the victim’s lawyers are asking for an FBI investigation so the full details of the story can come out. As many sexual assault survivors, she has been publicly attacked and insulted, while Trump calls the man accused of attacking her “a very, very good person” and a “great gentleman.” They’re using the exact same playbook they have used so many times when any woman stands up to a powerful man. Now that a second woman has come forward with allegations, the same tactics are being used against her.

We can’t let them get away putting another man in power who thinks women should have so little control over our own bodies. This November, our votes can act as our voices against this injustice.