Inside The Statue of Liberty’s Radical Feminist, Pro-Refugee Roots

Mostly, I remember stairs. A lot of stairs. And waiting. Both the endless steps and the wait were made longer—seemingly insurmountable—by my age. I was seven or eight, and it would soon be the first time I saw the largest piece of street art in America: The Statue of Liberty.

She isn’t usually thought of as street art—or even, really, as art. Instead, Lady Liberty is regarded as an icon: The embodiment of the United States of America as a safe place for refugees. She belongs to all of us—at the Women’s March and demonstrations against Trump’s immigration ban, she has been the image that most consistently appears, repurposed to suit each protester’s message on countless signs, T-shirts, and social media posts.

I’m with her – the Statue of Liberty #NoBanNoWall #nomuslimban #Boston #1u pic.twitter.com/hRMeRjvLKN

Lots of Statue of Liberty signs. “Not on my watch.” Also saw “Did I stutter?” #MuslimBanprotest #MuslimBan pic.twitter.com/pN43yV7j0U

“May I remind you that it does not say RSVP on the Statue of Liberty.” -Cher Horowitz (Clueless)#NoBanNoWall #MuslimsWelcome #ResistTrump pic.twitter.com/wrf8NzyMcV

She didn’t start out that way.

As befitting a massive piece of art, the Statue of Liberty was, from the very beginning, a collaboration. Conceived by Frenchman Edouard de Laboulaye as a gift to America to celebrate the Declaration of Independence’s centennial, the Statue of Liberty was designed by French sculptor Frederic Auguste Bartholdi and French engineer Alexandre Gustave Eiffel (yes, that Eiffel), along with American architect Richard Morris Hunt, who designed the granite pedestal on which the statue stands. Except for the pedestal, construction took place in France.

Upon its completion, the statue was shipped to New York Harbor in 350 separate pieces. It took some time to make the ocean crossing, and another six months for the statue to be reassembled. In 1886—a full ten years after the centennial was actually over— President Grover Cleveland led the dedication.

The Statue of Liberty differs from some street art in that it was officially sanctioned. Land was specifically set aside for it. But it was art for the public, and the public paid for it, with fundraising on both sides of the Atlantic. In the United States, Joseph Pulitzer led what may have been the first crowdfunding effort, at one point publishing in his paper, New York World, the name of everyone who donated, no matter how small the amount. Reportedly, this included a dollar from some children who chose to donate to the statue rather than go to the circus.

The first avenue that greeted immigrants was one of water: New York Harbor, where boats of refugees sailed past the statue every day. Starting in 1892, upon the opening of the first Ellis Island immigration station, in the shadow of the giant statue, they stopped there. The first immigrant to pass through was a teenage girl.

For many, then, the initial glimpse of New York was art—enormous art—the statue’s locked arm raising a torch like the lamp of a lighthouse. Indeed, the United States Lighthouse Board maintained the statue until 1901, when responsibility was transferred to the War Department (and later, to the National Parks Service).

Bartholdi had conceived of the statue as spreading freedom out, not welcoming in. But the statue became the standard banner of democracy for refugees, thanks to the immigration station—and in no small part, thanks to women.

Writer Constance Cary Harrison asked fellow writer Emma Lazarus to write a poem for a fundraiser for the statue. Harrison persuaded Lazarus by telling her friend, who volunteered with refugees, to think of the statue “holding her torch out to those Russian refugees.”

So Lazarus, who was Jewish, did.

But the art auction where “The New Colossus,” Lazarus’s poem, was read did not generate much money. Lady Liberty was raised—without the poem. Emma Lazarus died in 1887, likely from Hodgkin’s lymphoma. She was only 38.

Another woman, Georgina Schuyler, an art patron and social reformer, led a campaign to have the poem by Lazarus (who had been her friend) inscribed on the Statue of Liberty. It worked. In 1903, Lazarus’ poem, naming the statue “Mother of Exiles” and ensuring the statue’s legacy as the greeter of the poor, the destitute, and the most needy was installed.

It is significant that the statue is a woman, that the first glimpse some immigrants had of the United States was a woman modeled on, as Public Radio International reported, an Arab woman—specifically, a Muslim peasant, as The Daily Beast and Smithsonian.com point out—later recast, at least in dress, as Greco-Roman, a fellow immigrant.

But, as Lazarus observed, the Statue of Liberty is also a mother, and that means something. It means care. It means protection. In her poem, Lazarus calls her a “mighty woman.”

When I first saw her, it was surprisingly dark inside, and it was under construction, a renovation spearheaded by President Reagan and costing $87 million. I saw the statue in scaffolding, her famous, draped body hidden by bars and slats like a cage.

Inside the statue, I remember echoes. I remember meeting people in line. It didn’t feel lonely inside the Statute of Liberty. My sister and I found other children, strangers, and we played together until our parents, respectively, told us to get in line.

I didn’t think of the Statute of Liberty as art then, or as political commentary, but as history. It seemed distant—but it was my own.

My family emigrated from Europe in the late 1800s, seeking escape from religious persecution. Like many European immigrants, they moved to the rural Midwest. As a teenager, my great-grandmother fled again, running away from the strict Amish community where her parents had settled.

Because of her bravery, I was raised with religious freedom, I was able to get an education, and I was not married as a young girl. As an adult, I became a writer and visual artist, focusing on mural and street art. Art taught me freedom. Art taught me bravery. As someone who paints primarily on walls, often working to represent a town’s history and hopes, I believe art should be for the people, by the people.

In the 2016 election, some in the United States rejected a woman to lead the nation. But the Statue of Liberty is a woman who still leads us, offering a constant reminder that our door must remain open.

This article originally appeared on GOOD. 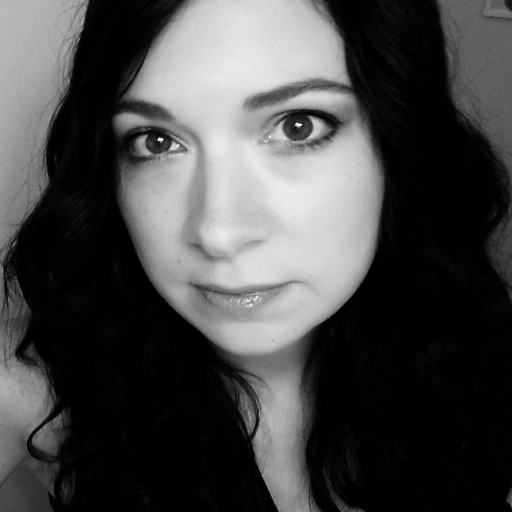 Hidden Figures is a treasure, but we need to dig deeper in finding new talent