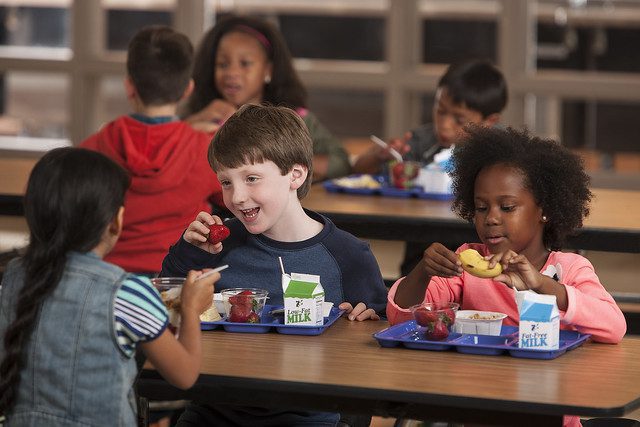 There is a tradition in fairytales and various old fashioned yarns which I’ve seen over the years that a hungry person will dream of lavish meals, roast beef and mutton, and endless tables stacked with a dietary smorgasbord. The hungry  dream of excess, so goes the myth.

This version of hunger may have some truth in it, I suppose. It may make a scene in a good dramatic yarn. It still  sounds to me like a fantasy derived from the imaginations of people who are writing books set in faraway places, and featuring fairytale characters . It’s a depiction having little to do with the nitty-gritty reality, and little, if anything to do with hunger in contemporary America.

The reality is we have too many accounts of the plight of individuals, families and children facing daily hunger. Most recently, a study that interviewed thousands of students at more than a hundred colleges reported that 45 percent of the students said they had suffered food insecurity in the last 30 days.  The study revealed that many of America’s best and bright hopes for the future are in jeopardy because they lack the support necessary to simultaneously pay for tuition, books, or rent, and also pay for food. They have to consider taking out additional loans ( increasing their substantial student debt) to free up funds for meals.

“I feel  like I’m slowly sinking as I’m trying to grow,”  said a freshman who has already begun to use local food pantries.

The typical student facing this dilemma resorts to skipping breakfast, eating less, or taking “poverty naps.” This is a habit fairly common among the hungry. You sleep more, so that you “forget”  (and while sleeping you hope you don’t dream about lavish meals that will remind you of your hunger again).

It’s not only college students. Let’s  talk about hunger among high school students, and even children.

Studies show that one in every five youths under the age of eighteen suffer from food insufficiency. They tell stories of hunger, or (because they’re ashamed) their parents narrate the stories for them.  “My teenage son gets in the car after school and complains that he didn’t get enough to eat at lunch, so he struggled through the last period with a raging headache and inability to concentrate,” confesses one parent.

The debt cycle that overwhelms hungry college students who can only pay for school by taking out exorbitant loans has been extended to impact the lives of middle school students and children. Today, there is a serious problem over school lunch debt.

Current data from the National School Lunch Program  reports that nearly 100,000 schools and education institutions provide lunch to 30 million students a day. Of those, as many as 20 million students receive lunch for free, 2 million pay a reduced price of 40 cents, and 8 million pay the full price.

The cost of a full-price lunch at an average of $2. 48 a day is too steep for millions of families.  This has led to the growth of programs that allow parents to accrue debt for their children’s meals. While in 2018, student loan debt topped $1 trillion, in the same year K-12 school lunch debt ballooned in school districts across the country.

Students whose school lunch debt has exceeded a maximum are subjected to a cruel hoax. Instead of receiving a hot meal, they’re given a cold lunch, or as little as a peanut butter and jelly sandwich. It’s a practice which has become known as lunch shaming, because it’s generally accompanied by taunting, bullying, and shaming from the other kids. Hungry kids will be subjected to both physical deprivation, and emotional ridicule.

It’s a phenomenon that has resulted in such emotional damage, and received such a negative public outcry that celebrities such as Alec Baldwin, and recently the mother of  police-shooting victim Philando Castile have donated money to school districts to pay for student lunch debts, so that kids can live without hunger or humiliation.

And when taking the real tally of hunger , shouldn’t we remember the millions of workers with full-time jobs, who still go hungry? People working at minimum wage jobs invariably must choose between eating sufficiently, or paying their bills. Studies have shown the near-impossibility of living (or eating) well while holding a full-time position at McDonalds.  The only good news is that children rarely die of malnutrition in America. But otherwise the  upshot of going hungry will be the same for school children, teen-agers, or working adults. They suffer.  They experience diminished learning capacity, diminished performance at school and work, and enhanced susceptibility to  sickness and weakness.

That’s a toll that detracts from the optimum performance level of all American institutions.

Of course, the problem could easily be ameliorated by increasing the availability for nutritional assistance, but instead the Trump administration has moved in the opposite direction by undermining assistance programs, and enforcing  time limits (which end benefits after a few months). Recently, the administration has even moved to alter the means of calculating poverty in ways that automatically render a few more million Americans ineligible for federal assistance.

Hunger in America among our children, our adolescents, and our working adults leads to mass lethargy, inefficiency, and illness.  It’s a threat to our infrastructure, and our souls, too.

Darryl Lorenzo Wellington is a writer at Community Change.

Wednesday was World Refugee Day. It’s supposed to be a day to bring awareness to the struggles faced by displaced people across the world. A day to reaffirm our commitment […]