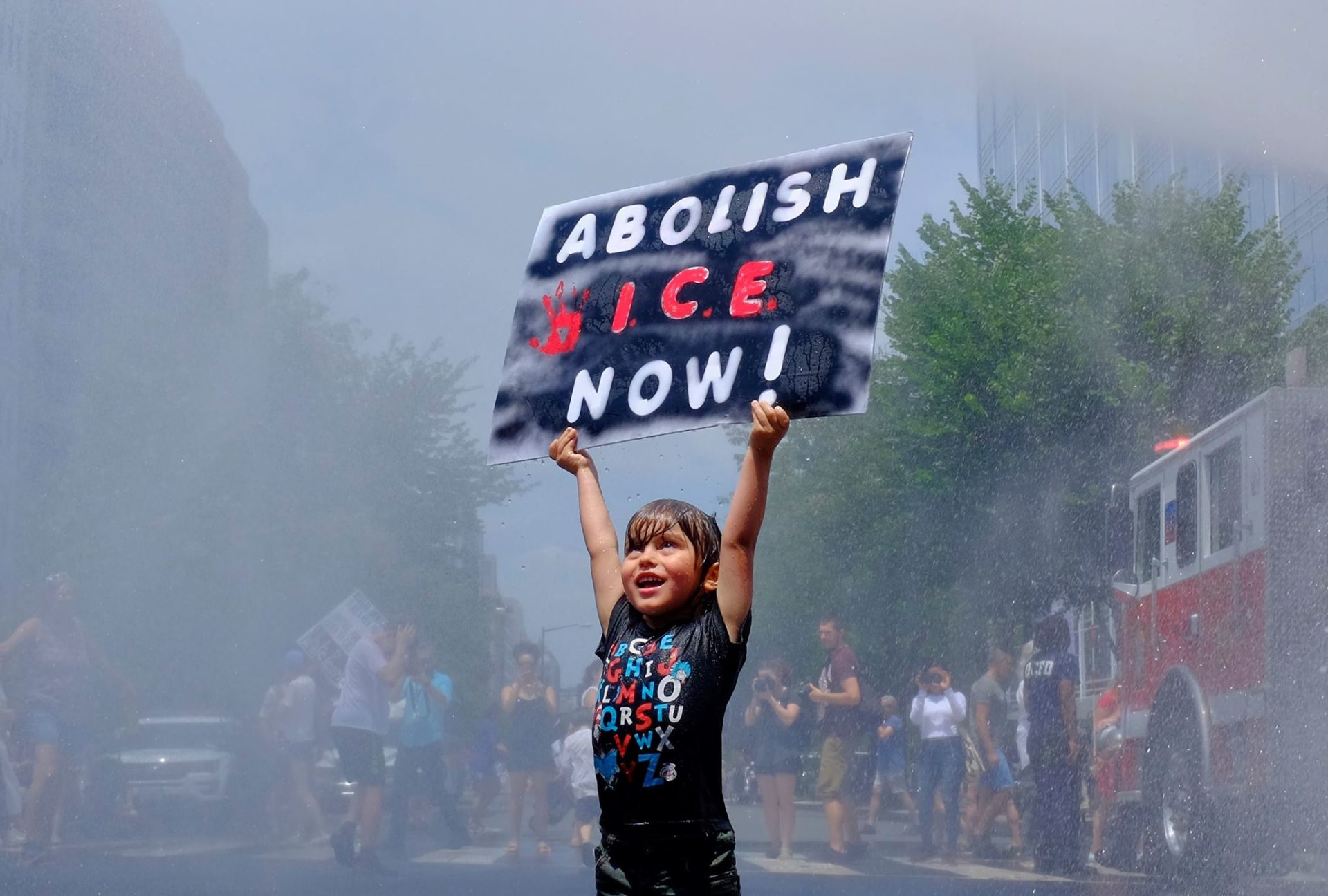 Albo, holding up a sign, near the White House. He and his mother traveled from Virginia. Photo credit: Sasha Patkin.

It’s supposed to be a day to bring awareness to the struggles faced by displaced people across the world. A day to reaffirm our commitment to our most vulnerable families, to people fleeing war, violence, natural disasters and more. People who the United States once embraced. Now, as we face the worst refugee crisis since World War II, America is doing so much worse than simply turning our backs on the 65 million people displaced globally. We are ripping migrant children from their mothers, tearing apart families seeking asylum, with no actual plan or process to reunite them. More than 2,000 children have been lost in just the past 6 weeks.

Thinking about that number, about each child who is irreparably harmed by horrific trauma that could have been avoided, is staggering. We as a country are struggling to understand what we’ve become, and what we have lost.

How do we measure that? What are the numbers that can make these horrors make sense?

Trump has slashed our refugee admissions to an estimated 20,000, down from 110,000 in 2017, the last goals President Obama set before leaving. Our government has ignored our citizens in Puerto Rico, where Hurricane Maria’s death toll reached more than 4,000. We have no idea what the future looks like for the 4.7 million children in the U.S. whose parents are in danger of deportation. And the administration nominated anti-immigrant extremist Ronald Mortensen to lead the Bureau of Population, Refugees and Migration, where he will decide the fate of the world’s most vulnerable children and families.

How can this country accept what is unacceptable?

We’re fighting to win in November. Get involved!

On World Refugee Day, Trump signed an executive order supposedly to end the nightmare he himself has caused, claiming he will stop separating children from their parents. But it’s only prolonging this nightmare, possibly propelling it into levels we haven’t seen in this country since World War II and the Japanese internment camps, where we shamefully detained 120,000 people simply because of their heritage and country of origin. As the country recoils in horror, Trump engages in a sham, signing an order that means that we will now be losing entire families, children and parents held together in cages indefinitely, especially since the Supreme Court ruled in February that immigrants can legally be held without end.

It seems as if many people have only just woken up this week, just opened their eyes to the deaths and the trauma that Trump and his brethren are inflicting on our shores, on our families and communities. This is a fight immigrants have been struggling with for a very long time, only to see things get so much worse than anyone could have imagined. Everyone who woke up this week needs to stay awake. We need everyone in this fight, before there’s no one left to fight for.

There is a tradition in fairytales and various old fashioned yarns which I’ve seen over the years that a hungry person will dream of lavish meals, roast beef and mutton, […]