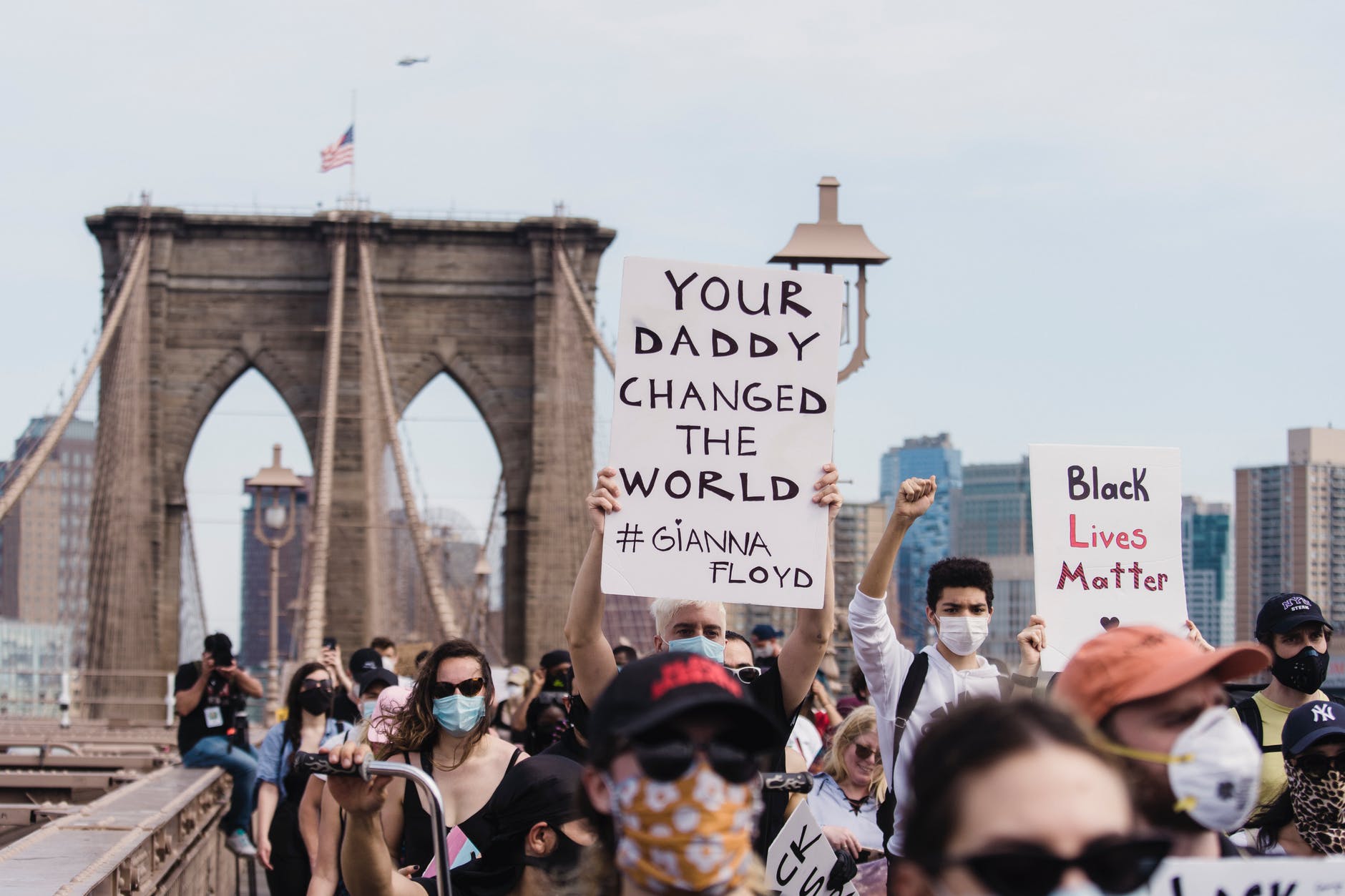 “My daddy changed the world,” said little Gianna Floyd, the adorable six-year-old daughter of George Floyd, father, brother, son, friend and child of God, who was viciously and slowly murdered for 8 minutes and 46 seconds by officer Derrick Chauvin in front of the entire world.

The aftermath of Mr. Floyd’s death has indeed shaken up the world. For the first time, in my almost 50 years, I believe that all Americans are being heard and therefore represented as a result of Mr. Floyd’s brutal murder.

When he took his last breath stating, “I can’t breathe,” he passed his life and breath into America and we were reborn. So instead of celebrating July 4th, I chose to honor America’s real birthday, our rebirth on May 25, 2020.

Since the murder of George Floyd three weeks ago at the hands of Minneapolis police officers Chauvin, J. Alexander Kueng, Thomas Lane and Tou Thao who was seen plainly on video ignoring cries and pleas by the crowd to assist Mr. Floyd, mass protests have gathered and erupted across the U.S. and the rest of the world.

Minneapolis was the first city to protest but within hours and days more cities like L.A., Atlanta, Philadelphia, and D.C. would follow. Soon the protests and subsequent movement would spread worldwide with countries like Italy, Belgium, England, Korea, Australia, and Syria protesting in solidarity.

Change is on the horizon.

Some have called to defund the police, which can have various meanings, with police reform at the top of the list followed by moving funds for social services like mental health, domestic violence and homelssness. Money could be used to fund schools, child care, hospitals and food security programs. ALL of these increase safety.

In New York state, where I live, New York City Mayor Bill de Blasio also pledged to move funding from the city’s police department towards youth and social services that have faced serious cuts or defunding over the past years. California, Nevada, Texas, and the District of Columbia have since banned chokeholds and started to review police reforms.

Democrats in Congress attempted to show solidarity by wearing traditional African Kente cloth attire and knelt in solidarity, but they knew kneeling was not enough. They have also revealed expansive legislation on police reform to include the banning of chokeholds and forcing the usage of body and dashboard cameras on federal police officers. Minneapolis lawmakers, in a shocking and historic move, vowed to disband the city’s police department less than two weeks after Mr. Floyd’s death.

More recently, a new database has been set up to collect video footage that documents police violence at the demonstrations which we have all witnessed on television and in person across the country.

Others have forced changed by defacing, removing or toppling confederate slavery linked statues that represent racism or celebrate racists previously disguised and force fed to us in school as American heroes. Even large corporations, though I question their sincerity, are promising more diversity and inclusivity.

Although it took far too long for the smug, racist officer Chauvin, with at least 17 previous misconduct complaints, who kneeled on Mr. Floyd’s neck while keeping his hands comfortably in his pocket and sunglasses adorned on his head, four whole days to be arrested. He was eventually charged with third-degree murder and days later the charges were upgraded to second-degree murder.

The continued demonstrations have sparked long overdue and wide-ranging conversations about the responsibility of the media, industries and organizations to address, combat and remove institutional racism. In one such instance, Reddit cofounder Alexis Ohanian stepped down from the company’s board of directors, urging the company to fill his board seat with a black candidate. A move that made his Black wife, tennis superstar Serena Williams, proud.

Following suit was Greg Glassman, CrossFit CEO and founder who stepped down after questioning the existence of systemic racism and downplaying the protests. And the coffee giant, Starbucks, making a swift about face after initially stating employees could not wear apparel in support of Black Lives Matter but allowing and promoting support for the LGBTQ communities in the past.

And no more promoting of “bad boys, bad boys, what you gonna do?” The famous and catchy song featured in the reality TV show Cops was canceled by the Paramount Network after 25 seasons on the air. Even the Grammys, who have been criticized for years for lack of diversity, announced that they would no longer use the word “urban” to describe music of Black origin, although I’m not sure the new replacement word, progressive, is any better. But hey, at least they are trying.

From the look and sounds of the protesters, I don’t think this public outcry for change will stop anytime soon. Change is never easy but in most cases it is always necessary, and during our country’s rebirth, change is definitely what is happening right before our eyes. The revolution is being televised as our nation is being reborn.