Florida voters share concerns on the future of the Supreme Court

Justice Anthony M. Kennedy recently announced that he will be retiring from the U.S. Supreme Court, the highest tribunal in the nation that rules on equal justice under law and interpreters the United States Constitution. Kennedy’s decision quickly set in motion the Trump administration and the Republican-controlled U.S. Senate to affirm their conservative hold on the Supreme Court. As consequence, President Donald Trump announced that his Supreme Court nominee to succeed Kennedy would be Brett Kavanaugh, a U.S. Circuit Judge of the United States Court of Appeals for the District of Columbia Circuit.

As a way of seeing how our community is responding to these developments, I decided to speak with voters in South Florida about their thoughts on the Supreme Court: 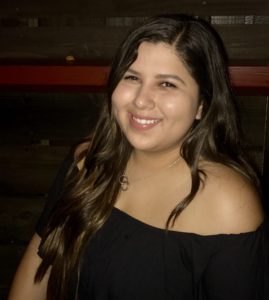 Genesis is a voter from Miramar, FL. She highlighted the power of elected officials to influence who will be on the Supreme Court and, therefore, shared that she will be coming out to the polls in the upcoming elections to elect people who put human rights above politics.

“Elections matter tome for many different reasons, one of those is the nominations of new Supreme Court Justices.”  For Genesis, the Supreme Court is tied to the basic human dignities bestowed by the U.S. Constitution. She emphasized, “I don’t want to see any group have any rights taken away.” The retiring Justice Kennedy was a swing vote in the Whole Woman’s Health v. Hellerstedt 2016 ruling that preserved the protection provided to women under Roe v. Wade. 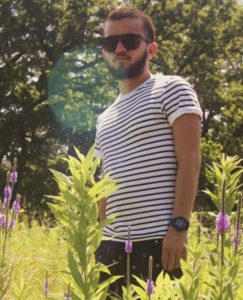 Saaid Alexander is an immigrant, member of the LGBTQ community and registered to vote in Florida. He shared his concerned for the upcoming supreme court nomination and his wholehearted disappointment with the recent ruling in favor of the baker that refused to serve a gay couple.

Saaid came out to vote in the 2016 elections and will be voting again in the November 2018 election. In his perspective, the Supreme Court shows us how much every election matters.  He states, “the addition of Justice Neil Gorsuch has already shifted the direction of the Supreme Court, with ruling in favor of Colorado Baker as a prime sample. There are now worries about the upcoming vacancy and the impact it could have on rulings that directly impact the LGBTQ community.”

Justice Kennedy was an important vote on the 2015 ruling that legalized same-sex. Saaid shared that the upcoming nomination is “extremely important because we are all human and deserve the same treatments. Sexual orientation, religion, or gender shouldn’t matter; we were all made equal and deserve such treatment. As a member of the LGBT community, I want Supreme Court Justices to uphold my right to be given the same respect and recognition as anyone else in this country.” 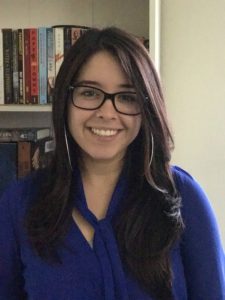 Maria is an immigrant, healthcare professional and Florida voter. She expressed her worry about the impact of the recent ruling in favor of crisis pregnancy centers and Trump’s Muslim travel ban that was recently upheld by the Supreme Court.

Maria will be casting her ballot in November for the midterm elections. She believes the Supreme Court nomination should be on hold until a new congress is seated.

“As a healthcare professional, I understand the difficulties women face in getting the health care they need. Many girls are not insured and they don’t have any means for accessing birth control or going for check ups, we can’t afford to make this anymore difficult for women and girls.”

The recent ruling in favor of the unlicensed crisis pregnancy centers is concerning to her, as women and girls might be getting inaccurate information about birth control and their reproductive rights.

Maria was also heartbroken by the ruling in favor of the Trump administration’s Muslim ban. “As an immigrant, I believe that once one is attacked, we are all attacked. We need elected officials that will vote on Supreme Court justices who will work to ensure our Constitution protects all of us, not just the few white men in power.”

By Supporting Kavanaugh, Rubio and Scott Are Betraying the Women They Represent

How much more are women expected to endure from the Trump administration? It’s not enough to have a president in power who was caught on tape bragging about committing sexual […]