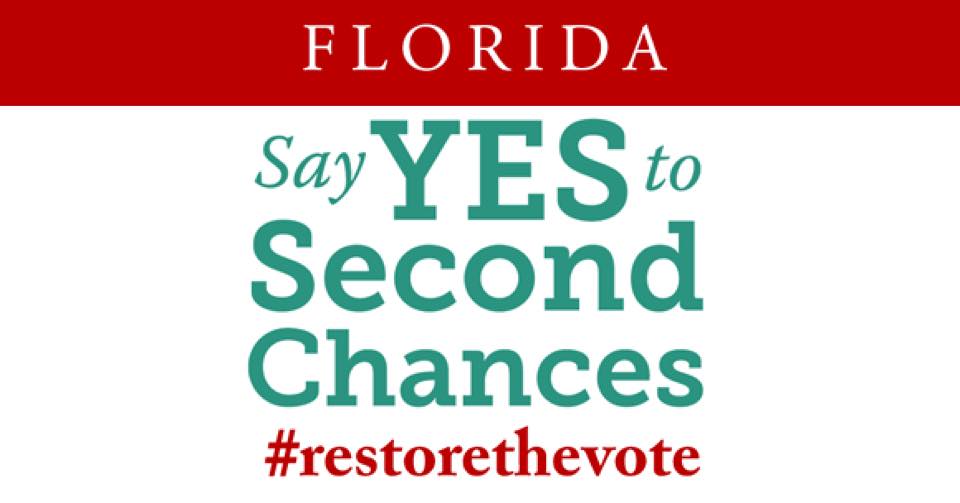 Amendment 4 restores the right to vote to people with prior felony convictions who have completed their terms of sentence, excluding those convicted of murder or sexual offenses. This means that over 1.4 million Floridians can now register to vote once again.

Prior to the passage of Amendment 4, Florida was the largest state by far that disenfranchised those with prior felony convictions, about 1.8 million citizens, including one out of every fifth black eligible voter. Those who sought their right to vote restored had to appeal to the state’s clemency board made up of the governor and his cabinet, however the process was long and bureaucratic, making it virtually impossible to go through. Out of a backlog of more than 10,000 applications, the board restores the right to vote to an average of 400 people a year.

Despite Amendment 4 being approved by nearly two-thirds of Florida voters, incoming Governor Ron Desantis and other Tallahassee lawmakers like Republican Senator Dennis Baxley have sought to delay and muddle the process of implementation. Baxley, who is the new chairman of the Senate Ethics & Elections Committee, said that the amendment “may or may not” need legislation to be implemented, and Desantis told the Palm Beach Post that Amendment 4 should not move forward until the Florida legislature passes “implementing language.”

Fortunately, the language of the Amendment is clear, and no implementing language is needed for it to go into effect. Starting today, Amendment 4 is part of the Florida Constitution and as stated previously, people with prior felony convictions who have completed their terms of sentence, excluding those convicted of murder or sexual offenses, can register to vote again.

Here is how Amendment 4 works:

Supervisors of Elections across the state have already stated that they will respect the will of the voters and implement the terms outlined by Amendment 4. The list includes Hillsborough, Miami-Dade, Pinellas, Hernando, Pasco, Polk and others. Miami-Dade State Attorney Katherine Fernandez Rundle said it will not prosecute any convicted felons who erroneously register to vote tomorrow.

Florida made history with the passage of Amendment 4. Felony disenfranchisement is a vestige of the Jim Crow era and it harkens back to a time in American history in which black citizens were prevented from casting a ballot due to racism and bigotry. This hateful legacy is what was fought against throughout the Amendment 4 campaign and its victory ensures a freer and more just Florida for all.

Thomas Kennedy is the Political Director for FLIC Votes and a communications fellow for Community Change. He tweets from @Tomaskenn.

I once heard the Florida legislative session referred to as the sixty most dangerous days of the year for people in the state. At the end of the 2019 session, […]

With life changing decisions on the ballot, young people in Florida are gearing up for the 2018 elections to hold everyone accountable and make profound changes in our state’s Constitution. […]