Will Latino’s Turnout to Vote This Year? 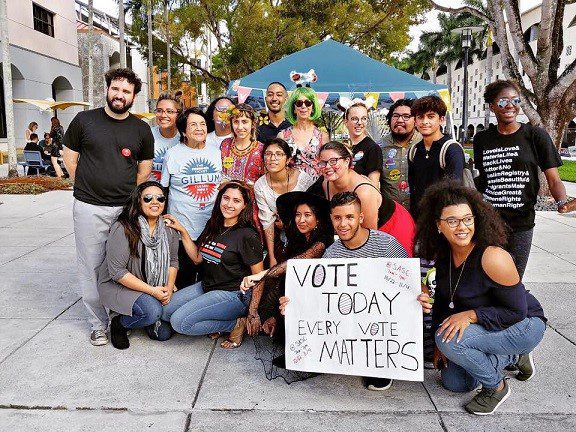 With only days left until the midterm election is finally over, one question lingers in the minds of Democratic operatives working in battleground states across the country. Will Latino turnout help usher in the much hyped blue wave that promises a change of leadership in the U.S. House of Representatives and perhaps even the Senate?

In 2016, Hillary Clinton spoke about a Latino “firewall” that would help carry her to victory. Unfortunately for her and the American public, that did not come to pass and she was ultimately defeated, with Trump carrying 29% of the Latino electorate as opposed to her 65%. Latino communities are not a monolith and treating them as such is bad political strategy.

According to studies, more than half of Latinos across the country have not been contacted by a political campaign to vote or even register to vote. Voter turnout in Latino communities has historically been low, and Democratic party strategists are counting on anger at Trump’s anti-immigrant policies being a big factor driving people to the polls this year.

But negative campaigning alone has been proven to depress voter turnout. Inciting fear in Latino communities and hoping it translates to anger at the polls is a risky strategy that could easily backfire. People need hope and they need something aspirational to motivate them to engage in our political process.

Candidate campaigns and the rise of big data are zeroed in on so called “super voters,”  people who turn out to vote in high numbers. This can result in short term electoral victories by turning out the base of support for a specific candidate or initiative, but we increasingly see low propensity voters being left out of the conversation and as a result, diminishing rates of voter turnout.

Fortunately, organizations in key battleground states are doing the work to make sure that people in these often ignored communities are being talked to about this upcoming midterm election, but also organized to build long term power. The aim is to build infrastructure within communities rather than the usual transactional electoral efforts that seek to turn out voters with no political education component.

In Florida, we saw community based organizations engage in an effort that registered more than 300,000 black and brown new voters. These voters are now being contacted to not only go cast a vote, but also become civically engaged on a deeper level.

We have a chance in Florida to end 20 years of disastrous Republican leadership that has resulted in stagnant wages, lack of access to healthcare, widespread damage to our environment, and attacks on our immigrant communities. We can change all of this by electing proven progressive champion and Tallahassee Mayor Andrew Gillum as governor, who has vowed to fight for a Florida which works for all of us.

In Texas, Latino voters might be the deciding factor in unseating far right Senator Ted Cruz, by electing Beto O’ Rourke who has been consistently on the side of immigrants in these difficult times.

If any of these things are to come into fruition, Latinos cannot be continued to be taken for granted if they are expected to show up to the polls. We need significant investment into these communities in order to motivate them to cast their votes against Trump’s white supremacist agenda. On November 6th, we will find out just how effective these efforts were across the country.

Thomas Kennedy is the Political Director for FLIC Votes and a communications fellow for the Center for Community Change Action. He tweets from @Tomaskenn.