White rage: What is it leading to and where will it end? 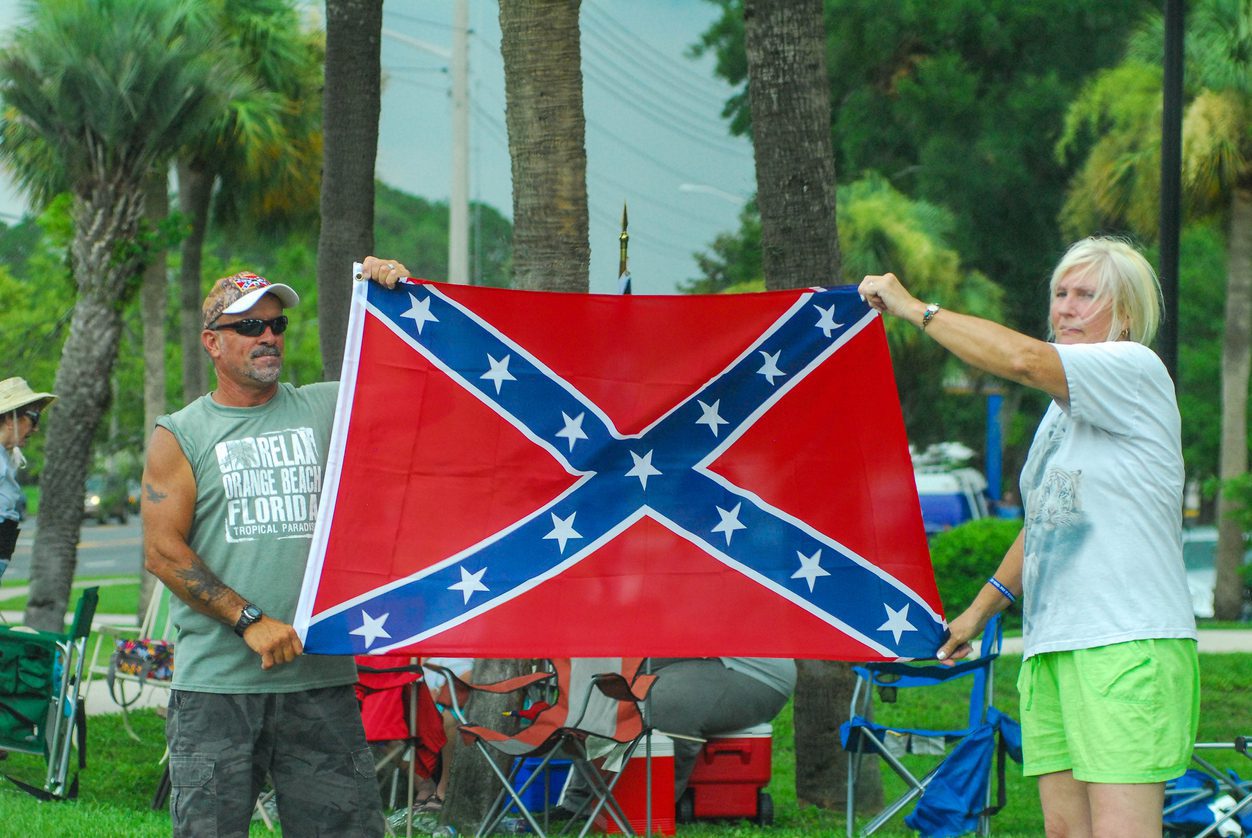 Ocala, Florida, USA - July 12, 2015: Confederate flag supporters show off the stars and bars at a 17-mile parade that includes more than 2,000 vehicles. The event followed a decision to return the Confederate flag to a display at the Marion County government complex. Credit: istock by Getty

Ever since the 2016 presidential election, there have been countless articles, theories, and commentators dissecting it. A level of white dissatisfaction, and, yes, even white rage, played a role in  Donald Trump’s win. Since then, we’ve also seen emboldened white nationalists.

We know from statistics  that a white majority (including white woman) propelled Trump into office. We know that Trump won 67 percent of white voters without college degrees, meaning  his support included millions of  votes from working class whites and those living on the brink.

I find their votes hard to understand.  And so have numerous political scientists.

I remember, shortly following the election, accidentally eavesdropping on a conversation between two white men utterly engaged with each other, describing their expectations from the president who could  ‘make America Great Again.’

“We’ll know that Trump is doing great things when the liberal media starts to bash him,” one said. “He’s going to bring back competition. Nowadays everybody wants entitlements. Competition is what made the country great.” said the other.

The conversation continued in the same vein, criticizing and demonizing government policies that restored the social safety net, or enhanced general health and livelihood.  It probably sounds to you like a rehash of a hundred bitter, angry and simple-minded diatribes broadcast by white conservatives on The Rush Limbaugh show, and  like-minded venues.

Yet this particular conversation stood out in my mind given the location: The local homeless shelter where I volunteer twice a week.

The two men who spoke about self-reliance, unfettered competition and rapacious capitalism  were both “clients” at the shelter. They were homeless. They both relied on the shelter services to survive.

Why would two homeless men who couldn’t  afford a place to live choose to side with a president and a party that opposed raising the minimum wage to a living wage? And a party opposed to countless safety net measures?

The irony captures the conundrum behind the white electorate struggling to get by that voted for Trump’s anti-working class policies. What has the Trump administration done for them? It’s in fact done many things it promised to do. Alas, Trump’s low –income supporters don’t seem to realize that from his tax plan to efforts to cut the safety net, Trump’s administration has undercut their chances at a happy and thriving life.

In the recent book, Dying of Whiteness: How the Politics of Racial Resentment is Killing America’s Heartland,  author  Jonathan Metzl describes how low income whites in red states have been dying due to Republican efforts to block expansion of the Affordable Care Act. He writes, “I talked to people who were literally on death’s doorstep  and who were not getting health care because Tennessee didn’t fully adopt the Affordable Care Act. The one thing they were holding onto was that at least their tax dollars weren’t going to what they said were ‘Mexicans and welfare queens.’”

Metzl blames the legacy of white supremacy, which has deluded too many whites into believing they are threatened by African Americans, Hispanics, Muslims, and “the other. He also blames an excess of indoctrination by conservative media. And lastly, “I’m not letting them off the hook for racism,” says Metzl, but he also encourages readers to consider how poverty and indoctrination have wedged low income whites into a desperate and delusional psychological corner.

In either case, whether the driven by white supremacy or social anxiety (or both), white hysteria has escalated into something grotesquely pervasive . Hate crime violence has spiked in the US, according to the Anti-Defamation League. Contrary to a self-centered white supremacist worldview, homegrown white extremism is a more immediate threat to American lives than Islamic terrorism.

Researcher Kathy Blee points to the power of the internet to spread hate-based ideologies so that whites who maintain conservative inclinations inevitably encounter hate speech. “A lot of them are very casual  viewers initially, and they get pulled into these extreme ideas,” says Blee.

The lines are not difficult to draw: Racial resentment which found its initial focal point in Trump’s election has spread in ripples to the outer fringes of extremism. The ripples became waves seen worldwide, with more racist vitriol and attacks in the US, Europe and New Zealand.

But the question that stands  unresolved is this – how do we stymie this phenomenon? Or use the social anxiety and disenfranchisement at its roots to change it toward something purposeful, and directed towards honorable goals?

It’s hard to empathize with members of the Aryan nation or hate groups advocating violence. But the two homeless men that I heard ironically supporting Trump’s anti-working class have not descended to this level – yet.

They’re both confused , angry and trapped between poverty and their misdirected pride. They have settled for simplistic and childish answers that salvage a sense of superiority because they lack the confidence to believe in their own individual human rights.

Whites Americans and whites across the world may be faced with a choice between descending into hate rhetoric, or finding the inner resources to believe in themselves and choose humanity.