“What’s not to love about Charleston? Or Santa Fe?” 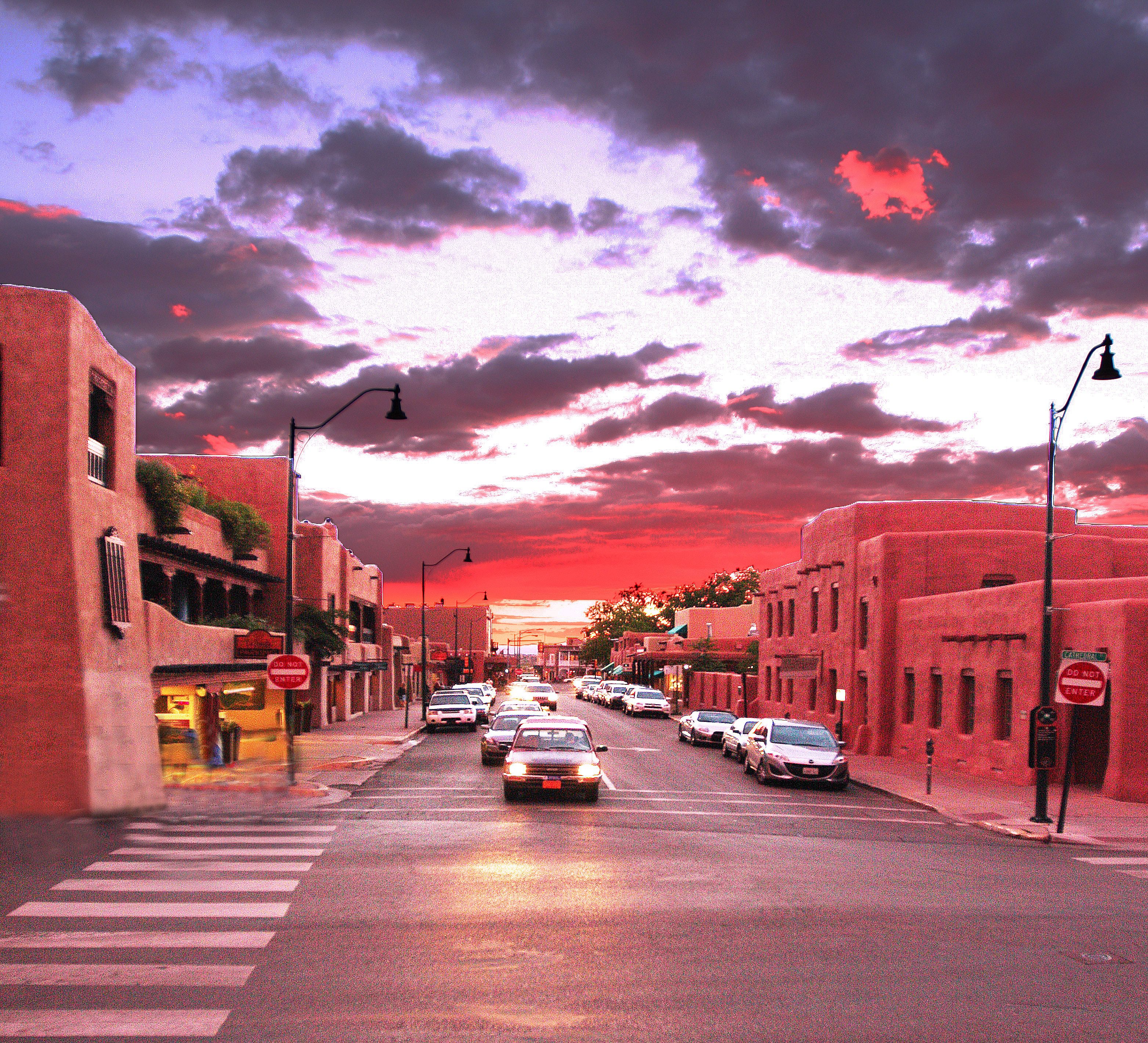 What was I watching? A bright, chipper afternoon edition of The Today Show on NBC. For this segment, the TV hosts invited an editor from Travel and Leisure magazine to present Travel and Leisure readers’  picks for the Top 5 Tourist Trips of 2019.

No. 1 on the list was Charleston, SC, presented via a shallow and touristy overview. “The dreamy Spanish-moss-draped oaks. The candy colored row houses. Charleston’s magic lies in an alchemy of old and new, genteel and unpretentious, city glamour and nature at your fingertips.”

No. 2 was Santa Fe, New Mexico. The Santa Fe overview focused on a motel newly opened by “a hot young couple.”  Frankly, I had never heard of the place. I chuckled to myself, “Damn. Am I a trendsetter,” because the top listings were a travelogue of my residences over the last 20 years– 13 years in Charleston, then the past seven years in Santa Fe.

Charleston and Santa Fe were indeed lovely places to live if you could afford them. Now fewer and fewer locals who belong to the historic communities which cultivated their charm and built the historic homes could afford to stay.

This wasn’t mentioned on the telecast.

I know that many people will argue that a Travel and Leisure TV spot isn’t the place to unpack history and economics.  I nevertheless found both presentations sadly one dimensional  — no context, no history, and no locals.

Nobody said the ‘G word’: Gentrification.

The show was aimed at vacationing tourists, but many tourists and retirees will  choose to move to their beloved vacation getaways. They would be well-advised to educate themselves. They will discover communities riddled with poverty and frustration that severely impacted by gentrification.

In fact, since the ballooning tourism industry in both cities was accompanied by the exorbitantly rising rents, most of the people I knew in Charleston and Santa Fe lived in fear of being dislocated and financially forced away.

In 2000, the median price for a home in Charleston, South Carolina, was just $152,100. By 2015, that number had spiked 77.5 percent to $270,000, according to a study conducted  by Realtor.com which also listed Charleston among “the fastest gentrifying cities in America.”  This trend defines what happens when wealthier residents moving into a neighborhood raise the property values and cost of living , subsequently pricing out less-wealthy residents.

Tragically, in the historic Southern city of Charleston, the African American population has depleted by nearly half.

Census figures show that blacks made up 41 percent of the population in 1990. It had been reduced to only 25 percent in 2010.

The descendants of the black enslaved people whose labor cultivated Charleston gardens and raised Charleston’s mansions have been ‘evicted’ while the tourism industry soars. An article in the New York Times eloquently waxed that gentrification may be the most toxic historical threat to a “ black population that survived the slave trade, the Civil War and Jim Crow but may be no match for the rising rents and property values.”

In Santa Fe, one of the oldest cities in America, a terrain of Spanish adobe houses and blue skies above, Latinos have been displaced from the city’s heart to the outskirts.

The result has been that the largest growing areas of the city are populated by low-income Latinos. These are communities where the largest numbers of children live, yet they have the fewest parks.

Furthermore, studies have shown that this is the general pattern characterizing gentrification.  It’s often a racialized process. It’s usually white residents benefiting at the very least from the racial wealth gap — who move into historically African American and Latino neighborhoods.

So I hope that the next time someone on TV asks, “what’s not to love about Charleston? Or Santa Fe?” he or she subsequently pauses, and listens to the legitimate concerns. Locals who suffer the upshots of these social ills would appreciate it.

It’s only by acknowledging the harmful impact behind gentrification that we can begin working to ameliorate it.  The Today Show can do its part by encouraging cross-cultural cooperation rather than ignoring the issue.

It’s to the credit of companies and new residents moving into cities that more and more of them express an interest in working with the local government to preserve the character of the community, sustaining old neighborhoods and traditions.

They can cooperatively stymie gentrification through a massive influx of additional subsidized low-income housing, rent control laws, and rezoning plans that don’t cater to the land developers, but to the current residents’ values and visions for the community.

Growth, investment, and revitalization are not inherently bad, but need to be checked. Policy-makers and legislators can do that by adopting rental, housing and zoning laws that protect residents instead of catering to developers.

Some residents are working to slow the gentrification tide. A coalition of faith-based community groups, Charleston Area Justice Ministries (CAJM), is leading a campaign to increase public investment by $15 million in the development and preservation of affordable homes and apartments. CAJM is calling for a regional housing trust fund that would annually direct funds from the cities of Charleston, North Charleston, Mt. Pleasant and Charleston County to create housing affordable to households earning less than half of the area’s median income of $37,000.

Gentrification affects all of us. We can choose to stop gentrification from undermining the structures that support healthy communities and economies so that we can ensure economic stability for everyone in our neighborhoods.