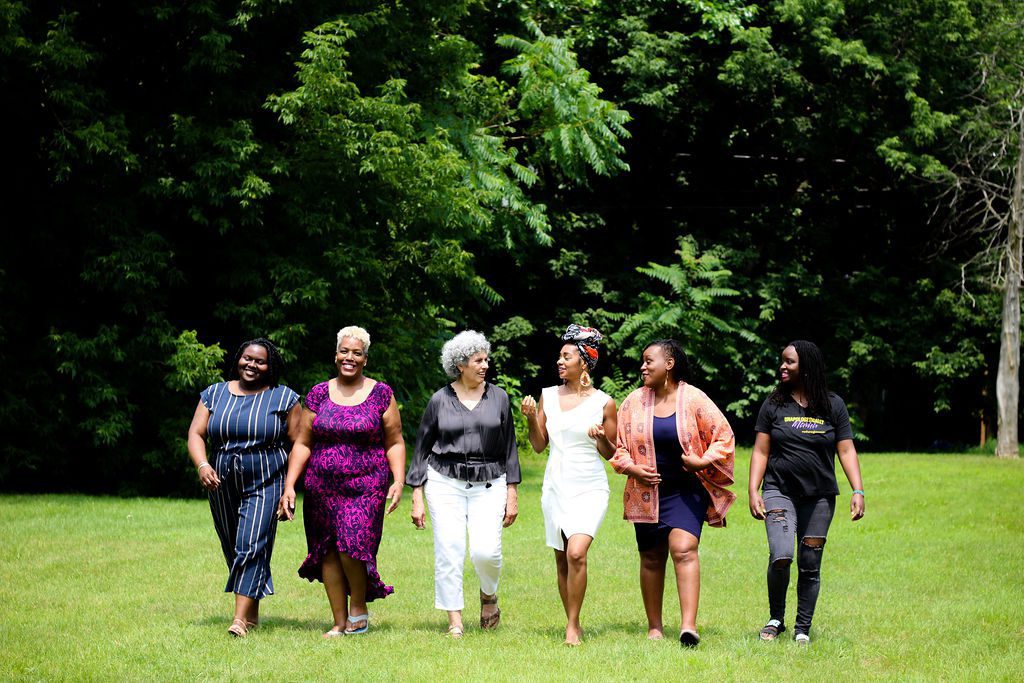 Trending with the hashtag #WhatMamasWant, hundreds of mothers in Michigan organized a forum on issues that impact their lives and then gathered to watch the two-day Democratic presidential debates in our state this past July.  The events were filled with wide-ranging questions about issues that affect our daily lives, from why Black women have the highest maternal mortality rate in the country to how unemployment rates have dropped but the cost of living has increased and why the federal government has taken so long to create initiatives to close the racial wealth gap.

And, why is the cost of infant child care in our state more expensive than the cost of college at some public universities?

The concern expressed by mothers on these topics while watching the debates made me realize with certainty: Mothers will vote en masse in the 2020 presidential election.  They are closely watching each candidate’s strategy on how they are going to put more people to work, increase wages for child care educators, and help families make ends meet while providing children with safe and stable learning environments starting at birth.

On the second night of the Detroit debates, the seed of a substantive conversation around child care and women came up when Sen. Kristen Gillibrand pushed former Vice-President Joe Biden on his opposition to women working outside the home and expand the child care tax credit almost 30 years ago.

Mothers and fathers care about who will be our next President because they want the very best for their kids – that means child care that they can trust, no matter their income level. We are hopeful that this promise is taking root among presidential candidates who are now connecting the need for families to be able to afford quality child care with families’ economic security.

The eye-popping cost of a child is an enormous economic burden on families, preventing them from affording a home, job opportunities that pay more, and maintaining stable care for their children.

As the next round of Democratic Presidential debates comes together in Ohio on October 15, we need candidates to detail their commitment to achieving quality, affordable and culturally relevant child care for all families while at the same time providing child care educators a living wage.

Senator Elizabeth Warren was the first 2020 presidential candidate with a plan to guarantee universal high-quality child care and early education, paid for with a new tax on ultra-millionaires. Warren’s proposal asks those with a net worth of more than $50 million to pay a yearly tax on their wealth, generating $2.75 trillion in new government revenue over the next ten years. Furthermore, Warren’s comprehensive plan addresses another essential matter: workers pay. The plan ensures parity by requiring that compensation for child care educators be comparable to those of similarly-credentialed local public school teachers.

Other candidates are also unveiling their own proposals or co-sponsoring key legislation.

Senator Kirsten Gillibrand released a “Family Bill of Rights” that includes plans to make child care more affordable, paid by a 0.03-percent tax on every Wall Street transaction. According to the senator’s proposal, the tax would raise over $777 billion over ten years.

These candidates recognize that with the rising cost of living in America, finding affordable and quality child care is vital for our economy, particularly when it involves women. Women have traditionally been the primary caregivers; without access to child care, women face the challenge of getting higher wages, securing a new job or advancing in their careers.

Additionally, approximately two million adults, the vast majority of them women, are paid to care for and educate approximately 10 million children from birth to age five. Across almost the entire country, early childhood educators are in economic distress, and data suggests that this reality falls disproportionately on women of color, who comprise the majority of this workforce.

Through my work with mothers in Michigan, I witness how in marginalized communities of color, the crisis takes a heavier toll as early child care educators often have to work two or more jobs to provide for their own families. And when I engage with mothers, particularly mothers who are voters of color, I am constantly hearing how they are feeling hopeful that the 2020 presidential election and their vote is a way to make critical changes for their families.

That’s why a movement is taking hold among working parents, educators and child care providers. We are part of a network across the country, calling on legislators to see that the child care crisis we face is a crisis for people who work in the care sector and for our children.

We all have a stake in ensuring the next generation has a bright future. The first five years of a child’s life are critical to their ability to learn social and emotional skills. But with high child care costs and the reality of modern work, many families can’t give their children the chances they need early in life.

We will change that with our vote.

Those seeking the Presidency of our nation must invest in a caring economy that ensures that every child has the opportunity to succeed and that child care educators can earn a living wage. Investments on proposals like the Child Care for Working Families Act would create 2.3 million new jobs as well as opportunities for predominantly low-income parents to return to the workforce.

Danielle Atkinson
Bio: Danielle Atkinson is the Director of Mothering Justice, a statewide organization working to improve the lives of Michigan families by equipping the next generation of mother activists. Atkinson lives in Royal Oak, Michigan.

What to expect when you’re expecting… the worst

Being asked to be the guest to Donald Trump’s State of the Union Address (SOTU) by Congresswoman Rashida Tlaib, a representative from my home state of Michigan, is like being […]

Long before I ever began working in the child care advocacy field, I watched family and friends scramble to find affordable care for their children. From being a middle-schooler operating […]

Grassroots Partners Come Together to Celebrate Big Wins There have been major wins amongst the partners over the past year, such as SPACEs in Action’s $15.8 million win for Birth […]

The Trump administration is proposing a new cut to the Supplemental Nutrition Assistance Program, known as SNAP, that would leave more than 3 million people without enough food to eat.  These […]