We need policies that harness the vital roles of community colleges 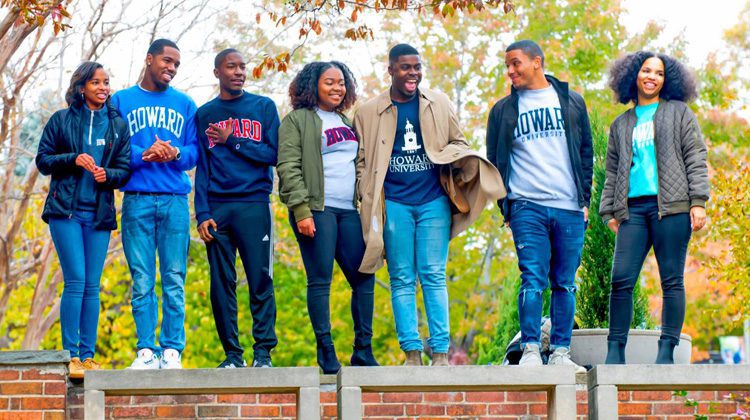 Our world has an increasing reliance on new, ever-changing technology that requires workers to have near-constant flexibility to upgrade, retrain, and retool their skills. It’s estimated that millions of ‘middle-skill jobs’ positions requiring education beyond high school, but less than a four-year degree, will be needed in the years to come.

Bills like the College Affordability Act and the numerous reform ideas coming from the Presidential candidates show a growing acknowledgment of this fact. However, reforms need to ensure our community college system plays a pivotal role in alleviating economic inequality, retooling workers for the 21st-century, and restructuring higher education to help families achieve the American dream.

Like many young people, I struggled to find my way.

I was enrolled at prestigious Howard University, but after just one semester, without family financial support, a disabled mother, and struggling with undiagnosed depression, I couldn’t continue attending. I vividly recall being emotional devastation after pleading in vain with administrators to help. Just days later I received the ominous letter giving me just 48 hours to vacate my dorm.

There I was, a young black man with no degree, no job, and now, no place to live.

I worked low-paying jobs for several years as a dishwasher, waiter, and bartender while feeling dejected, ashamed, and adrift. Thankfully, what saved me, and saves millions of Americans every day, was our under-appreciated community college system.

Our community college system plays a vital, yet grossly underutilized role in upgrading and retraining workers, lifting millions out of poverty, and being an engine for broad-based economic growth. Nearly six million students are enrolled in the 1051 different public, private, and tribal community colleges across the country. Their key roles range from preparing workers for their first job, retraining unemployed workers, and upgrading employed worker’s skills.

They serve as an escape hatch out of poverty for millions of low-income students trapped in poor-performing schools, but who have a desire to obtain a degree. These students, often through no fault of their own, are ill-prepared academically for four-year institutions and need remedial education. Nearly 70% of students entering community college have taken at least one remedial course. Community colleges reduce the educational and income disparity among poor & minority students through associate’s degrees programs and pathways to four-year institutions.

When attending community college, I regained a sense of self-worth I’d lost merely working dead-end jobs. It gave me access to its health center where my depression was diagnosed, provided me free therapy to address it, and low-cost daycare for my then-toddler son. In that nurturing atmosphere, I excelled academically, transferred and graduated with a four-year degree, and was accepted into an Ivy League Ph.D. program.

Unfortunately, many never use or never finish our vital community college degree or certification programs. In recent studies, only 13% of community college students graduate in two years and 28% in four years. This constitutes a profound failure for those students in achieving their goals, a great loss of their earning individual power, and the economic prosperity for low-income communities and the entire economy.

Over years ago, a Truman-era commission recommended guaranteed free education up to a “14th grade.” Unfortunately, the federal government, neglecting its role in equipping Americans with the tools needed to achieve their dreams, provides no uniform policy to harness the potential of our community colleges. Instead, students are left with a hodgepodge of state and local systems at varying degrees of inadequacy.

Community colleges are essential for retraining displaced workers impacted by cyclical downturns in the economy, obsolete job skills, or automation. For instance, older adults can attend while weathering recessionary unemployment and equip themselves with new computer skills or training to find work in the new ‘green economy’. They also upgrade the skills of already employed workers with certifications and other supplementary expertise, like police officer getting certified in CPR or a computer technician learn new code, which enables career advancement and higher wages.

They also play a vital role in integrating immigrants and the formerly incarcerated into our communities. One in four community college students is an immigrant or children of immigrants. These schools help new immigrants transition into American society by providing English language training and certifying skills obtained informally or in foreign educational systems. They also can assist in transitioning formerly incarcerated individuals by teaching employable skills or awarding certifications, like barbers licenses, of skills learned while incarcerated.

We need policies that harness the vital roles community colleges already play to uplift millions out of poverty and grow the economy. Policies like guaranteeing free tuition at public community colleges, partnerships with high schools for seamless acquisition of high diploma and associate degree, employer tax incentives for employers to encourage their workers to upgrade skills, programs for new immigrants and formerly incarcerated students seeking careers in skilled trades and ‘green economy’ jobs.

These policies would harness the untapped potential of all Americans by utilizing our community colleges to reduce inequality, help families escape poverty, buffer workers from economic downturns, and integrate better immigrants and formerly incarcerated individuals into society.