We Must Treat Climate Change as a Racial Justice Issue 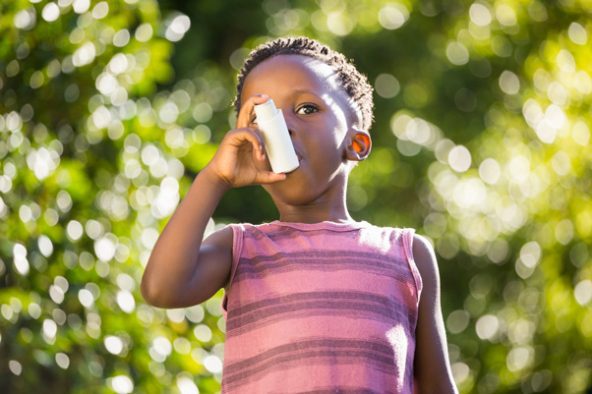 The climate is warming—and Black, Indigenous, Latinx, and Asian American communities continue to bear an outsized share of the burden caused by global warming.

The regions with the most cancer-related air pollution have some of the highest ratios of people of color. In 2012, 78 percent of African Americans lived within 30 miles of a coal plant. 80 percent of Latinos live in counties that violate federal air-pollution law. In total, non-white populations breathe 38 percent more polluted air than their white counterparts. That’s just the air. People of color are disproportionately affected by heat waves, wildfires, and storms—and unless we do something to turn back the clock, these occurrences will only intensify.

This is the reality: Climate change is a racial justice issue and it is placing outsized harm on Black, Indigenous, Latinx, and Asian American people.

Yet, many Americans incorrectly believe that nonwhite and low-income Americans are not as concerned with climate change compared with white and more affluent Americans. The top environmental organizations are majoritively white, and a new study points to how they are getting even whiter. Voices of colors are being ignored while the white, affluent experience is centered.

It’s time to broaden how we view the environmental movement and ensure we are centering the voices of those most impacted, especially people of color, in our fight to protect the planet.

The environmental movement should be inclusive of everyone who believes that breathing clean air, drinking clean water, and surviving weather patterns is a human right–and that most certainly includes communities of color.

Instead, we need to boldly push for inclusive policies and solutions that meet the needs of the communities of color who are bearing the brunt of climate change. To start, we can follow the example of people of color already leading the charge.

The NAACP Environmental and Climate Justice Program, which Jacqueline Patterson leads, specifically empowers and highlights the ways communities of color are affected by climate change. The Climate Justice Alliance is uniting communities across race, gender, and economic status who are on the frontlines of the fight. Native Organizers Alliance organizes power around environmental justice and specifically makes space for indigenous activists to convene and collaborate.

Climate change is an emergency and we must urge Democratic presidential candidates to address it at tonight’s debate in Ohio.

We have an opportunity to treat climate change as a racial justice issue by centering the voices and experiences of people of color, give them credit for their work, and be explicit about how the environmental movement should also be a racial justice movement.

A warming climate is terrifying. We can’t turn the back on climate change without including the communities directly and most severely impacted. Black, Indigenous, Latinx, and Asian Americans need to be a part of the solution.