We cannot tolerate innocent children dying on our watch. No matter where they are born 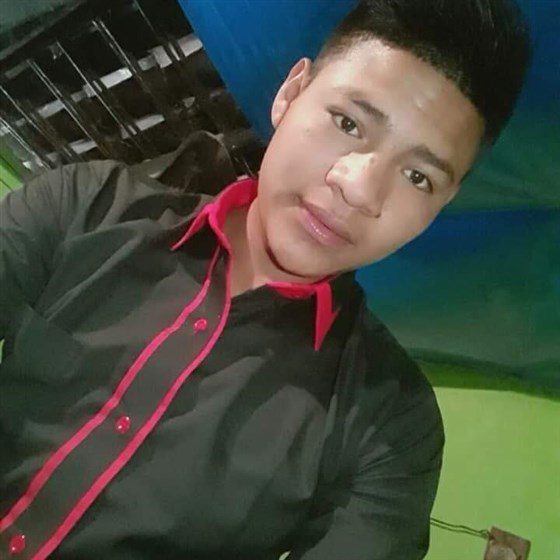 I recently heard U.S. Congressman Sean Patrick Maloney on local News12 reference the inhuman treatment of undocumented immigrants being detained in our overcrowded border patrol facilities. Every time I hear about the deplorable conditions immigrants – and specifically children – are being held in, my heart breaks again for Carlos Gregorio Hernandez’s mother.

The 16-year-old teen left Guatemala on a 1,000 mile journey to the United States to help support his eight siblings back home, especially a brother with special needs. Carlos Hernandez, known by his family as Goyito, was the fifth child from the country to die since December. Yet here we are again speaking to the horrific conditions immigrants are being held in and nothing is being done about it.

As a mom of 4 children, including a special needs son, I know how often I’ve had to rely on my two oldest boys to help me look after him. And how protective they’ve been of their brother and me.

I feel the agony of Carlos’ family.

Carlos died one day after being diagnosed with the flu while in the custody of U.S. Customs and Border Patrol at a processing center in McAllen, Texas. So far at least three migrant children have died from influenza in U.S custody, yet vaccines won’t be provided.

Every migrant child’s death is heart wrenching and inexcusable.

None of their parents will recover from the anguish of losing a child.

The story of Carlos’ tragic death has stuck with me. Every time I hear or see another version of his story, I ask how in the bleep did this happen? We’ve all heard of people dying from the flu, but these migrant children are dying in one of the most inhumane ways.

Almost any American with a heart continues to be angry and concerned about the tragedy continuing to happen on the border. But I’m also still thinking about Carlos’ brother with special needs and how he’s faring.

In the early days of my youngest son’s autism diagnosis, I lived in absolute fear and constant worry because he also had to contend with Attention Deficit Hyperactivity Disorder (ADHD) and Oppositional Defiance Disorder (ODD).

This unpredictability caused panic because I never knew what would trigger behavior. I was consumed with nightmares that Child Protective Services (CPS) would pop up, display their identification and rip my son from my arms.

Living in a state of constant panic, worry and fear that your child might be taken away for something he can’t control is another type of prison, and one I don’t wish on any parent. Yet immigrant families live this existence daily. Whether in their home country where they are often living in unimaginable unsafe circumstances, fleeing a corrupt government or facing illnesses and mental health conditions they are not equipped to handle, these families are living in fear.

So I can’t imagine how Carlor’s mother, with eight children, agonized over the decision to send her oldest son into the U.S. in an effort to try and help the remaining siblings back home, especially the child with special needs. She was in an impossible predicament facing uncertainty with either decision. Gilberta Vasquez, Carlos’ mother, told news outlets “why they didn’t obey the 72 hour law?”

The 72 hour law states that unaccompanied migrants are not to be held for no more than 72 hours before transferring them to Immigration and Customs Enforcement (ICE) or the Office of Refugee Resettlement, responsible for migrant children who come to the US without a parent. Carlos remained at that facility for about a week before being transferred to a border patrol station.

As the African American mother of a daughter and three boys of color, I’ve witnessed my own sons’ rights being violated at the hands of law enforcement. Once while on a call with my twenty-five year old, I listened on speakerphone as he was pulled over by the police for a violation that law enforcement later couldn’t prove.  I can’t stomach how alone and helpless Carlos must have felt.

“They detained him there and they didn’t worry about him,” Gilberta said.

If the Trump administration is hell bent on immigrants entering our country legally and adhering to our laws, shouldn’t we be upholding the law too?

We cannot tolerate innocent children dying on our watch. No matter where you are born, how much money you have or the color of their skin, no parent should live in fear of their child being taken away. Full stop. But in no way can we tolerate losing our children to the authorities and most definitely not to death.

Carlos’ mother wants answers, so do I and you should too.