Part 2: The Fight for Medicaid by Colorado’s Disability Community

In 2017, when Medicaid was once again on the congressional chopping block, the largest national organization for civil rights for people with disabilities, ADAPT (American Disabled for Attendant Programs Today), summoned disability rights organizations across the country to join the fight. Approximately 100 organizations mobilized, including one of ADAPT’s “daughter organizations,” Colorado Cross-Disability Coalition (CCDC).

Colorado became one of the focal points in the fight, with Colorado Senator Garner loudly professing support for Medicaid cuts. In response, ADAPT and CCDC led the fight to protect Medicaid, on behalf of the nearly 120 million Americans with disabilities who rely on the program to survive. In Colorado, 26 percent of the 560,000 people with disabilities rely on Medicaid.

Currently, Medicaid is the largest payer for critical services for people with disabilities, ranging from medical treatment and primary care, wheelchairs, ramps, and other home modifications, to services for children in schools and job training for adults. And according to the Center on Budget and Policy Priorities, Medicaid pays for half of all long-term services and supports for people with disabilities across the country.

“These home-based and community services keep our population in their homes, rather than be institutionalized,” says CCDC staff member Shannon Secrest, whose 16-year-old son receives home care services through a Medicaid waiver designed for kids who will need long-term supports.

Thus, for CCDC, the fight to protect Medicaid is also a fight against the forced institutionalization of people with disabilities. “There are millions of people with significant disabilities who depend on long term care and services,” says organizer Dawn Howard. “Otherwise, they’d be in nursing homes.”

Many of the families involved with CCDC are low-income, due primarily to the state’s Medicaid asset limit, which requires recipients to have $2,000 or less when they apply for long-term care. “If your total assets are $2,000, most likely you’re qualifying for SNAP and WIC and TANF and Section 8,” says Shannon. As such, she considers the work of CCDC as intersecting with a host of other issues, including food security, housing, employment, and poverty.

And disability can and does happen to anyone. “If there’s one level playing field about disability, it’s that it doesn’t discriminate,” says Shannon. “You can become disabled at any point. So the notion that it’s just those other people is just not the reality.

In Colorado, CCDC has been a loud champion of Medicaid, advocating for Medicaid as an issue that spans political, class, or geographical divides. In 2017, they initiated a rallying cry in hashtag form, which continues today. Behind the #VoteForMedicaid hashtag is a declaration and a direct message to current and prospective candidates:

In order to be elected in the state of Colorado, you must stand up for Medicaid.

CCDC has reached out to ally organizations across the state to gain support for their social media campaign, asking them to use the hashtag and sign on to a letter of support. “We reach out to anyone,” says Shannon. “It could be the home builders association that was building ramps. Anyone and everyone.”

So far, over 100 organizations have signed on to CCDC’s letter of support and many have also jumped aboard the hashtag campaign, sharing it with their members and encouraging digital storytelling about the importance of Medicaid. That storytelling is essential because both Dawn and Shannon say much of their work to advocate for Medicaid involves a good deal of myth-busting—about disability in general, but also the logistics and cost of home care versus institutionalization.

First, cutting Medicaid funding ignores a stark reality: there simply aren’t enough nursing homes in the United States to house and care for the millions of people who would lose access to their home service.

Second, while Medicaid is often seen as a policy priority of the progressive left, Dawn says the values behind it reach easily across the aisle. Preserving Medicaid makes both moral and fiscal sense. “We really talk a lot about choice and fiscal responsibility,” says Dawn, noting her Republican colleagues and fellow organizers who lobby in DC on behalf of Medicaid. “They say, ‘I’m a Republican and Medicaid is a human right.’”

Shannon says, “The bottom line is, keeping people in their homes is far cheaper than any kind of institutionalization.” She pauses. “But it’s also our desire. Our desire is to have the freedom to be able to come and go and choose our caregivers and make decisions that affect our daily lives.” 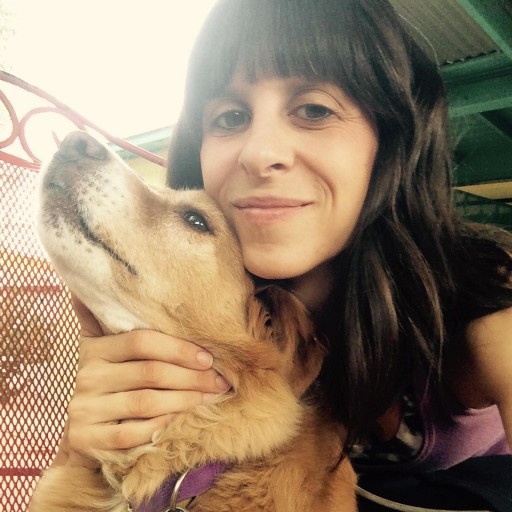 Debbie Weingarten
Bio: Debbie Weingarten is based in Tucson, Arizona and writes at the intersection of agriculture and social justice. Her work has been featured in Guernica, The Guardian, The Economic Hardship Reporting Project, Longreads, Vela, and many others. She was the nonfiction winner of the 2017 Tom Howard/John H. Reid Fiction & Essay Contest and a 2017 Best of the Net nonfiction winner. Her essays are included in the 2016 and 2017 Best of Food Writing anthologies. She has won several Arizona Press Club awards for her environmental, social issues, human interest, and profile writing, and Honorable Mention for the National Press Foundation’s 2017 Carolyn C. Mattingly Award for Mental Health Reporting. She is an activist, a former vegetable farmer, and a writing partner for the Female Farmer Project, where she documents the rise of women in agriculture.