Our country’s modern history of immigration is built on white men’s attempts to create a whiter nation. Donald Trump’s efforts to tear at family reunification in the name of ‘ending chain migration’ is no different.

President Trump has revived an effort to rewrite — and “rewhite” — the immigration system by attacking a bedrock value of our country: allowing families to stay together. While using terms like ‘chain migration,’ he has laid out a plan that will rank immigrating individuals and limit legal residents’ ability to sponsor their parents, spouse, or children for entry into the United States.

Meanwhile, family reunification is part of what makes our country so strong.

By threatening our immigration system, the White House is trying to turn back the clock. Trump’s proposed agenda would reverse progress made by the Immigration and Nationality Act of 1965, and return our country to an era when our race was our currency. These Republican attacks on are not only cruel – they also tear at our country’s morals and create a fear of diversity behind false claims of security and economic stability. 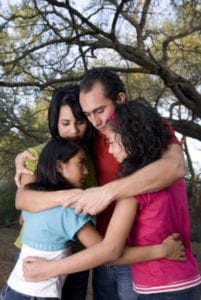 Our current immigration system was established under the Immigration and Nationality Act of 1965 — an Act that placed value on reuniting families and welcoming skilled immigrants into our country. The legislation was, in many ways, a turning point for the country. It reversed years of race-based population control and allowed the United States to usher in a wider and more diverse generation of Americans.

In contrast, in the decades prior to 1965 the United States’ borders were controlled by the National Origins Formula: a series of regulations that were designed to keep America white. Watching an influx of Southern and Eastern Europeans and people of color, Congress sought to control the population by creating a legal ethnic hierarchy. Under a poor of maintaining an “ethnic balance,” lawmakers instituted a quota system that limited the number of people from each ethnicity that could be admitted into the country.

By far, the highest priority for immigration was granted to Northern Europeans.

Statistics from the 1929 census reveal the prioritization, down to the individual person, given to each nation. Immigrants coming from Northwest Europe and Scandinavia accounted for 86.5 percent of the total immigration; Eastern and Southern Europeans accounted for 11.2 percent, and immigrants from all other countries accounted for 2.3 percent.

This was the reality of immigration from the 1920s to 1965. The system sent a message to people of color: you are not welcome here. 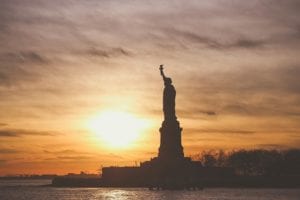 THE STRENGTH OF OUR DIVERSITY

The Immigration and Nationality Act of 1965 ushered in change. Where previous immigration statutes put a priority on ethnicity, the Act placed a higher emphasis on allowing established legal residents to reunite with their family.

Family-based migration allows for community, in part by bolstering  the “care economy” and the creation of tight immigrant networks. It offers spaces for shared culture, collaboration, and business development. It encourages innovation and invites skilled immigrants to migrate to the United States: why would you try to begin a life in a country where you knew your family would not be welcome?

In the last sixty years, our country has become stronger. Despite all of its challenges, the United States owes much of its success to the diversity of its population.

Beyond the blatant racism, what weakens Trump’s proposals even more is the that family reunification is not an easy system to enter.

The GOP has espoused false theories about immigration that paint an image of unobstructed borders and unlimited access to legal resident statuses. In reality, the current hurdles already in place for immigrants are already high. Under the program, some lawful permanent residents (“LPRs” or “green card holders”) are allowed to sponsor some immediate family members to come to the United States. An ‘immediate family member’ is limited to a child, spouse, or parent — to qualify as a “child,” the person must be younger than 21 years old and unmarried.

All applicants undergo background and security checks, sit for interviews, and yield large amounts of private information to the United States government. Even if approved, an individual waiting to be reunited with a family member must wait — often for years or decades at a time.

The White House and the GOP are trying to convince Americans that family-based immigration means open borders and that it weakens our country. This is a lie.

If enacted, Trump’s proposals would limit and whiten the landscape of American immigration — and America writ large — for the foreseeable future. Rolling back family reunification would further institutionalize racism in our already divided country.

We cannot take President’s threats lightly. In his proposals, Donald Trump is turning back the clock on racial progress and continuing to be a threat to us all.

We – “we” meaning all Americans who still believe we are united as a nation that cares for our own – face an apocalyptic nightmare scenario. In Hollywood, the apocalypse […]