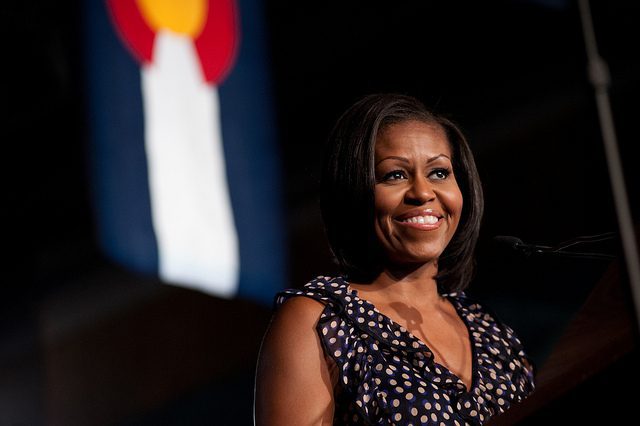 With so much at stake in this election, in Florida and across the nation, registering to vote before the Oct. 9th deadline is so important. That’s why former First Lady Michelle Obama visited the University of Miami on Sept. 28th to encourage everyone to use their vote to make their voices heard on the issues that matter.

People eager to hear what she had to stay waited for hours in the hot sun. Many were first time voters, and some registered to vote for the very first time while they waited. The passion people expressed for the issues at stake, from women’s rights to protecting the environment, was especially visible in young, new voters and the many University of Miami students who had lived through so much change in less than two years. Among them were people who were unable to vote themselves, but were determined to get involved however they could.

Michelle Obama shared powerful stories about her own family, of her father, who worked long hours and had multiple sclerosis that affected his physical mobility but still found the time to vote in every single election. His example inspired her from a young age to get involved in her community and to recognize that voting is both a privilege and responsibility. The standing room only crowd that packed the Watsco Center seemed moved by her words. I hope the rest of Florida will be as well. We need their passion, and their votes, on November 6th.