Our vote is our power 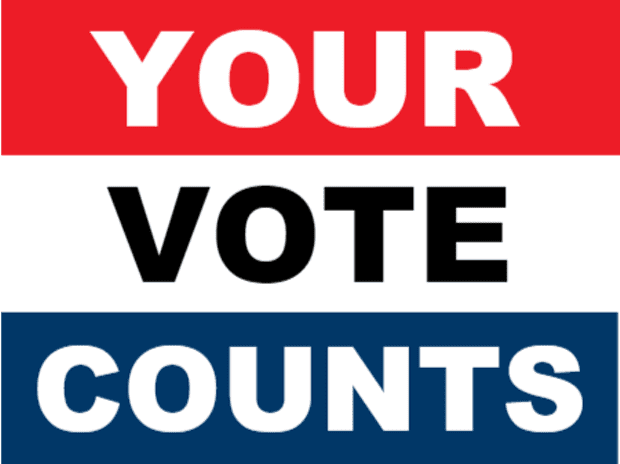 Representative John Lewis once said, “The vote is precious. It is the most powerful non-violent tool we have in a democratic society, and we must use it.”

Every day, communities are told to shrink their power. Women are told to be calmer. People of color are told to be quieter. Members of the LGBTQ+ community are told to be invisible. Voting is a arrow in the face of this oppression; it is a way for every person to cast their ballot and mark their presence, position, and priorities on the record.

I vote because casting a ballot allows my voice and my ideals to be heard.

When I walk up to the ballot box, I think about myself, I think about the generations of people who have paved the way for me to be here, and I think about all of the work that our country has left do. I reflect on  Reverend Dr. Martin Luther King’s wisdom — when we vote, we bend our country’s arc closer towards justice.

I think about my late grandmother on my father’s side who was born before 1920—and before the 18th Amendment to the constitution gave women the right to even cast our votes. Nana was one of the most inspiring women I knew: she raised six children, she painted and created art for her community, she pushed everyone around her to be a better person, and she voted to make her country better for us all.

I think about my grandparents on my mother’s side, who spent years of their adult life in Japanese American Internment camps during World War II. Despite being incarcerated without trial and because of the color of their skin, despite facing adversity from their own government, Obaa-chan and Ojii-chan spent their years after the camps making others’ lives better. In just their own neighborhood in Chicago, they pushed their neighbors to recognize humanity over learned racism, and pushed our country closer towards peace.

I think about the generations of people who came before us, who left their lives behind to start new ones in a country that vows to make every person’s voice heard.

In the same vein as Representative Lewis’ words, voting is a radical and deeply powerful act. Voting is wild, it is revolutionary, it is shattering.

In 2009, I stood on the National Mall with my parents and sister as we watched President Barack Obama be sworn in as the first black President of the United States. It was freezing, crowded, and one the proudest moments I have ever been to be an American.

I vote because of the warmth I felt in that moment: the knowledge that together, the American people can do just about anything; that we will fight for our freedoms and for our rights; and we will vote to accomplish them.

Our country was founded on a hope for equality and a goal of freedom—and voting is one of the tools we armed ourselves with to get us there. In every election—midterm or otherwise—I am proud to cast my ballot and be a voter. And on this Election Day, I will again claim my power, for myself, my family and the future of our country: I will vote.