Lean in to solve the housing crisis 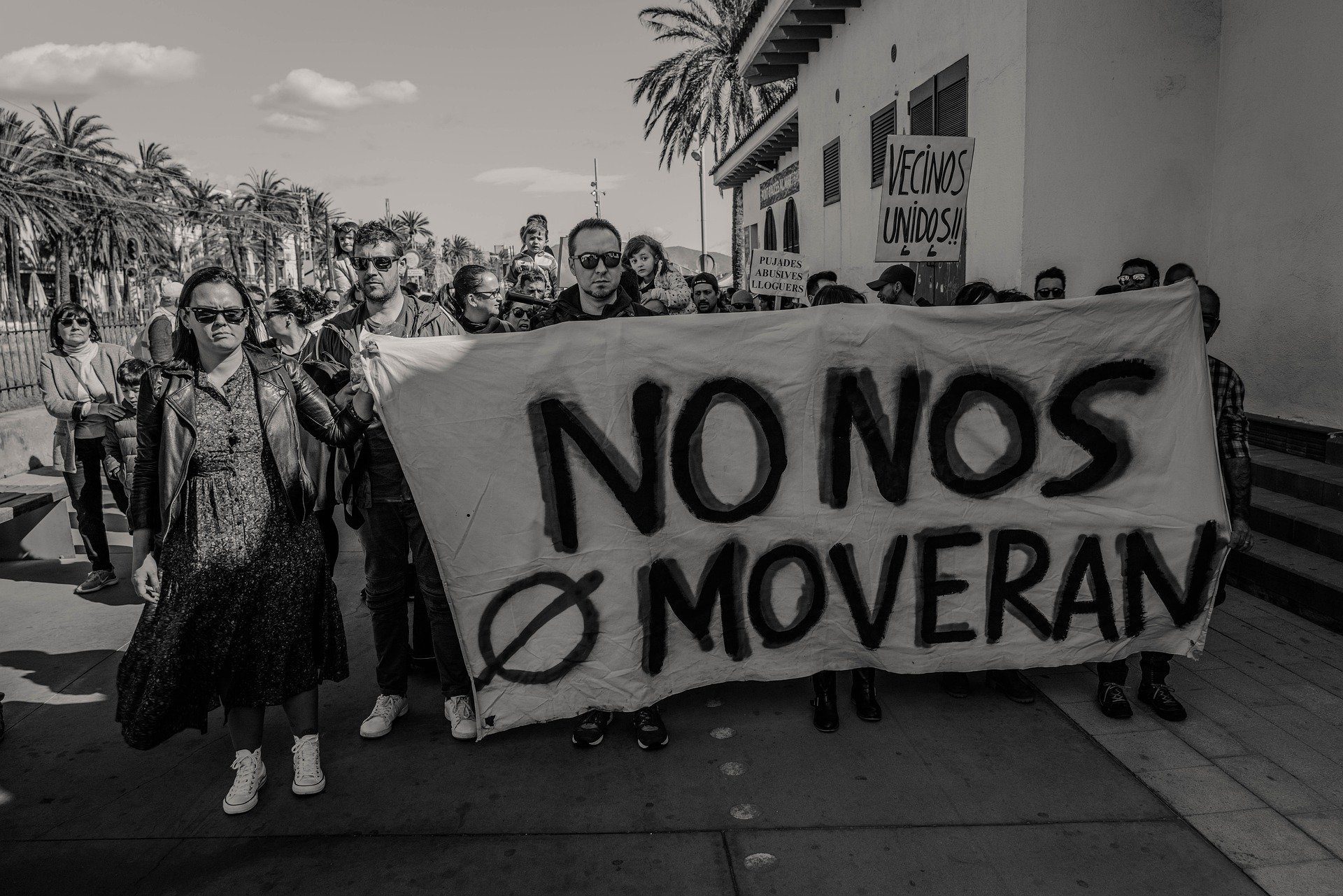 "No Nos Moveran - We Won't Be Moved." Photo by Antonio Casino via Pixabay.

As a kid growing up in Southern California in the 70’s and 80’s I was aware that there were homeless people. At that time, it seemed like a small group or small groups of harmless people congregated in certain areas mostly staying to themselves. Never would I or could I have imagined that in three decades, 567,715 Americans would be homeless. Before COVID-19 further highlighted the disparity in housing inequalities and deficiencies, the United States was facing a housing crisis that left one half-million Americans experiencing homelessness of at least one night or more.

Last year, the U.S. Department of Housing and Urban Development (HUD) released its 2019 Annual Homeless Assessment Report to Congress. The report certified by HUD Secretary Ben Carson, found that 567,715 persons experienced homelessness on at least one single night in 2019, which was an increase of 14,885 people since the year prior.

There is significant local variation reported from different parts of the country. Twenty-nine states and the District of Columbia reported declines in homelessness between 2018 and 2019, while 21 states reported increases in the number of persons experiencing homelessness. Homelessness in my home state of California increased by 21,306 people, or 16.4 percent, which is more than the total national increase of every other state combined. That’s mind blowing and heart breaking to know where I once called home, and where many of my family still live are impacted by this one way or another. Whether that means they will have to continue to rent small places and huge prices, or might not be able to afford a modest home due to the exorbitant costs of single family homes regardless of the area they are located in.

And in New York where I currently reside, the overall number of homeless residents was 78,604, according to Fox News, with the majority of the people living in shelters.

With numbers like these in just two states one can imagine what homelessness looks like throughout our country, the world’s most powerful country, yet unable to provide basic housing to all its residents. In 2020, the national group Community Change and Ford Foundation launched the “Housing Playbook Project to Urge Bold Federal Response to Housing Crisis.” The effort aims to inform transformative federal housing actions by  preparing detailed recommended actions that future administrations could take to advance a reimagined housing agenda within the first 100-200 days of the term.

Here are a few changes or new plays to consider.

A lot of people talk about lowering rents on existing structures or building new affordable housing. Yet these are not the only two options to fix our housing crisis.  What about all the underutilized and abandoned structures that already exist? Perhaps not so much in New York City, but I’m hard pressed to travel around upstate New York where I live and other places I’ve traveled through within the United States to not find empty, boarded up abandoned homes, apartment buildings and business structures. In most metro areas it is not hard to locate an old government building that is no longer being used.  If we can find ways to up fit and upgrade these spaces into affordable housing it would serve all of our communities better as well as save lots of money.

The other shift that is needed is size expectations in how and where we live. Don’t get me wrong, there’s nothing wrong with wanting to live in a nice spacious place, but at what cost? We all seem to expect or believe we deserve large, spread out places to live, but in overcrowded cities space is at a premium.

Perhaps it is time to rethink our needs over our wants and normalize a lot of these new tiny living options and spaces becoming more popular by minimalists. This one shift could go a long way toward maximizing space and lowering the costs to build or utilize what we have. Housing boards and city governments could ease up on some of the current zoning restrictions and let builders willing to construct  smaller developments. Local governments can’t complain about the number of homeless in their cities and counties without a viable and affordable solution.

We need state governments to consider tax benefits and other incentive programs where employers pay portions of their employees’ rents or mortgages.  Some of the financial burden could be eliminated from corporations and employees would have a chance of affording a home near their work.

In addition to the government, employers can often help employees by providing housing incentives near work or perhaps even providing housing on the work campus where the site is large enough to house employees. Companies such as Microsoft, Boing, IBM and Facebook come to mind.

It is not only up to our government to fix our homelessness and housing crisis; it takes all of us to lean in to solve this emergency. These are our neighbors, friends and family in some cases. The old status quo of ignoring the problem, or taking an alternate route to avoid seeing homeless people won’t work. If we don’t act soon, the gap between families with a decent, clean, safe place to live will shorten and once that happens it will be too late.