It is time for the minimum wage to Increase in Florida, across the country 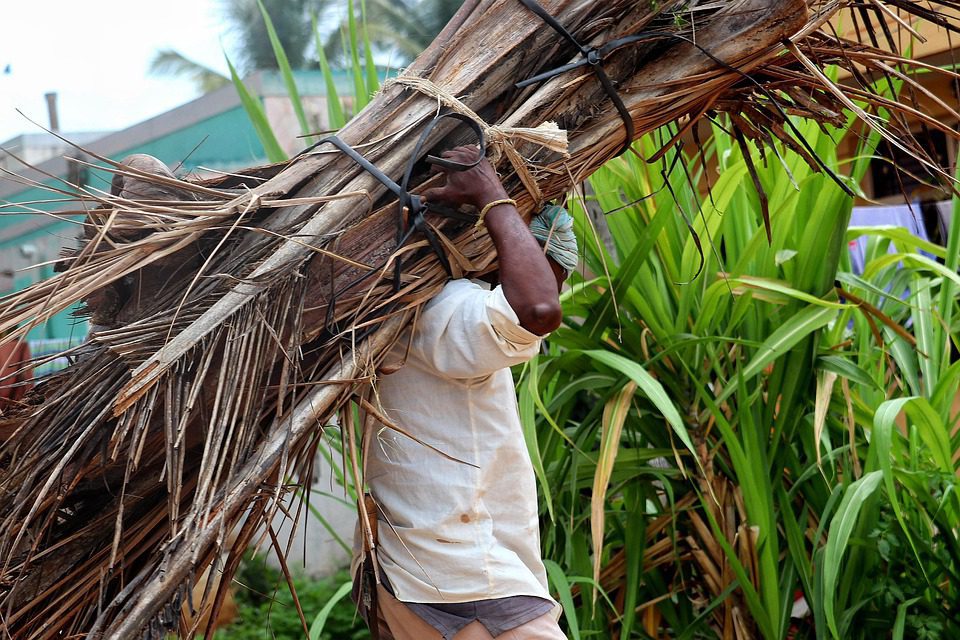 For most of my childhood and adolescence, I was under the impression that financial success was merely a decision. That “if you want better, you’ll do better”, and “if you think rich, you’ll be rich.” My perspective of people who struggle to get by was skewed simply because I believed every motivational quote rich people would provide as an “easy solution.” Rich people who, in most cases, had never experienced poverty themselves.

Oftentimes, we hear certain people and politicians talk about “picking yourself up from the bootstraps.” In essence, it sounds like an American dream. It’s an entrenched narrative about living in poverty.

Poverty in this country has been aided and abetted by policies that purposely hurt people struggling to get by and a narrative fueled by some politicians who want to blame people living on the brink so that they can create the conditions that benefit the wealthy few.

It has created a system that has frayed and ripped apart the financial safety nets that can help people get by. People who need it most don’t have financial safety nets. When you really think about it, “saving tips” are only beneficial for middle or upper-class families who have the means to allocate their money elsewhere. These traditionally pervasive issues can’t apply to those with low-income households simply because they can’t waste money they didn’t have to begin with.

The oversimplification of poverty has benefited a false narrative. Even making long term financial goals is a luxury most low-income families can’t afford to dream about.

There are systemic barriers that prevent economic stability across various communities. For instance, job opportunities are not equal for all of us. A study conducted by researchers at Northwestern University concluded that, on average, “white applicants receive 36% more callbacks than equally qualified African Americans” while “white applicants receive on average 24% more callbacks than Latinos.” Unfortunately, many aren’t willing to see the direct connections between poverty and race in the job market.

Another systematic barrier is minimum wage. Although championed by a few states for higher pay, and a progressively common conversation amongst several other states, many still adhere to the federal minimum wage of $7.25, a wage that hasn’t moved in over a decade despite inflation. Based on the standard budgeting concept of not spending more than 30% of income on housing, making minimum wage wouldn’t cover a modest two bedroom apartment anywhere in the U.S.

Floridians know this reality too well. This battleground state will decide whether to raise the minimum wage to $15 by 2026 during November’s presidential election. Like most states, Florida’s minimum wage of $8.46 perpetuates poverty and underemployment.

Raising the minimum wage is a citizen initiative measure that has been placed in the November ballot that seeks to provide a livable wage for Florida workers, as it should be everywhere in our nation.

Although the Florida House and Senate are attempting to make it harder for ballot initiatives by increasing the number of signatures needed, ballot organizers have already collected the 800,000 signatures needed to qualify for the ballot. This proposed plan intends to incrementally increase minimum wage to $10 by 2021, and then by a dollar each year until it reaches $15 by 2026. To pass, 60% of voters would need to vote in favor of this initiative. An attempt to give every Floridian a fair wage is a huge step to reducing poverty and economic hardship in the sunshine state.

There are so many misconceptions about poverty and efforts to raise the wage are critical to tackle them.

At the same time, we have a system at play that creates income inequality, a gender wage gap, and blatant racism that do affect Black economic success at a disproportionate rate.

Society seems to have a hard time grasping both narratives to be true. Therefore, we must first acknowledge that poverty is a political issue, not a personal issue, then we must acknowledge that black poverty is fundamentally different than white poverty, and that our policies are not confronting this racial divide adequately.

We live at a time when employers pay people below a living wage that doesn’t account for the rising costs of necessary expenses such as rent or child care. Meanwhile, legislative proposals and policies that deeply cut into government resources limits the livelihood of people who need this the most.

A single parent of two young girls, my mother made just above $30,000 a year. Despite working multiple jobs to make ends meet, having to pay rent, financially and emotionally raising two daughters, making payments on student’s loans and a car note, as well as other expenses, she didn’t seek public assistance; not because she didn’t need it, but because she was aware that the system considered her income sufficient enough to take care of all her bills. My mother didn’t make poor choices but she was subjected to financial hardship. She did everything she could to make sure my sister and I had what we needed, yet she still struggled, fighting daily to overcome a system that worked against her. Applauding a single mother, working two jobs to make ends meet, isn’t a beautiful tale of determination and hard-work. In fact, it is a sad reality that our system is willing to allow someone to overwork while being underpaid in order to keep their lights on.

Trump’s budget request for fiscal year 2021 will only worsen that reality for many Americans. This proposed plan will cut funding for student loan assistance, affordable housing efforts, SNAP and Medicaid. In fact, this 4.8 trillion dollar budget proposes cutting SNAP funding by $15 billion alone, while also requiring all able adults ages 18 to 65 to work a minimum of 20 hours, not taking into account whether those adults have children or not. All of these financial budget cuts will affect millions of Americans, yet Trump has proposed to increase funding for things that do not protect the health of our economy, like the border wall.

Work ethic isn’t the problem. Economic inequality is. Raising the minimum wage in Florida and across the country is the solution.

Ayanna Albertson
Bio: Ayanna Albertson is a spoken word poet and writer from Durham, NC by way of Goldsboro, NC. Ayanna has always enjoyed the art of storytelling throughout her childhood. In 2015, Ayanna received her BA in broadcast journalism. Since 2016, Ayanna has participated in various national poetry slam competitions and has used her gift in order to impact, empower and inspire others. Ayanna is very passionate about social justice, human rights, and civil rights, and desires to be a voice for anyone who would allow her to be.