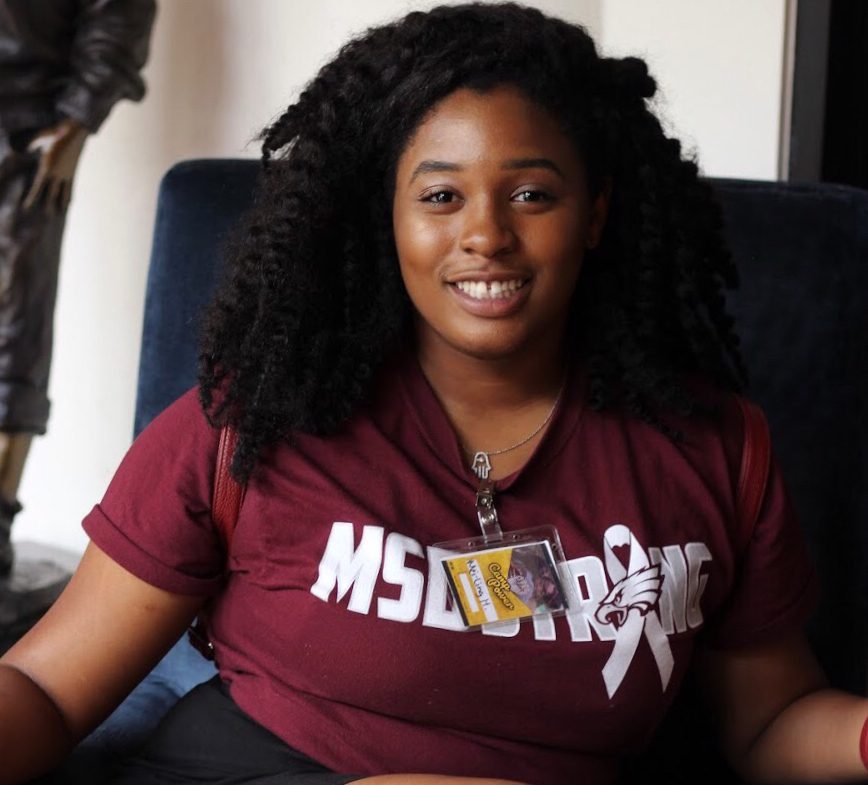 With life changing decisions on the ballot, young people in Florida are gearing up for the 2018 elections to hold everyone accountable and make profound changes in our state’s Constitution.

Take the case of Mei-Ling Ho-Shing, a 17 year old rising senior at Marjory Stoneman Douglas High School and a Parkland school shooting survivor. Although Ho-Shing is unable to vote due to her age, she is a powerhouse in her community on issues related to gun reform, immigration and prison reform.

“Now that the nation has galvanized around this movement my classmates have sparked, I am constantly on the move. Instead of finding a way for me to go to prom my junior year, I’m organizing a press conference in the back seat of the car,” stated Ho-Shing. “It’s like I have left the person I was before the day of the shooting on February 14th.”

Young people in Florida understand the immense value of voting in this coming election, to elect political candidates who put people over politics and, equally important, vote on Constitutional amendments that straighten our civil and human rights.

As a society, we cannot speak about having a democracy when over 1.6 million voices in Florida are systematically suppressed by voter disenfranchisement. Only 4 states in the nation, Florida included, permanently revoke a person’s right to vote if they have a felony conviction.

It is critical to vote in favor of Amendment 4, Florida’s Voting Restoration Amendment.

Amendment 4 will restore the voting rights of those who have served their time and were convicted on non-violent charges. According to the ACLU, one in every 13 African-Americans has lost their voting rights due to a felony, compared to one in 56 non-black voters. The current system targets black and brown communities and we must use our voting power to change that.

“The criminal justice system works against the people to deepen the pockets of those who have political and corporate power. Why is it that African American men make up less than 10 percent of the North American population, but make up nearly half of the prison population?” reflects Allie Jacobs, a young activist in Florida.

In a time of heightened outrage and anxiety, we must exercise the right to vote to advance marginalized communities and achieve true equality for all in Florida.

“After the tragedy at my school, a lot of laws, organizations, and politicians have been exposed. And you tend to wonder how did they get into office anyway? Simple answer, we voted them in. Things need to change and it all starts with voting,” stated Ho-Shing.

The voting restoration amendment will be on the ballot this November along other issues. It is up to voters to make educated decisions as our lives depend on it.

In a the recent gubernatorial debate, all four major Florida Democratic candidates for governor pledged not to take donations from entities that own and profit off the private prison and detention centers such as the Florida-based corporation GEO group. This youth-led effort demonstrates once again the power of grassroot organizing to make profound changes in our society.

“As young people, we have far too much power than the corporations and politicians would like to believe. We have the power to take our voices back and put the spotlight on the people. We have the power to shake the state if we all work as a collective in bringing about change within this broken system,” ended Jacobs.

In this critical times, if you have the right to vote, use it to move Florida and all of its people, forward.

Maliha Kareem
Bio: Maliha Kareem, 20, of Orlando is a junior at the University of Central Florida in Political Science. She is a fellow with the Center for Community Change Action.

I once heard the Florida legislative session referred to as the sixty most dangerous days of the year for people in the state. At the end of the 2019 session, […]