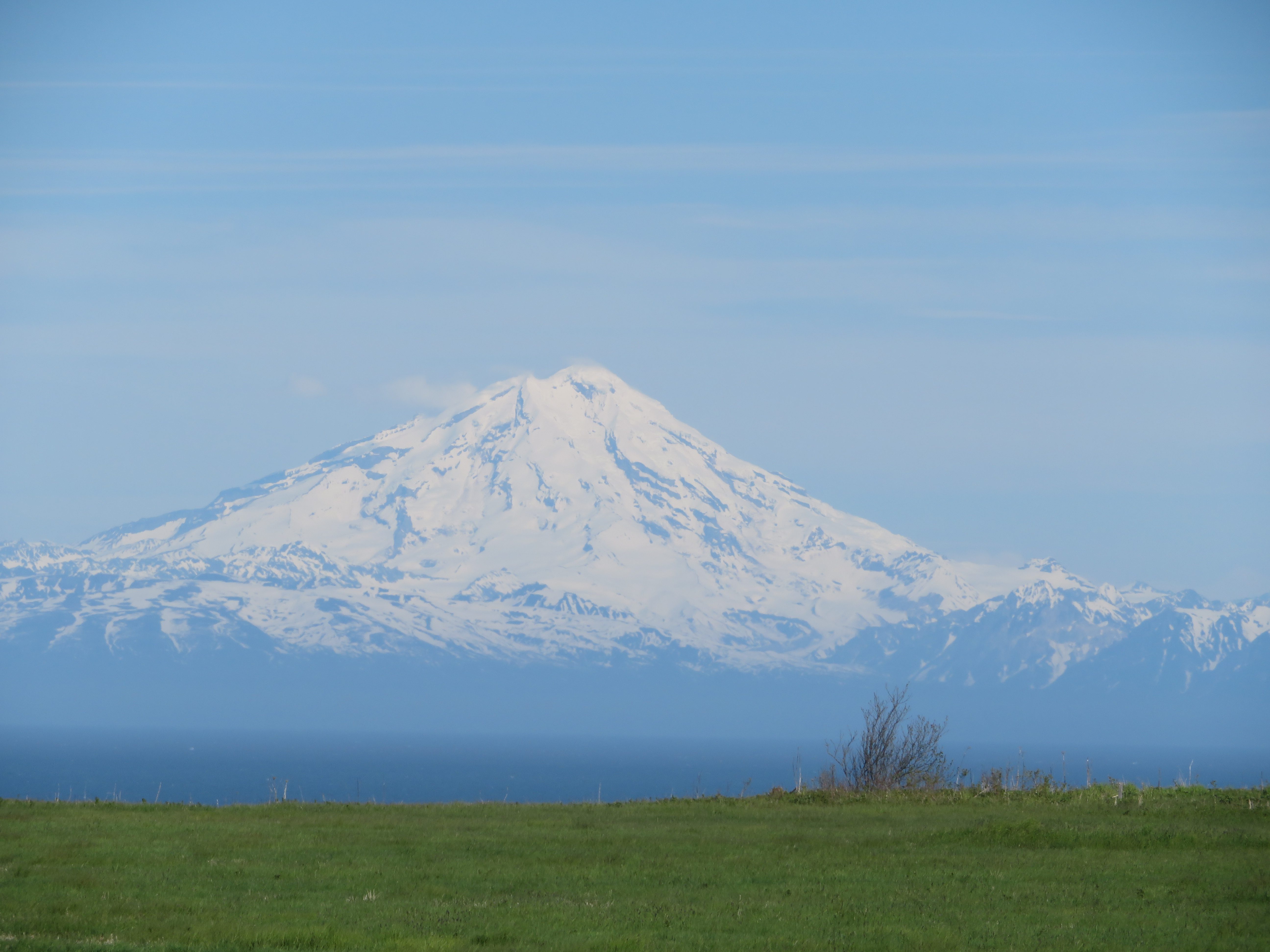 This piece was Co-published with Civil Eats

Sarah was born in the Alaskan village of Utqiagvik (formerly known as Barrow) and she spent a good portion of her youth there. “We lived in Anchorage until I was about 13,” she said. “Then my dad got a job offer in Utqiagvik and we moved back.” When they arrived, the job fell through and it took her father more than a year to find work.

That was just one period when Sarah’s family turned to the Supplemental Nutrition Assistance Program (SNAP) to put food on the table for the first time.

Sarah, who now lives in Anchorage and whose name has been changed to protect her privacy, said she still has family members in Utqiagvik and they have all benefited from the SNAP program at one time or another. “My brother does some work for people, side jobs, but nothing steady. He also subsistence hunts, but my grandparents usually help with that financially and he gives some of the food to them. My family will also occasionally send me money to buy them stuff and have it shipped up,” she said. “It’s expensive, but it’s still less expensive than buying food in the village.”

In rural villages such as Utqiagvik, where groceries are flown in, she says, “a gallon of milk is $13.00 or more, and things like eggs and cheese are as much as $10.00. A small watermelon is around $30.00. It’s cheaper for a family to buy a 12-pack of soda than a gallon of milk.”

Traditionally, rural families in Alaska would rely on subsistence hunting and fishing to supplement their diets. But climate change and cultural changes have affected these activities in a myriad of ways. Tundra doesn’t stay frozen like it used to, making it more difficult to hunt on a snowmobile or sled, and fish, fowl and other animal populations have been depleted. Colonization has changed the way Native Alaskans live and work, with a heavy Western influence that has resulted in loss of language, increases in substance abuse, discrimination, and disregard for culture.

“This time of year, we’d normally be hunting geese,” said Sarah. “But the tundra is often so wet you can’t get a snowmobile into the normal areas. And when you can get them in, the lack of snow means they get stuck easier and more often, which burns more gas.”

For all of these reasons, many of Alaska’s rural residents make use of SNAP (formerly known as food stamps.) Administered by the U.S. Department of Agriculture and distributed by each state’s social service divisions, SNAP is used by nearly 100,000 people in Alaska, which is about 14 percent of the entire state’s population. Proposed House amendments to the 2018 Farm Bill could mean that those 100,000 people would lose what is a huge part of their food allowance. Budget plans for the bill include strict work requirements for all recipients, charging fees to retailers who accept SNAP, and shifting the rising program costs to individual states.

Alaska is unique in its needs. The population is low-only about 700,000 people in the whole state-which means fewer connections and resources for those living in remote areas. Cost of living is high, even in the state’s major cities of Anchorage and Fairbanks, but especially high in rural communities. Inclement weather can ground planes and prevent supplies getting in, or keep people from being able to leave. A “one-size-fits-all” solution that doesn’t consider the unusual aspects of rural life and the state’s distinctive qualities could result in a crisis. Between a fading subsistence lifestyle and amendments to the SNAP program that would mean many rural Alaskans would either lose their benefits or have them drastically reduced, people living in these communities could go hungry.

As one resident of Bethel, Alaska (population 6,300) said, living in the bush is “not the romanticized version of life people think it is.” King salmon runs are at an all-time low this year, putting the people who live in villages near the river systems that supply their fish and stock their winter freezers at risk of running out of food.

Britta Hamre is the SNAP Works Alaska Campaign Coordinator for the Food Bank of Alaska in Anchorage. She was brought on board to assist in coordinating and supporting funding for SNAP in this year’s farm bill. According to Hamre, Alaska’s unusual challenges in regards to food and nutrition make it especially susceptible to the implementation of aggressive work requirements for SNAP recipients. “Much of the work in Alaska is seasonal,” she said. “Employment rates can change greatly based on the season. On top of that, rural Alaska has some of the highest costs of living in the country, both on and off the road systems.”

Because of the higher rates of unemployment throughout the state, Alaska has been able to obtain waivers that exempt many areas from SNAP work requirements, but proposed changes to the current farm bill could be life-threatening for Alaskans living in remote areas. The additional paperwork alone could devastate the program. According to Hamre, processing for SNAP certifications in Alaska is already backlogged, with close to 20,000 cases still pending with Alaska’s Department of Public Assistance (DPA). While the new state budget has allocated for 20 new positions with DPA, it will only serve as a drop in the bucket.

“The administrative burden is already too high for our state,” said Hamre. “And in rural areas, we still use fax and snail mail. If the program is amended and restricted, the additional requirements, documentation, and sheer amount of extra paperwork could mean families losing their benefits.”

Requirements for SNAP include a periodic recertification process, and if that doesn’t happen in a timely manner, recipients’ assistance is cut off. Federal law requires that recertification must be completed within 30 days, but in Alaska, it is taking approximately 45 days to process requests.  Hamre said this means that families in Alaska often go upwards of three months at a time without receiving benefits, all because an already heavily burdened program is unable to process recertifications in a timely manner. “If eligibility changes and we lose our state-wide exemption, it will only hurt the SNAP recipients who truly need and depend on this program,” said Hamre.

Patrick Anderson is the interim CEO of Ruralcap, a community action agency with the mission to alleviate poverty in rural Alaska. Anderson says there is great concern over the potential work requirements. “People who participate in the program would have to put in 20 hours of work each week,” he said. “But there is no work in certain parts of Alaska. Villages such as Hooper Bay, where the unemployment rate is more than 20 percent, or in the Yukon-Kuskokwim district, where it’s nearly 19 percent, do not have the jobs or resources to comply with such stringent requirements.”

On an economic scale, the benefits of the SNAP program go beyond just feeding people. Grocery stores in village communities often make close to 40 percent of their profits from residents who use SNAP. Loss of this assistance could mean fewer people shopping at remote grocers, which would make it much more difficult for them to stay in business.

For people like Sarah, cuts to these programs hit close to home. “I got pregnant with my oldest child when I was very young,” she said. “I was living in the village and couldn’t find a job. I ended up babysitting a few days a week to make ends meet. I didn’t use SNAP myself but I did use the WIC program [Women, Infants and Children food assistance] for milk, eggs, cheese, and other items. I would’ve been eating Top Ramen every day if I didn’t have help.”

Anderson sees SNAP as a necessary part of life in rural Alaska—at least for now. “While we are working on creating different options and opportunities, such as hydroponic farming, in rural areas SNAP is still crucial,” he said.

Sarah breaks it down to something much simpler. “In the long run, these programs are what helped me become more self-reliant,” she said “Using WIC, I was able to get proper nutrition and had less stress, which in turn led to me making the decision to further my education and improve my life. My family and other people in rural Alaska would never make it without programs like SNAP.”

Jody Ellis
Bio: Jody Ellis is a freelance writer, screenwriter and author. Her work includes regular publication in trade and regional magazines, online content, copywriting, award-winning screenplays and two published books. Born and raised in Alaska, she has lived all over the state, currently making her home in Anchorage. She is a single mom to two, pet mom to several, and an advocate of building a voice for marginalized communities in Alaska.

Implementing strict work requirements for safety net programs—particularly the Supplemental Nutrition Assistance Program (SNAP)—has been a recurring goal for many GOP leaders and the Trump administration. Concerned observers breathed a […]

June 2018, after the House passed its farm bill (H.R.2) with harmful SNAP amendments, the Senate passed its bill (S.3042) with bipartisan support that would mostly maintain SNAP status quo. […]

This housing experiment brought struggling seniors and young families together. Did it work?

Genesis, means the beginning and the first. The community of Genesis was the brainchild of the nonprofit organization, MiCasa. It was planned as a purpose driven, intergenerational, affordable housing program, […]

Out of Time: Work Requirements and College Life

Almost one in eight Americans live under the discriminating tyranny of food insecurity. Bureaucratic hurdles to the Supplemental Nutrition Assistance Program (SNAP)—formerly known as food stamps—stunt the strides of hardworking […]