How do we work to redeem America’s soul? 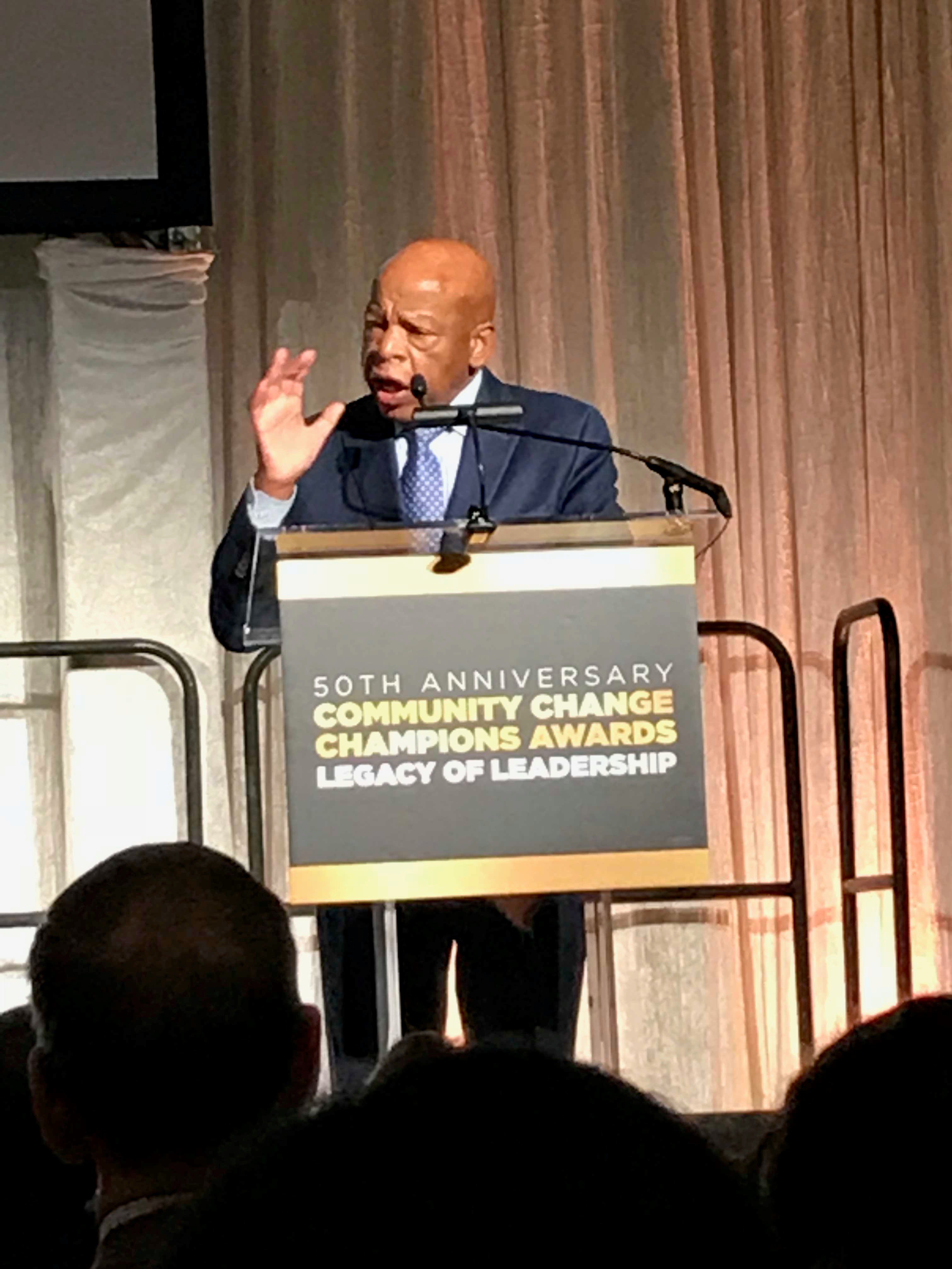 This piece originally published in the Atlanta Journal Constitution.

From the recent, unabashed public expressions of white supremacy to immoral policies of ripping immigrant children away from their parents to draconian efforts to gut programs that help struggling families keep their head above water, our nation is in a moral crisis.

It seems we’ve lost our way.

But no one said the fight for racial and social justice would take a linear path. No one said it would be easy. Yet, as the Rev. Martin Luther King Jr. preached, “Our lives begin to end the day we become silent about the things that matter.” We cannot be silent now.

Fifty years have passed since the stunning assassination of Dr. King. But his powerful legacy lives on. As the fifth pastor of this historic church, I proudly stand on the shoulders of a long line of freedom fighters. Because freedom is never free and is always at risk, each new generation must take up the fight. That’s why it’s time once again for the black church, and the faith community as a whole, to rise up as a guiding light for justice.

Let’s rise up against mass incarceration and police brutality extinguishing young black and brown lives before they ever really have a chance.

Let’s rise up against those who value profits over people, raiding the federal treasury for huge corporate tax cuts at the expense of working families who are doing everything they can to make ends meet.

And let’s rise up against all forms of oppression – in our schools, at our borders, and at the voting booth – so that every person has the opportunity to reach their God-given potential.

As we rise up against these injustices in America, we should not feel despair because all around us there are beacons of hope. There are everyday heroes – both in the spotlight and behind the scenes – who have picked up Dr. King’s mantle and are working to bend the arc towards justice. I see freedom-loving people in my own congregation and in communities across America – caring for their families and fighting for a country that gives all of our families a fighting chance to succeed. We at Ebenezer Baptist Church, where Dr. King served alongside his father from 1960 to 1968, continue this fight through our advocacy for bail reform, hosting massive expungement events, fighting for a living wage and access to healthcare. We need moral and courageous leaders, like Congressman John Lewis who has been at the forefront of every major civil rights fight of the last half century. And we need organizations, such as the Center for Community Change (CCC) – founded the same year Dr. King was murdered and carries on his legacy – which is building the capacity of communities of color and low-income people to be the change in their communities and across the country.

Last week, as CCC marked its 50th anniversary of rising up in the name of social and racial justice, I joined them in honoring Congressman John Lewis, leaders of the Fair Immigration Reform Movement who are fighting to keep families together and reform our desperately broken immigration system, and other social justice champions. In these dark times, we celebrate the light.

Faith and justice, sacrifice and courage. This is what all the great faith traditions teach us. And this what it will take to redeem the soul of America.