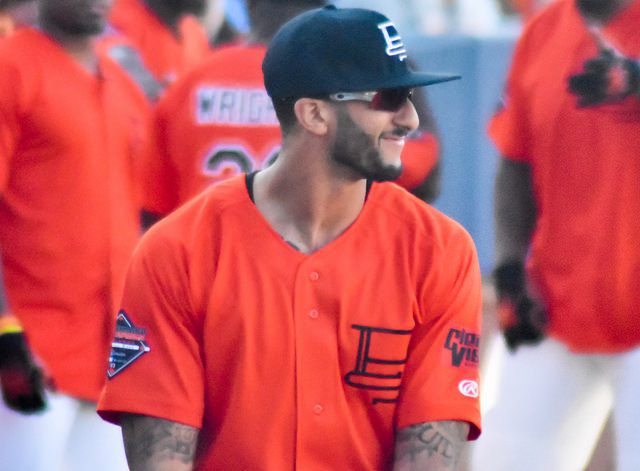 In recent weeks, two Americans galvanized media attention for their bravery, taking  stances that inspired gratitude and support for their causes.

Neither is a politician or has run for public office. They were thrust into the spotlight because of their willingness to represent the victimized people denied the opportunity to speak for themselves in public forums, in courtrooms and in congressional hearings.

They exemplified the spirit of social activism — both stood in the limelight willing to reveal the underbelly of the truth in America while exposing themselves to personal attacks.

Instead, they were rewarded with unparalleled appreciation from the people who’ve been assaulted or attacked by how they look, where they are from or how much money they make.

They both also met with intensely vitriolic and disdainful diatribes against them, racist and sexist hostilities, even death threats . People who don’t want to hear the truths they spoke about hated them.

I shouldn’t have to name them. The backbone they have displayed in their respective situations should make their names as obvious as their causes have been worthy.

Beginning in 2016, football player Colin Kaepernick spent two years waging a war with the NFL, and  President Donald Trump over his right to kneel in front of the American flag during the playing of the National Anthem before a game. He supported other athletes’ right to engage in protest actions. But his point was not to insult the flag ( which is a symbol of every American’s right to free speech). His mission was to draw attention to Black Lives Matter, and the deplorable record of police brutality, illicit arrests, and unjustified shootings that have resulted in the deaths of unarmed  black Americans.

Kaepernick — whose silent protests gained momentum, leading other star players to  join him — was mocked by President Trump. He then was effectively blacklisted from the NFL for refusing to “let it go” and continuing to assert his First Amendment right to speak out.

Since March, 2017, no NFL team has picked up Kaepernick. It’s clear that the reason is because he has refused to commit to ending his kneeling protests.

The threatening possibility looms over Kaepernick’s head that he may be barred from the NFL for life.

This appears to be the goal behind his blacklisting  — the complete ruin of a potentially great career. But in September we heard from Kaepernick again. This time, he was the face in ads representing the latest Nike “Just Do It” campaign.

The folks who hate Kaepernick and his social justice fight responded badly, bordering on a book-burning hysteria, as the haters burned their Nike tennis shoes.

Why? Not because Kaepernick has been reinstated to the NFL. (He hasn’t). But simply because his career has not been squashed, nor his voice silenced. His image will appear in a repeated Nike ads where he says, “Believe in something, even if you sacrifice everything,” implicitly invoking his anti-police brutality mission.

He stands guilty of reminding his haters that he believes in racial equality and justice.

Dr. Christine Blasey Ford– in a highly charged political environment — appeared before a Senate committee, letting the world hear her testimony that Supreme Court Justice nominee Brett Kavanaugh violently sexually assaulted her in high school. Dr. Ford delivered her testimony at the hearing in a distinguished manner, while Kavanaugh  later refuted her by bawling, and snarkily dismissing questions, behavior that left substantial doubts whether he committed willful perjury or  possesses the maturity to sit on the Supreme court.

Christine Blasey Ford honorably represented sexual abuse victims and survivors by not flinching from her ethical responsibility to increase awareness that sexual assault is prevalent. She has been lauded by American women, and women sending her thank-you notes from across the world.

She has also bore the brunt of social media rants (encouraging the kind of behavior she testified against). Death threats have hounded her in such substantial volumes that she and her family have been unable to return home. “It’s been very frightening” says Christine Blasey Ford’s attorney.

What has Christine Blasey Ford done to deserve a barrage of death threats? She stands guilty of disturbing male complacency over sexual abuse.

But of course neither Kaepernick, nor Ford are “guilty.” The truly guilty are the people who want to sustain a culture of denial. The truth is that the hatemongerers have a bad conscience. The zealots rage because they cannot stomach reminders that police misconduct is rampant, and the pervasiveness of sexual abuse against women is unconscionable,

They must “shout down” Kaepernick and Ford because for them only their mad denial can continue to hide the magnitude of the problem.

But as we’ve seen with Ford’s and Kaepernick’s example the numbers of Americans willing to speak out is growing and that’s the only way we can stop the hate and demagoguery blinding America today.

Darryl Lorenzo Wellington is a poet and a communications fellow for the Center for Community Change. His latest chapbook is  Life’s Prisoners.