But fandom aside, I am a black mother first, last and always and this is racial injustice at its best. 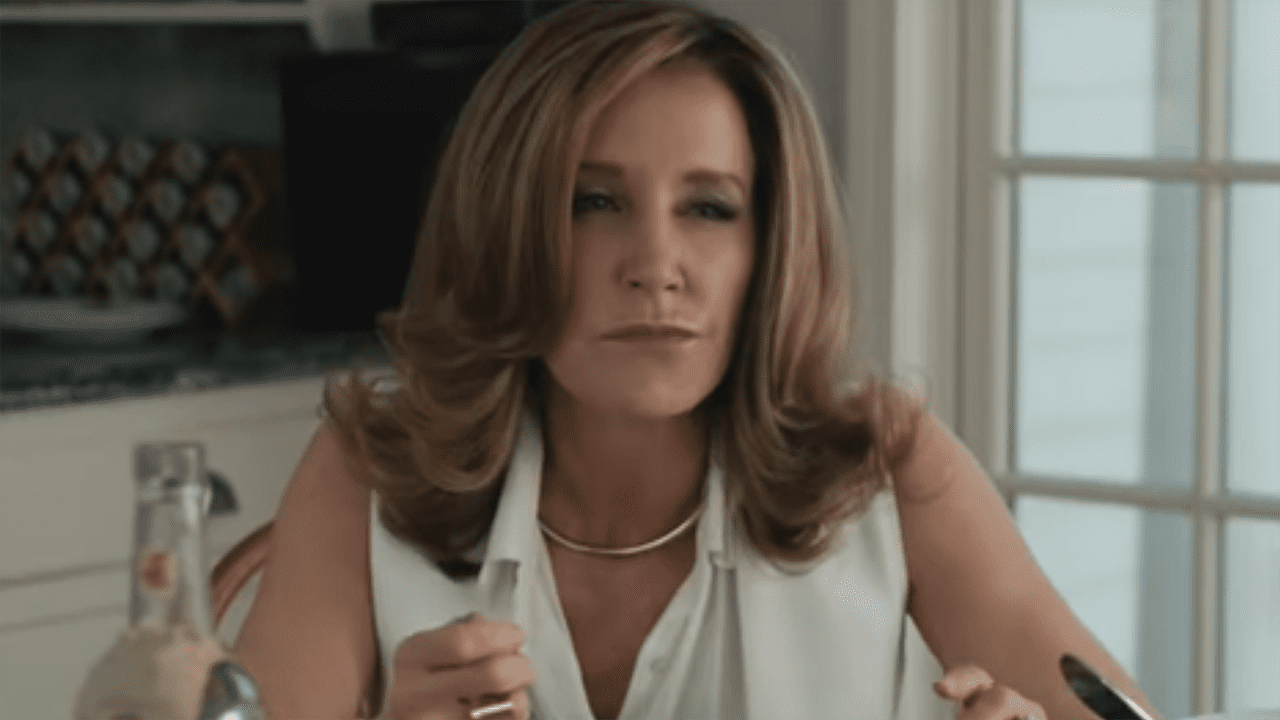 Before I get into this two minute jail sentence for actress Felicity Huffman’s role in the college admissions scandal, let me start by saying that I am a mom. I have given birth to four African-American children. Two are adults, one of whom is a college graduate. But secondary to being a mom, I’m also a first generation college graduate who has been working in higher education for two decades. So with that mouthful I say, what the heck?

Two weeks? Fourteen measly days? A total of 336 hours in what is being described by a former inmate as a college dorm room. For the former Desperate Housewives’ star role in the largest college admissions scandal in history.

Listen, I don’t have anything against the actress personally. I really don’t. I mean I just watched the movie Otherhood starring Queen Mother Angela Bassett with the future jailbird as one of her co-stars. As a matter of fact, I’m going easier on her because her Shameless star husband, William H. Macy, is a favorite of mine.

But fandom aside, I am a black mother first, last and always and this is racial injustice at its best, on full display for the world to see.

The worst part is not even the short, almost non-existent punishment for the white, rich, privileged, well-connected celebrity – but that feeling of violation and blatant prejudice most of us people of color know all too well.

Might I remind you of Kelley Williams-Bolar? If that name isn’t familiar to you it’s because she’s not rich, or famous, or white. She’s an African American mother who served nine days in jail back in 2011 after she was found guilty of using her father’s address. Yes, you heard me right. She used her parents’ address in Akron, Ohio, to enroll her daughter in a better school district. Yet, Felicity Huffman will serve only five more days in prison, and she and her co-conspirators are responsible for the costliest college admissions scandal. Look, I’m not saying that lying is all right, or any different or better than bribery, knowingly conspiring to deceive, but let any parent who has never told a lie–especially to help their child—stand to be judged, and maybe prosecuted.

That’s what I thought.

So what’s the real issue here you say if it isn’t lying or bribery?

Well, if it is not obvious, it’s the continuous, constant, and consistent abuse, discrimination, maltreatment, oppression, wrongdoing and inequality people of color experience on a daily basis and seemingly in every aspect of our lives.

One minute we are accused of being lazy, poor, uneducated and living off of good taxpayers while at the same time being disproportionately accused, arrested, tried and convicted for petty crimes our white counterparts are not even looked at twice for.

As an educator who works with historically disadvantaged and underrepresented students of all ages, I read application essays, sit in on entrance interviews and witness the struggle of what our students of color and their parents attempt daily in hopes of a better life for them and their children.

So. Yes, I take this personally for me and for them.

The good news is that at least there was some effort to punish the accused by this judge, if not by the limited days in prison, but by the public embarrassment and ridicule these parents will face however short lived it may be.

I will say that it does appear that Ms. Huffman displayed some remorse for her actions, which doesn’t seem to be the case of her other famous co-conspirator Lori Loughlin. If you are an 80’s or 90’s kid, we are talking about innocent Aunt Becky whose social media influencer daughter is still publicly partying and living large in front of her followers. Adding insult to injury, she claims in a video to not even care about school.

Can we just say membership definitely has its privileges? And no matter how much money you have, some people just can’t buy a clue.