0 Shares
Share
Tweet
Share
I vote because my life depends on it, literally and figuratively. As a Black, queer, low-income mother, another four years of what we’ve had feels like I’m signing over my own death certificate. 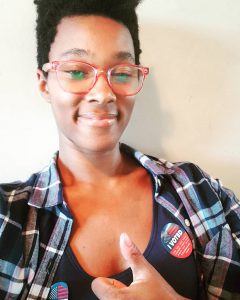 The reasons why I vote become more and more personal with each election cycle. This year is the most personal yet; I feel like so much is at stake this year. I vote because my life depends on it, literally and figuratively. As a Black, queer, low-income mother, another four years of what we’ve had feels like I’m signing over my own death certificate.

I vote because I’m Black. This country doesn’t ever feel 100 percent safe for me. But it’s only become increasingly more dangerous in the last four years. And the fact that our current president has actively been putting white supremacists on alert is incredibly terrifying for me. How do I know that I won’t get shot or attacked doing something like grabbing a coffee or grocery shopping? It feels like if he wins, it’ll be open season on people of color. Because now the racists are so riled up, and they will have permission to do whatever they want.

I also vote because I’m queer. I’m in a relationship with another woman and we’re planning to marry. And I know that if the wrong people come to power, they will try to strip us of our right to marry. Marriages that aren’t federally recognized are basically fake. What if something happens to one of us? I don’t know if I’d be able to advocate for her if she fell ill. We’re raising my son from a previous relationship together. Would she be able to still have a relationship with him? And what happens if we have another child together, which we’re planning to do? The fact that people want to strip us of our rights simply because we’re two women is infuriating.

I vote because I’m a mother. My son is mixed race, his father is white. He is living in a time where his racial makeup is normalized, but there are still plenty of people who will not understand him. I want him to live in a world where he doesn’t have to worry that something is going to happen to me because I’m Black. He does that already and it breaks my heart. I want to leave a world behind for him to inhabit. If we don’t take care of the planet, I’d hate to think of what his life would be like as he grows up.

I vote because I’m part of the working poor. I don’t feel like I’m ever going to get out of debt, and I’m just working to keep my head barely above water. Poor people don’t stand a chance in this country without major structural change. I’m voting for people to have a livable minimum wage. And for affordable access to things like health insurance, child care, and housing. As a freelancer, I can make enough to keep a roof over my family’s head, but if housing was more affordable, we could live in a bigger space.

But mainly, I vote because it’s my right. Everyone deserves to have a voice. 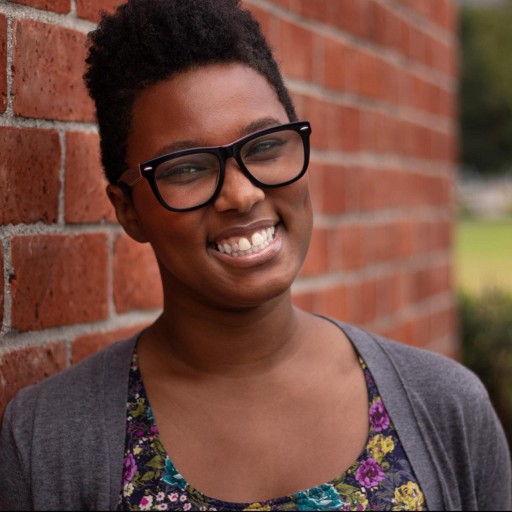 Sa'iyda Shabazz
Bio: Sa'iyda Shabazz is a mother and writer. She lives in Los Angeles with her partner, son and pets. She regularly writes for Scary Mommy and has had works published by The New York Times and The Washington Post. She loves pop culture and social justice.