I Vote Because I Want To Be a Cause Beyond Myself

I wasn’t eligible to vote until the 2012 Presidential election. During that time, I was a freshman in college attending an out-of-state university and was instructed to cast my vote by mail in order to be counted in my home state. As time passed, I procrastinated and kept pushing it off. As the deadline for absentee voting drew near, I began to talk myself out of voting. I was confident the candidate I wanted to win would win, with or without my vote. 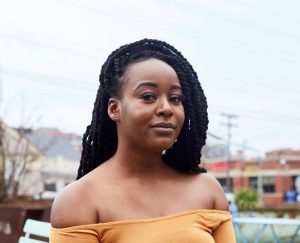 As the results were announced, I began to feel ashamed. Although the outcome was in favor of my candidate of choice, I saw the pride people had in knowing they participated. I saw the joy people had in making a difference. The excitement from being a part of something so monumental. I, however, could only share my excitement of wanting the same outcome.

At that moment, I realized I was a part of a much bigger problem. I was in the number of people who didn’t care enough to make a difference not only for myself, but for others. It was an act of selfishness, negligence and insensitivity. I didn’t think about those who needed my vote for the betterment of their lives. I didn’t think about people in need of better healthcare, folks who were deserving of a livable wage, or those who desired better resources in their community. I only thought of myself, not even realizing that I, too, am affected.

Now that I am older, a part of the working class, and more aware of how elections impact everything around me, I can’t imagine not using my power to vote.

For one, I benefit from the Affordable Care Act. Without it, I wouldn’t have access to affordable or quality health care. Like millions of other Americans, I was left unemployed during the early months of the coronavirus crisis. Had it not been for legislation like the CARES Act, I wouldn’t have been able to make ends meet. These are the types of legislation we have power to control when we choose to vote.

Since the 2012 Presidential Election, I vowed to participate in all elections nationally and locally. I vote because I want to be a cause beyond myself. I want to show that I care about my community and the people in it. I want to be able to celebrate when my candidates of choice win, while also knowing that even if they don’t succeed, I did my part. I vote not only for today, but for the future. For myself and for others. I have learned that voting is about selflessness, compassion and community and I never want to miss an opportunity to be a changemaker ever again.

Ayanna Albertson
Bio: Ayanna Albertson is a spoken word poet and writer from Durham, NC by way of Goldsboro, NC. Ayanna has always enjoyed the art of storytelling throughout her childhood. In 2015, Ayanna received her BA in broadcast journalism. Since 2016, Ayanna has participated in various national poetry slam competitions and has used her gift in order to impact, empower and inspire others. Ayanna is very passionate about social justice, human rights, and civil rights, and desires to be a voice for anyone who would allow her to be.