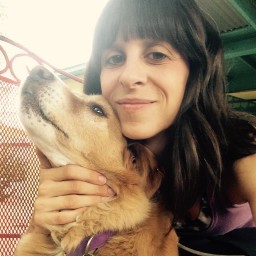 Bio: Debbie Weingarten is based in Tucson, Arizona and writes at the intersection of agriculture and social justice. Her work has been featured in Guernica, The Guardian, The Economic Hardship Reporting Project, Longreads, Vela, and many others. She was the nonfiction winner of the 2017 Tom Howard/John H. Reid Fiction & Essay Contest and a 2017 Best of the Net nonfiction winner. Her essays are included in the 2016 and 2017 Best of Food Writing anthologies. She has won several Arizona Press Club awards for her environmental, social issues, human interest, and profile writing, and Honorable Mention for the National Press Foundation’s 2017 Carolyn C. Mattingly Award for Mental Health Reporting. She is an activist, a former vegetable farmer, and a writing partner for the Female Farmer Project, where she documents the rise of women in agriculture.

Part 2: The Fight for Medicaid by Colorado’s Disability Community In 2017, when Medicaid was once again on the congressional chopping block, the largest national organization for civil rights for […]

Meet Colorado Cross Disability Coalition Advocates Dawn and Shannon When Dawn Howard was two years old, her parents were told that she would not likely have “any intelligible speech.” But […]