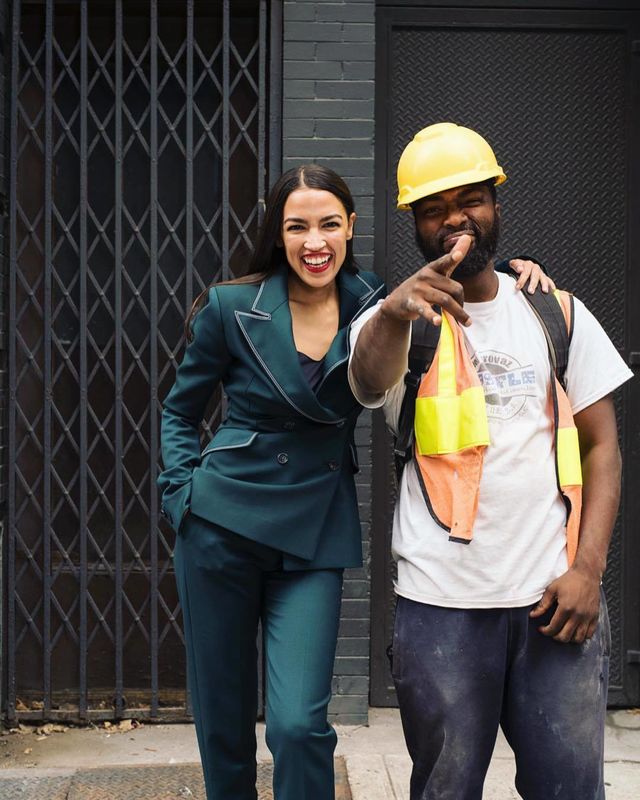 If you live in New York, as I do, it is hard to not notice and hear about house freshman Representative Alexandria Ocasio-Cortez. Although, I somehow doubt that she is a stranger to those who do not reside in the Big Apple.

Ms. Ocasio-Cortez is known for amplifying the conversation on single-payer health care by supporting Medicare for all, as well as climate change via her Green New Deal. Now, the New York political tyro is hoping to bring awareness to the plight of the poor, the same way she has elevated discussion on health care and climate politics.

Didn’t I tell you it was an ambitious proposal? Yet ambition, boldness, specificity and good old fashioned chutzpah is exactly what is needed to get things done with our country’s seemingly old way of handling new business.

While some of these ideas are not new and unique to Ms. Ocasio-Cortez, she might just have the momentum, followers and support to get it done.

Taking into account the new normal of necessities is, in my opinion, where she separated herself from the rest. Whereas some politicians might not think or even know to consider internet service as a basic need, the freshman representative from New York understands the disadvantage lower income people experience when they or their children are unable to access the World Wide Web from home.

Everyone is not using the internet to stream movies or watch Netflix. To some of our most vulnerable Americans the internet might be their only connection to the outside world. A way to apply for jobs, access benefits, update skills, communicate with their child’s teachers or even to access grades and school assignments. What was once thought of as a luxury item to have in your home has evolved into a basic needed service much like heat, water or electricity.

In upstate New York, where I live, internet service costs upward of $100 per month and there’s only one provider, so no shopping around for a cheaper price. Combine that with a cell phone plan and we are looking at hundreds of dollars a month just to stay connected. Perhaps in the early to mid 1990’s, more than two decades ago, these items were optional, but in today’s globally-connected world, one shouldn’t be expected to live without a cell phone or internet provider any more than they are expected to live and thrive below the current poverty line.

According to the U.S. Census, in 2015, 43.1 million people in the United States lived in poverty. That’s 13.5% of Americans living at or below the poverty line, which doesn’t account for those hovering near poverty that would well exceed nearly a third of the population, around 100 million people.

But people struggling to get by are not the only ones impacted. Middle class workers have to deal with lower wages and no pay increases while they fight for affordable housing.

For people of color, undocumented immigrants and the formerly incarcerated, the problems are much worse.

If Ocasio-Cortez has it her way, the federal response to these issues would change the current administration’s approach of tightening federally-funded programs for those who need the resources most. By adjusting for family size and geographical differences in the costs of items we most use, we might really be able to start leveling the playing field.